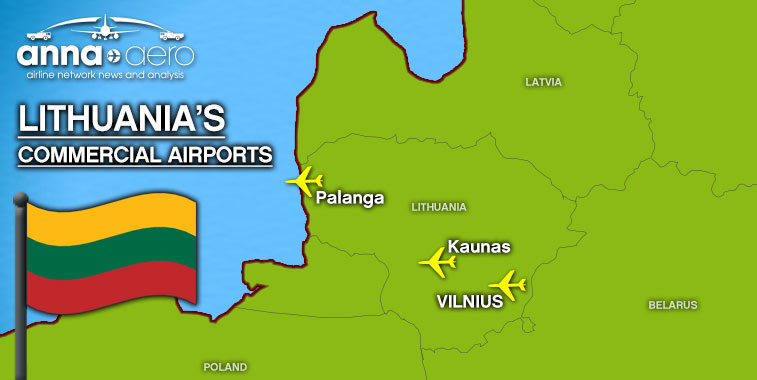 Lithuania is served by three commercial airports, with Vilnius being the largest. In 2014, 3.8 million passengers passed through the terminals at these airports, a result of passenger traffic growing 8.4% on the previous year. However despite this, growth is not as fast-paced as it was a few years ago.

Lithuania is the most southern of the three Baltic States, lying to the north-east of Poland. One of the favourite places that anna.aero likes to visit is Aukštaitija National Park (some say this is where anna.aero’s data elves originate from). For the best experience of the park, it is best to go to Ledakalnis Hill, where the most spectacular view of Lake Baluošas can be found. The best way to get to this spectacular country is of course by air, and in Lithuania you have the option to fly into three commercial airports, Vilnius, Kaunas and Palanga. 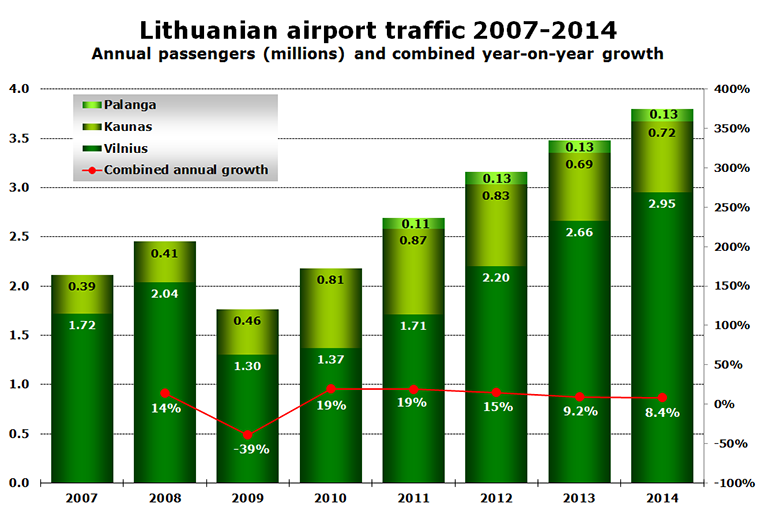 As expected, Vilnius has the majority of seat capacity in Lithuania, and last year the airport serving the capital experienced a surge in passenger traffic of 10%, while Kaunas witnessed a growth of 4.2%, and Palanga remained constant. Although 2014 was a record year for Lithuania in relation to passenger numbers, it was however one of the slowest growth years seen in recent times. Nonetheless, with an average growth rate from 2007 of 6.4%, last year resulted in the country seeing above average growth. The average growth figure is low as a consequence of Lithuania seeing a 39% decrease in passengers in 2009. One of the main factors resulting in this decline was because of the bankruptcy of the national carrier FlyLAL. 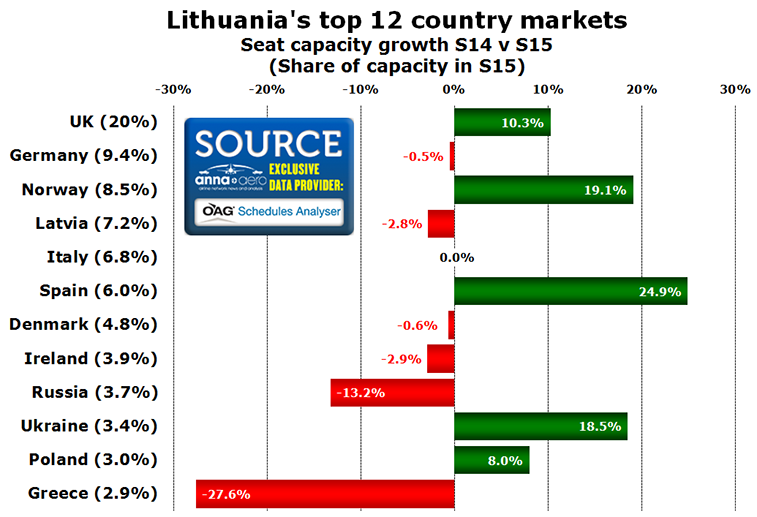 The UK remains the number one market from Lithuania, and this summer the country market is seeing a growth in seat capacity of 10%. The country market will expand further in September when Wizz Air introduces a new route between Vilnius and Glasgow, complementing current services by the carrier to Doncaster Sheffield, London Luton and the recently launched Belfast International, which started on 22 April. Only two airlines operate between the two countries, with ULCC Ryanair being the other. Of the 11 routes operating between the two nations this summer, only three are operated by Wizz Air, and surprisingly, neither airport pair is competed on directly. A further breakdown of the S15 market between Lithuania and the UK can be seen in more detail in the table below.

Poland enters the top 12 country market in S15 after seeing a growth in seat capacity of 8%. The reason for Poland entering the top 12 is not just because of growth, but also a result of Estonia, which was 11th in S14, seeing a seat capacity reduction of just under 80% compared to last year, and means it finishes down in 24th position for S15. The reason for the rapid decline is because Estonian Air is now the only carrier on the route between Vilnius and Tallinn, due to Air Lituanica ceasing operations in May. Other noticeable changes in the top 12 include Norway overtaking Latvia to become the third most popular country market, while Spain leapfrogs Denmark into sixth place. 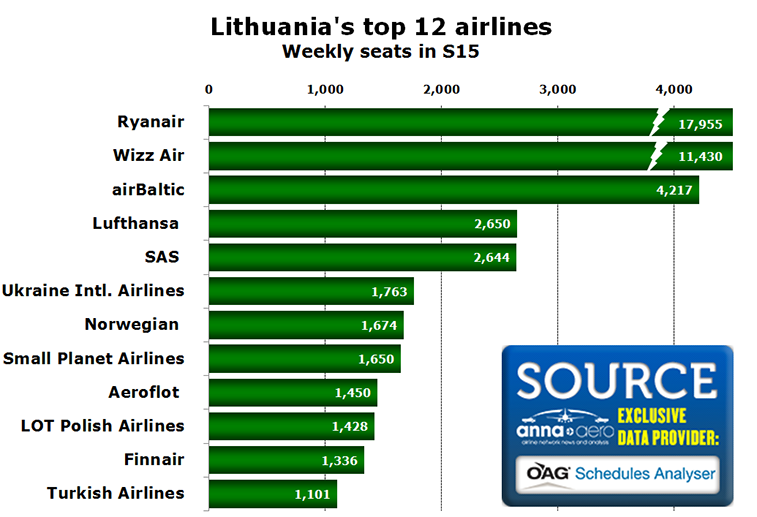 Ryanair is still the number one carrier in Lithuania, occupying 34% of seat capacity in S15, while Wizz Air holds 22%. Nonetheless, Wizz Air is the faster growing of the two, increasing seat capacity by 19% when compared to last year, while the Irish carrier only increased by 9%. Overall, LCCs command 60% of seat availability out of Lithuania, with the latest to join the LCC network being WOW air in 2012 with a weekly service from Reykjavik/Keflavik, a route that has not seen expansion since launching three years ago.

airBaltic to the rescue

Due to the unfortunate end of Air Lituanica recently, airBaltic has stepped in to help continue the passenger growth that Lithuania’s airports have experienced over the past couple of years. From September, the airline will introduce services from Vilnius to Berlin Tegel, Brussels, Helsinki, Paris CDG and Stockholm Bromma, all joining the recently launched service to Amsterdam. The result means that airBaltic will increase seat capacity by 32% from S15 to W15/16 in Lithuania. 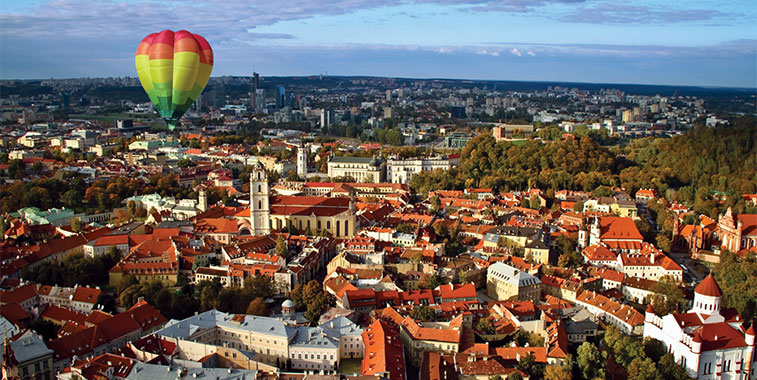 In March 2016, Vilnius will be hosting the CONNECT 2016 conference. Between the 13 and 15 March, more than 50 airlines and 150 airports will arrive in the Lithuanian capital for the event being held at Lithuania’s National Gallery of Art.