Air travel in China still booming; international traffic growing really fast; some domestic routes served by as many as 10 airlines The growth in demand for air travel to, from and within China shows no signs of slowing down in 2015, despite some concerns about developments in the country’s economic performance. Figures from the Civil Aviation Administration of China (CAAC) reveal that in the first five months of 2015 domestic passenger numbers were up 10.5% to 158.7 million. While this continues to be impressive the real development has been on international services where passenger numbers from January to May are up a whopping 39.4% to 16.6 million compared to the same period in 2014. 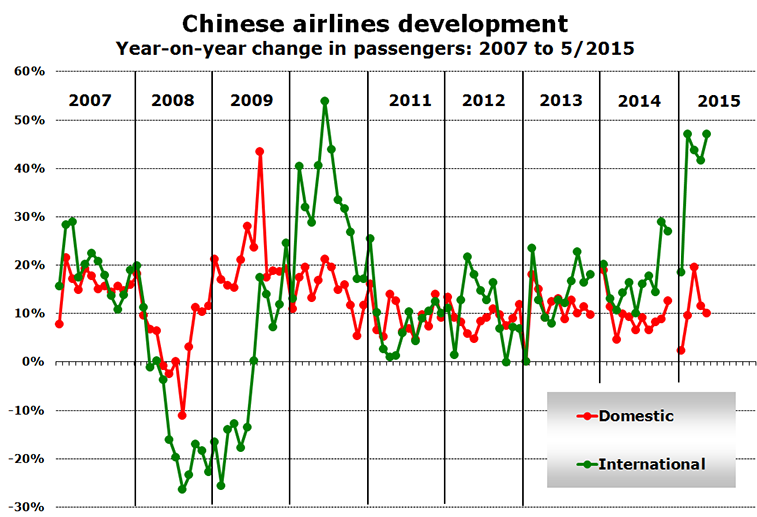 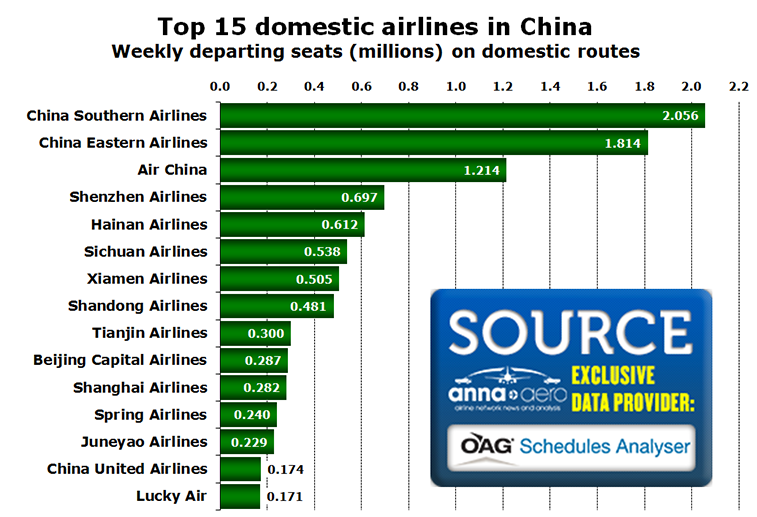 Analysis of OAG Schedules Analyser data for August 2015 and August 2014 reveals that international seat capacity across all airlines serving Chinese airports is up 12.8%. All of the top 15 airlines have increased their international capacity to and from China during the last 12 months, with the exception of Hong Kong Airlines. 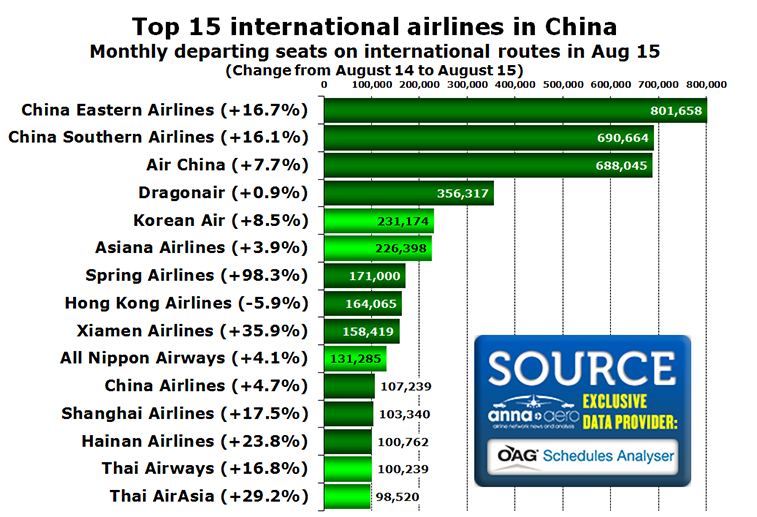 Carriers not based in China, Hong Kong or Taiwan are shown in bright green and are led by South Korea’s Korean Air which has overtaken Asiana Airlines. The fastest-growing airlines in the international market among the top 15 carriers are Spring Airlines (+98%), Xiamen Airlines (+36%) and Thai AirAsia (+29%). Spring Airlines is only the 12th biggest airline in the Chinese domestic market, but ranks fourth among Chinese carriers for international seat capacity. A total of 121 airlines are currently operating international services to Chinese airports. New additions in the last 12 months have been Air Arabia, Nok Air, Turkmenistan Airlines, Ukraine International Airlines and VietJetAir, as well as the return of Alitalia which resumed flights between Milan Malpensa and Shanghai Pudong at the beginning of May. 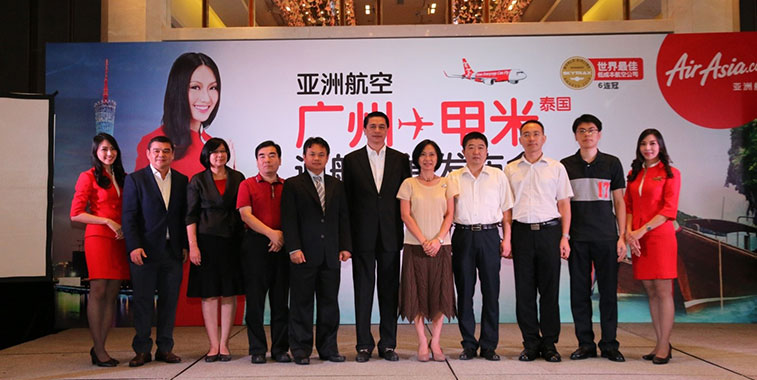 Thai AirAsia is now one of the top 15 airlines operating international services to China. It has grown capacity by nearly 30% in the last 12 months and added two new routes; Krabi to Guangzhou (6 November 2014) and Chiang Mai to Chongqing (25 September 2014).