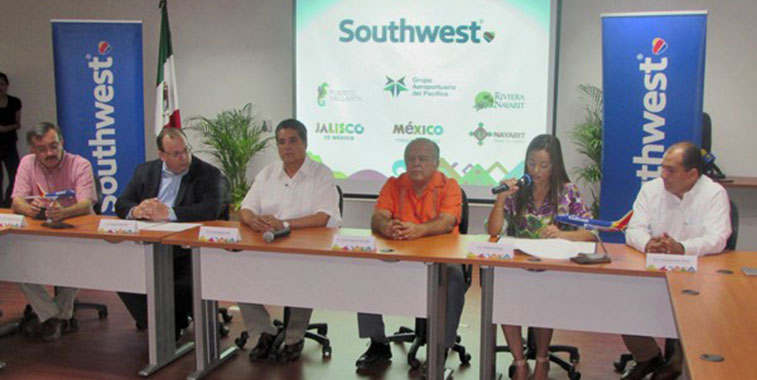 Although Southwest Airlines is fairly new to the US – Mexico market, the carrier has expanded operations significantly between the two countries since acquiring AirTran Airways. After launching services to Cancún in August 2014 by taking over two of AirTran’s routes, the airline has grown seat capacity by 339%, and now operates a total of nine city pairs between the two countries. 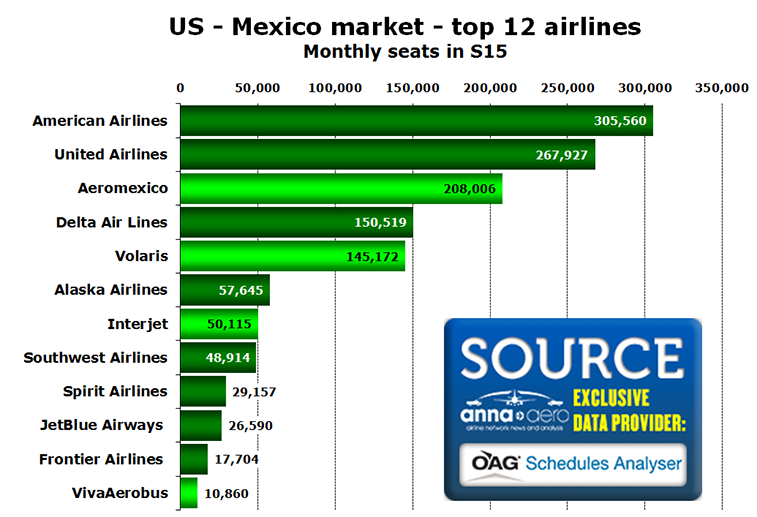 As a result of the merger that has taken place between American Airlines and US Airways, the combined operation has resulted in American becoming the number one airline to operate between the US and Mexico, with it reporting a seat capacity increase of 32%. However, the airline is not the fastest growing in the market, a title that is awarded to Southwest Airlines. With Southwest having acquired AirTran Airways, the LCC is reporting an increase in seat capacity of 339% when compared to the corresponding period last year. If we take the carriers that have been merged and acquired out of the mix though the fastest growing carrier is VivaAerobus, which has grown seat availability between Mexico and the US by 219%, a result of the airline launching services on six new city pairs between the two countries in the past 12 months according to OAG Schedules Analyser data. 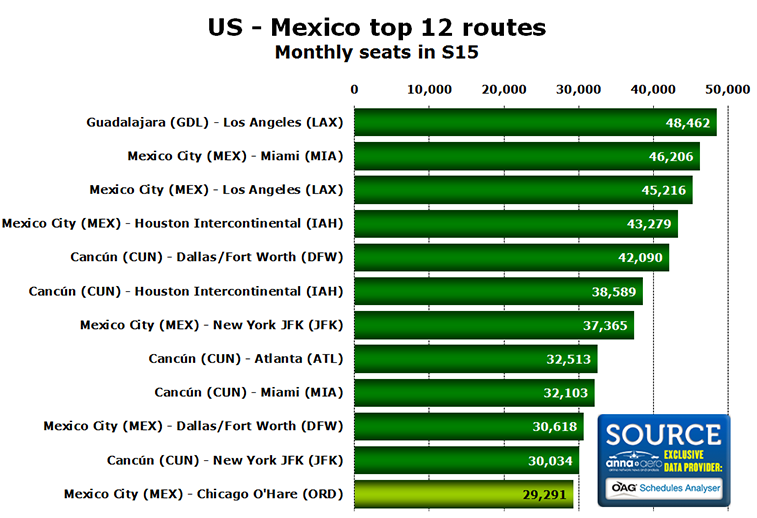 The route between Guadalajara and Los Angeles remains the number one between the two countries when compared to S14, helped by the city pair seeing an increase in seat capacity of 12%. The sector is served by a total of five carriers in S15, with Volaris leading the race with 36% of the market. Delta Air Lines however has grown the most on the city pair by increasing the amount of monthly flights it operates by 37% when compared to S14. A new carrier to the route is American Airlines which replaces United Airlines who no longer serve the sector. Of the top 12 routes, only one (highlighted in light green) is a new entrant. The sector between Mexico City and Chicago O’Hare replaces services from the Mexican capital to Atlanta. The fastest growing route in the top 12 is between Cancún and Houston Intercontinental, which is showing a seat capacity increase of 31% when compared to the corresponding period of last year. The rest of the routes in the top 12 achieved an average growth in seat capacity of 11% over the past 12 months. 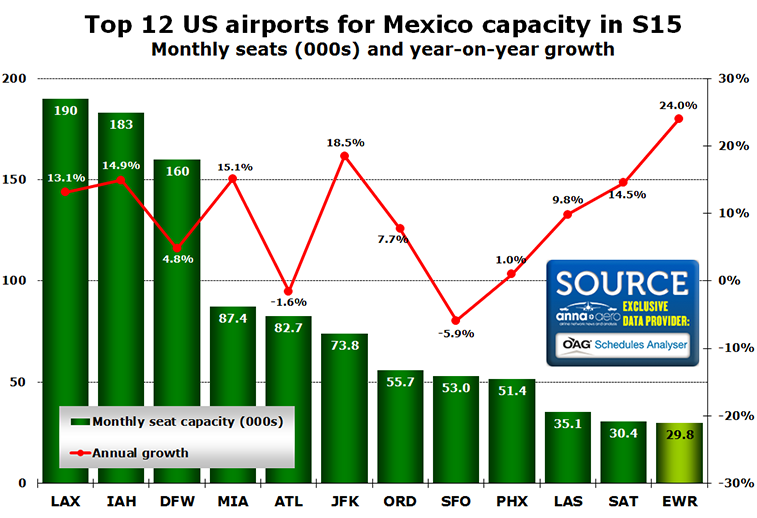 New York Newark enters the top 12 US destinations from Mexico in relation to seat capacity. The airport replaces Charlotte Douglas, which is reporting a decrease in capacity of 0.7% when compared to the same period of last year. The top three airports remain unchanged when compared to S14, with Miami overtaking Atlanta to take the fourth spot. The only other noticeable change in the top 12 airports is that Chicago O’Hare has overtaken San Francisco to gain seventh place. 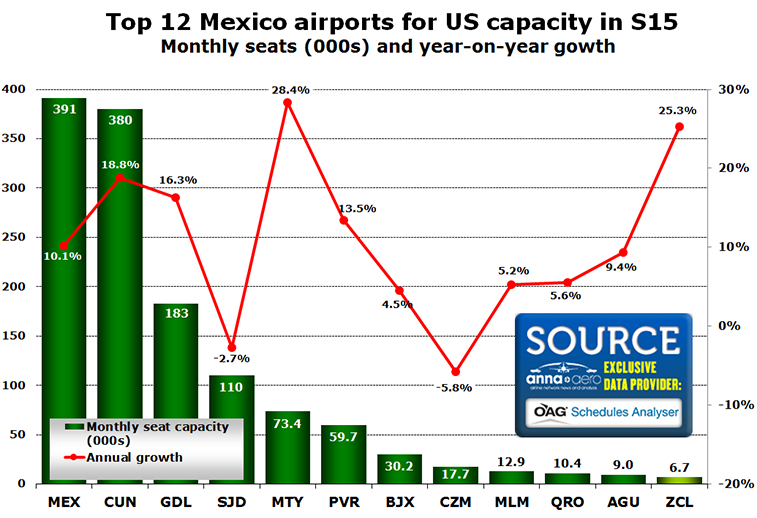 Mexico City is the number one destination in Mexico as it was last year, and is indeed the most popular destination when we combine the two countries’ airports together. Mexico City has 51% more capacity than the top US airport, Los Angeles. What we can see though is that capacity is more evenly spread across the US’s top 12 airports than it is across Mexico’s top 12.

The top 12 airports in Mexico remain in the exact same order as S14, except for Zacatecas (highlighted in light green) which is new to the top 12 for S15, replacing San Luis Potosi Airport. The airport which has seen the biggest increase in seat capacity is Monterrey, showing an increase in seat capacity of 28% when compared to the same month of 2014. This is helped by the airport seeing capacity increases to Las Vegas (+35%), Houston Intercontinental (+27%) and Chicago O’Hare (+26%). Orange Air became the latest carrier in the US – Mexico market by launching a seasonal service to Cancún from Orlando Sanford on 1 July.