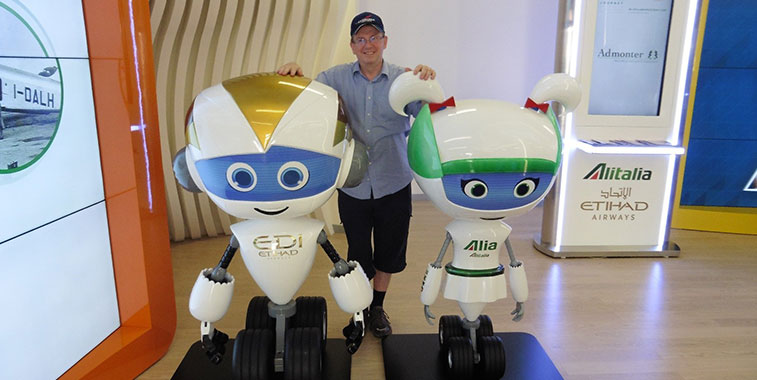 The close working relationship between Alitalia and its 49% shareholder Etihad Airways is on show at EXPO 2015 in Milan (until the end of October), where the two carriers share an air-conditioned pavilion. Featuring prominently are two mascots; “Edi” and “Alia”. anna.aero’s Chief Analyst, Ralph Anker, visited the pavilion during July while on holiday with his family. Fortunately there is no photographic evidence (he hopes) of him dancing with the mascots on a giant motion-capture screen.

Despite the influence of its 49% shareholder, Etihad Airways, the Italian flag-carrier Alitalia remains less than forthcoming about the state of its business. It does not publish monthly traffic statistics (although it states that it carried 23.4 million passengers in 2014) and nor does it reveal much about its financial performance. However, the airline’s network and developments in the allocation of the airline’s capacity can be analysed using OAG schedule data. Analysis of this data for all Alitalia Group airline flights, reveals that the airline has still been cutting capacity this summer compared with last. 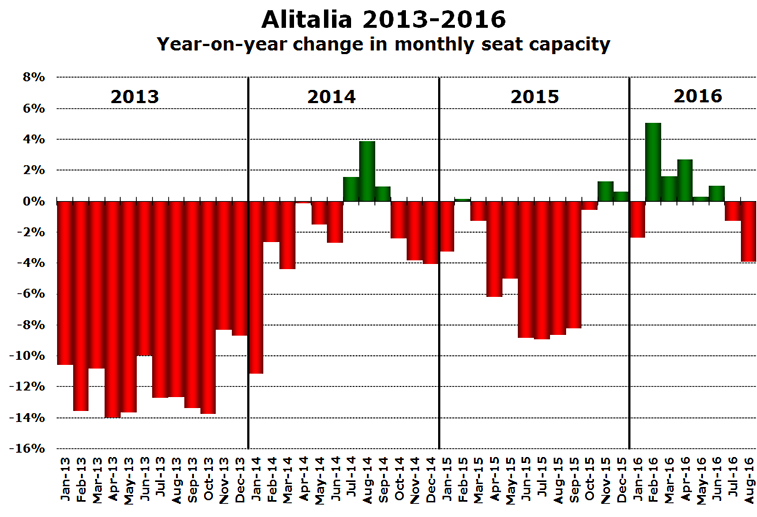 A significant factor has been the closure of the airline’s lower-cost subsidiary Air One, which ceased operations at the end of October 2014. As a result, network seat capacity is down around 8% during the peak summer months this year. From November 2015 onwards, the year-on-year comparisons show a small increase in seat capacity in most months (apart from January 2016) until we get to next July. However, many airlines are still finalising schedules for next year’s peak summer period so the currently scheduled capacity beyond next June may still be increased.

A closer look by airport at where Alitalia has cut capacity this summer reveals that there have been only modest reductions at its two busiest hubs, Rome Fiumicino and Milan Linate, where Air One was not present. All of the airline’s next 10 busiest airports have seen year-on-year capacity cuts this August, nine of them of by more than 10%. Catania and Venice Marco Polo have been hardest hit, with Alitalia capacity down by between 30% and 40%. However, according to Assaeroporti statistics for this summer, neither airport has seen significant falls in total passenger numbers as other carriers have stepped in to fill the vacuum left by Alitalia/Air One’s network cuts. In June, Catania reported a drop of 6.7% in passenger numbers while Venice Marco Polo reported a 0.7% increase in demand. 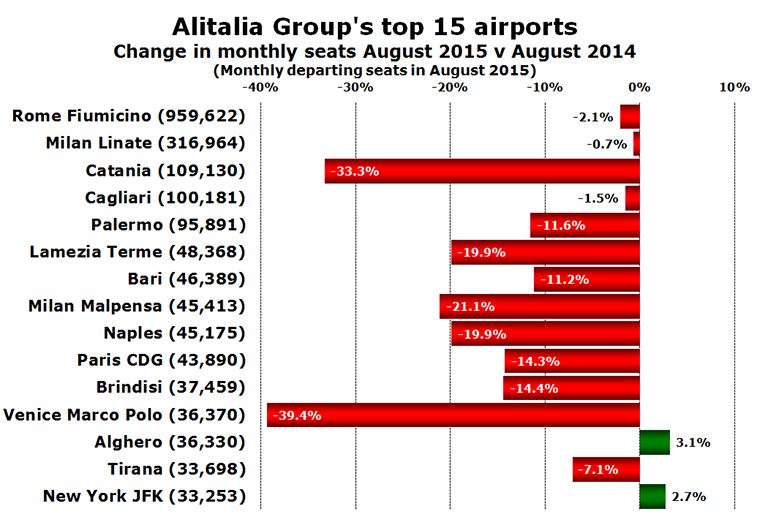 Looking ahead to the airline’s schedule this winter, we have examined network data for the first week of February 2016 and compared it with the first week of 2015. Relatively few new routes have been added. Fiumicino has seen the addition of two new destinations; Perugia (operated by Darwin Airline and which launched on 2 April 2015) and Seoul Incheon (launched on 4 June). Milan Malpensa and Venice Marco Polo now both have direct links to Abu Dhabi (both started on 29 March), while Pisa has been connected to Berlin Tegel since the start of the S15 season. The new long-haul service between Milan Malpensa and Shanghai does not make this list as it currently only operates during the summer season.

In terms of discontinued non-stop routes, Fiumicino flights to Caracas and Osaka Kansai ended at the start of the S15 season, as did Linate to Vienna (now flown by NIKI but on which Alitalia codeshares) and Venice Marco Polo to Tokyo Narita flights. Based on currently available data, previously year-round services from Fiumicino to Krakow and Vienna, and from Linate to Warsaw Chopin appear to have become summer-only services. At present the airline has not revealed any new routes starting this winter, or even next summer. 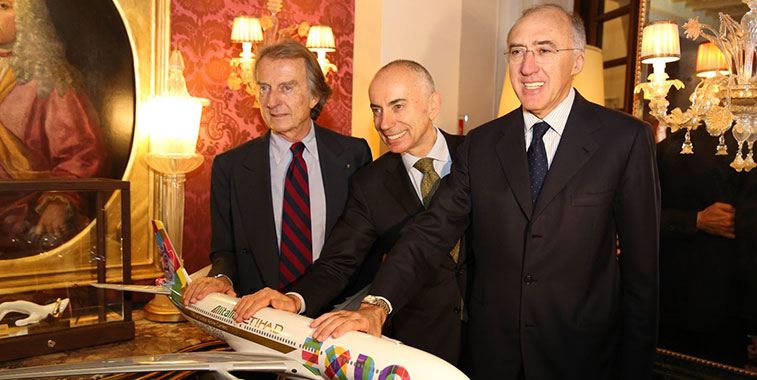