According to AAI figures, in January of this year Hyderabad Rajiv Gandhi International Airport achieved a rolling 12-month passenger throughput of more than 10 million passengers for the first time in its history. This was followed in May by handling over one million passengers in a month for the first time. The airport ranks as India’s sixth busiest and serves the capital of the southern Indian state of Telangana. The current facility was opened on a former greenfield site in March 2008, when passenger numbers were around the seven million mark. Initially passenger numbers fell as a result of the global economic crisis, but since then demand has rebounded well, and in the year ending 31 March 2015 the airline processed 10.4 million passengers, a 20% increase on the previous 12-month period. Latest AAI figures for June 2015 show that the airport has handled close to 11 million passengers in the last 12 months. 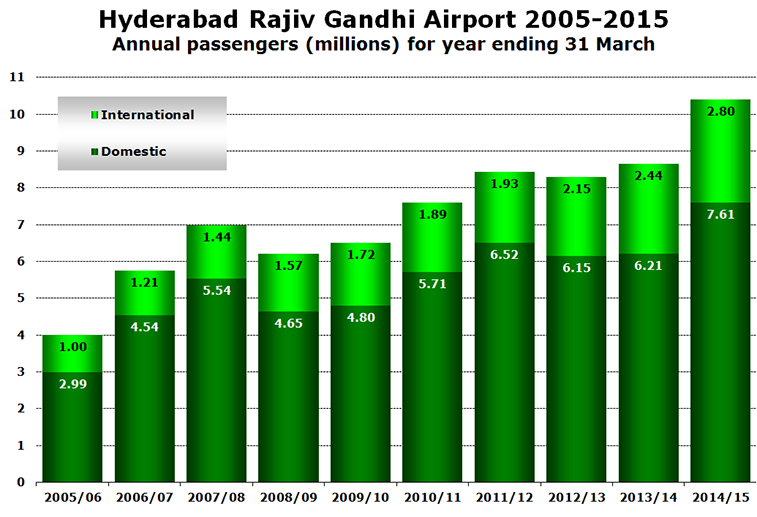 The leading airline at the airport is IndiGo, with an estimated 40% of scheduled seat capacity spread across a network of 15 domestic destinations and one international (Dubai). This makes the carrier more than twice as big as its nearest rival, Air India. SpiceJet has fallen from second to third at the airport as a result of its network restructuring, while Jet Airways is fourth. 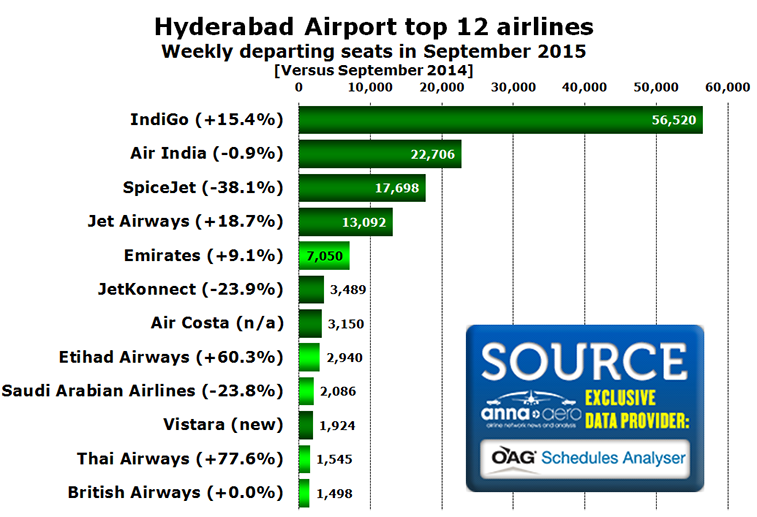 The leading foreign carrier at the airport is Emirates, followed by Etihad Airways, Saudi Arabian Airlines, Thai Airways and British Airways (shown in bright green). Four airlines have begun service from the airport in the last 12 months; AirAsia, Gulf Air (technically a resumption of services), TruJet and Vistara.

Delhi and Mumbai are evenly matched as the airport’s two busiest routes, well ahead of third-ranked Bengaluru. There are only two international routes in the airport’s top 12, but one of them, Dubai, ranks as the airport’s fourth busiest route, served by Air India, Emirates, flydubai and IndiGo. Abu Dhabi in eighth place is served by Etihad Airways and Jet Airways. Other destinations served in the Middle East include Bahrain, Dammam, Doha, Jeddah, Kuwait, Muscat and Riyadh. Asian destinations with direct service include Bangkok (with Thai Airways), Hong Kong (with Cathay Pacific Airways), Kuala Lumpur (with AirAsia and Malaysia Airlines) and Singapore (with both SilkAir and Singapore Airlines). The only non-stop service to Europe is to London Heathrow with British Airways. There are currently no direct services to anywhere in China or the US. 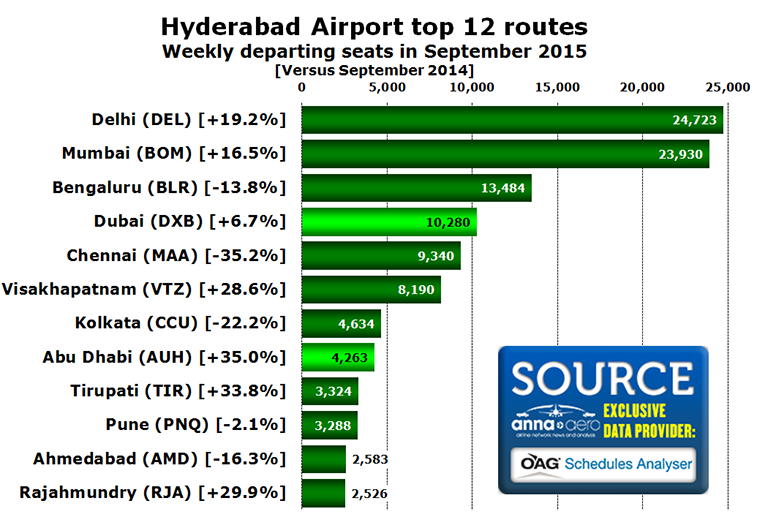 On 12 July, Hyderabad welcomed its newest carrier, TruJet. The new, domestic carrier currently has a fleet of two ATR 72-500s and operates from Hyderabad to Aurangabad, Chennai, Tirupati and Rahajmundry, with services to Bengaluru expected to launch in mid-September. 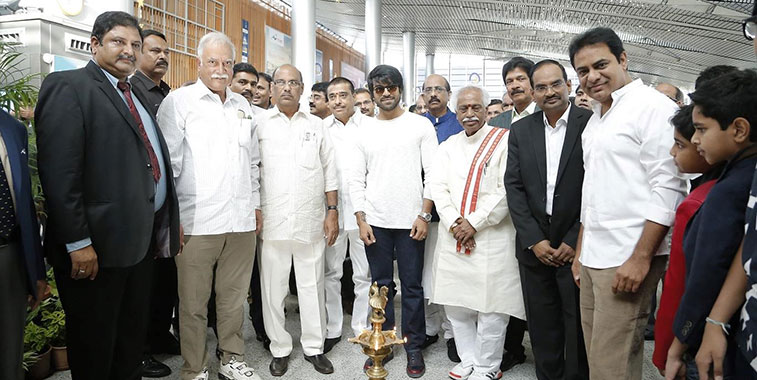 Hyderabad’s newest airline is local carrier TruJet which began service on 12 July 2015 to Tirupati and Rajahmundry using a couple of ATR 72-500s. From 10 September, the airline plans to serve Bengaluru, where it will compete directly against Air Costa, Air India, IndiGo, Jet Airways and SpiceJet.