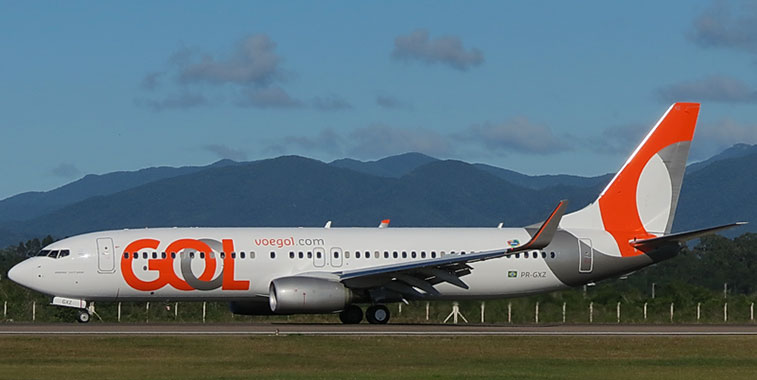 GOL, Brazil’s leading domestic airline (based on passengers transported), recently revealed a new corporate identity on one of its 737-800s. In the first six months of the year, the LCC increased its passenger numbers by 2.5% to 17.6 million, increasing its lead over arch rival TAM Airlines, which carried two million fewer passengers during the same period.

Seat capacity (ASKs) in the Brazilian domestic market has increased by just under 3% in the first half of 2015, but demand (RPKs) has grown by just under 4% resulting in the country’s overall network load factor climbing from 79.2% to 79.9%. Domestic RPKs have now risen for 21 straight months, despite difficulties in the Brazilian economy, though since February growth has been less than 5% each month. As measured by passenger numbers, according to ANAC, GOL has carried 17.6 million passengers (+2.5%) in the first six months of the year, ahead of TAM Airlines with 15.6 million (+0.4%). Azul Airlines has seen a 2.4% increase in demand to 10 million passengers, while Avianca Brasil’s guests have surged by 15.9% to 3.8 million. 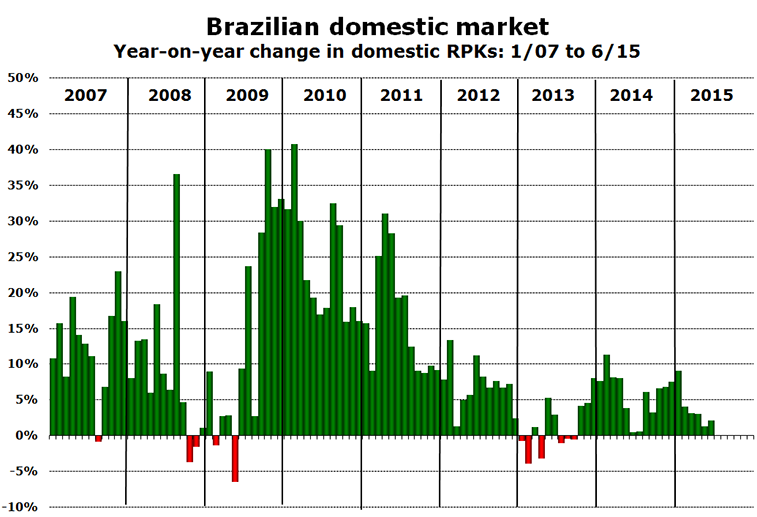 In terms of domestic RPKs (Revenue Passenger Kilometres), there is still little to choose between TAM and GOL. GOL was ahead in January and May, while TAM was in front in February, March and June, and April being a tie. 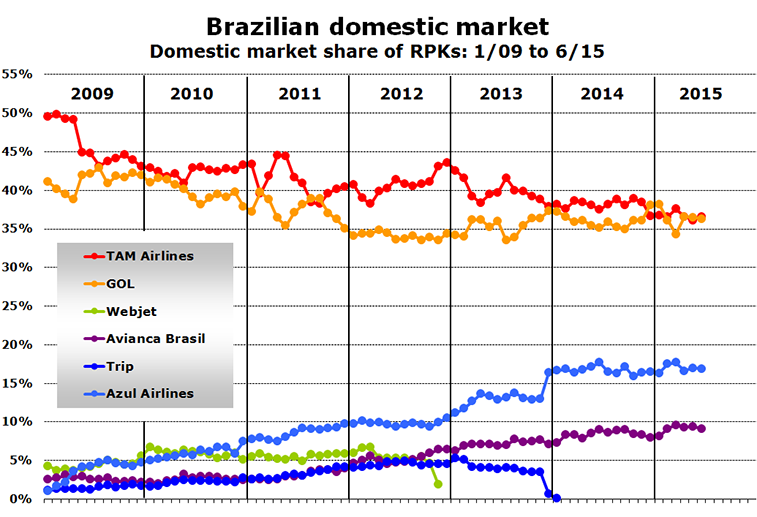 Analysis of OAG schedule data for September shows that TAM is the biggest airline operating international flights to and from Brazil, with more than twice as many seats as its nearest rival GOL. Apart from Emirates (ranked 11th) TAM is also the fastest-growing in terms of percentage increase among the top 12 carriers. In fact six of the top 12 airlines are reporting a decline in seat capacity compared to the same period in 2014. The top 12 airlines comprise two from Brazil, three from the US, three from Europe, three from other parts of the Americas, and Emirates from the Middle East. Across all carriers, seat capacity to and from Brazil is up just over 3% this September. 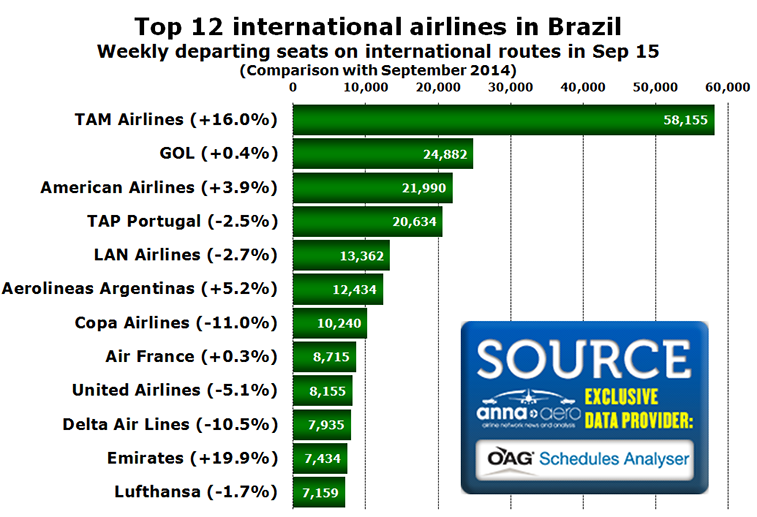 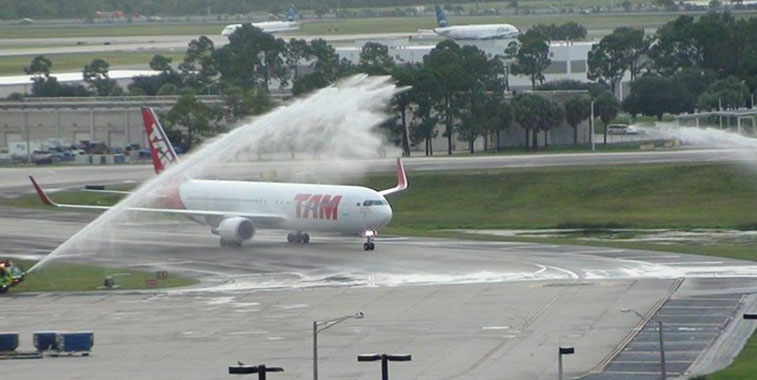 TAM consolidated its position as the leading carrier on international flights to and from Brazil with the addition of a new service between Brasilia and Orlando, seen here being welcomed at the Florida airport on 13 June with a traditional water arch salute.