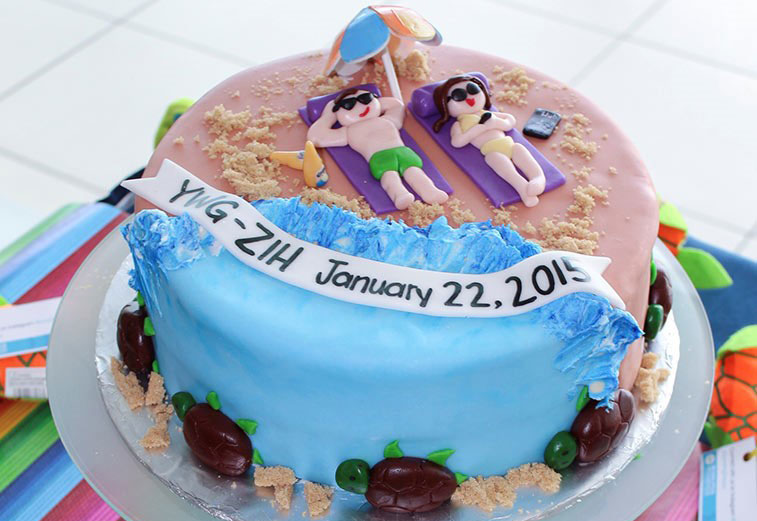 On 22 January, Winnipeg Airport celebrated with a special cake the launch of Sunwing Airlines’ new winter seasonal service to Ixtapa in Mexico. The launch of services to Ixtapa has helped the Canadian airport achieve an average growth rate so far in 2015 of 4%, with 3.8 million passengers expected to be handled by the end of the year.

Winnipeg is situated right in the heart of Canada and is the capital of Manitoba Province. The city is known for its strong mixed culture and numerous festivals, including the famous Festival du Voyageur, an annual 10-day winter festival that celebrates Canada’s fur-trading past and unique French heritage through entertainment, arts and crafts, music, exhibits and displays. One of anna.aero’s favourite sites in the city is The Forks, a historic meeting place in downtown Winnipeg that has a history dating back 6,000 years to the early Aboriginal people. Of course, the best way to get to Winnipeg and experience this history is to fly, and this summer you can reach Winnipeg from 22 non-stop destinations according to OAG Schedules Analyser data. 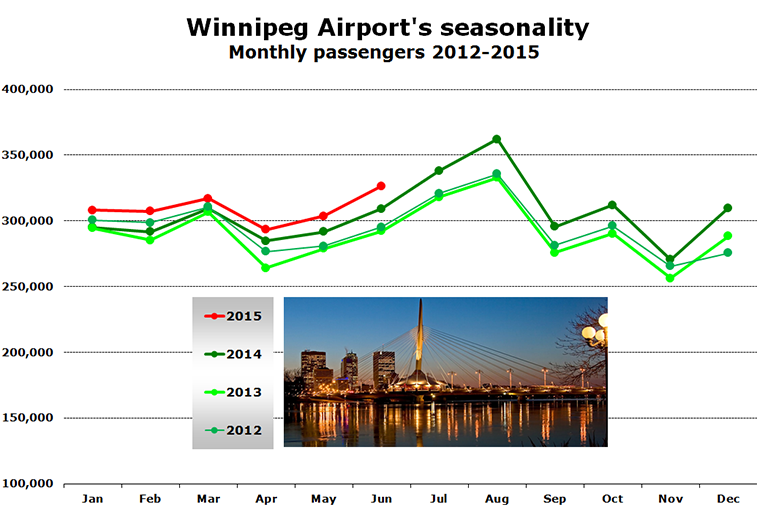 For the first half of 2015, passenger traffic out of Winnipeg has risen 4%, resulting in just over 74,000 additional passengers passing through the facility when compared with the same time period in 2014. Over the six months between January and June this year, the latter was the best performing so far, seeing an increase in passenger traffic of 5.3%. If the average rate of growth continues for the rest of this year at 4%, Winnipeg can expect to see just under 150,000 extra passengers travel through its facility, resulting in approximately 3.8 million people using the airport in 2015.

Winnipeg recorded a SVID score of 0.70 (“Excellent”), placing the airport eighth out of the 50 plus airports that have been analysed so far this year. The result means that Winnipeg sits between Chennai and Belo Horizonte airports respectively. To gain a comparison within the Canadian market, two airports with similar passenger traffic figures to Winnipeg have also been analysed. Halifax Airport scored 3.36 (“Good”), while Ottawa Airport performed better than Winnipeg by scoring a very respectable 0.19 (“Excellent”), the best score recorded so far in 2015 by any airport. 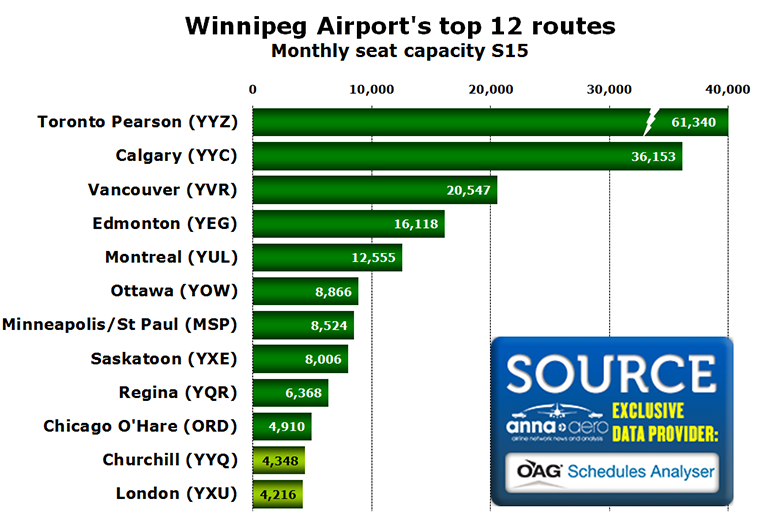 Toronto Pearson remains the number one route from Winnipeg in relation to seat capacity, helped by the airport pair seeing an increase in seat availability of 7.6%. Of the remaining top 12 routes, only Calgary (3.7%), Montreal (9.3%), Saskatoon (0.1%) and Churchill (74.4%) showed growth. The route in the top 12 that has seen the biggest decrease in capacity is Ottawa, which is down -47.6%, meaning that Montreal now takes fifth spot when compared to the same time period last year when it was sixth. One major change to the top 12 is that Denver has fallen from 12th last year to 14th in S15, a result of capacity being shrunk on the sector by -28.3%. Two new airports that have entered the top 12 for S15 are Churchill and London (highlighted in light green), which have replaced Thunder Bay (-42%) and Denver. 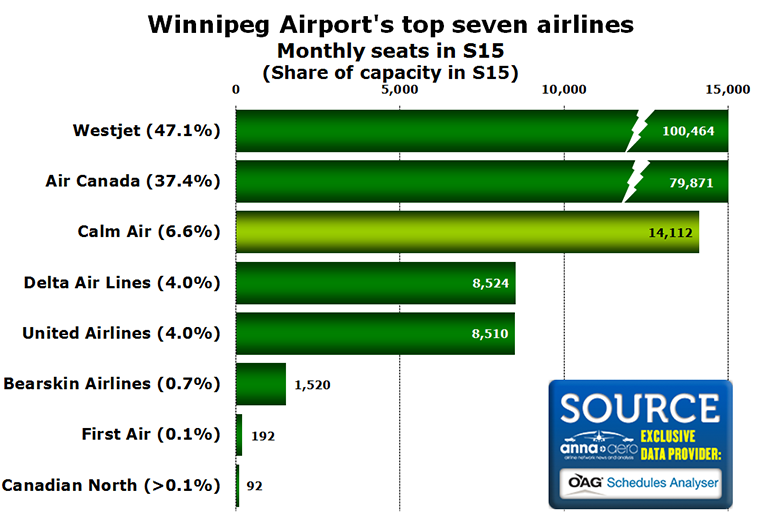 Calm Air (highlighted in light green) is the only airline in Winnipeg that is showing a growth in capacity when compared to the same time period of last year. The regional airline has grown capacity by 47.3%, allowing the carrier to become the third largest airline at the Manitoba airport, overtaking Delta Air Lines (-4.6%) and United Airlines (-42%). Both Air Canada and Westjet are reporting marginal declines in capacity when compared with S14, with the national carrier reporting a fall of -1.0%, while Canada’s largest LCC is reporting a drop of -1.1%. However both remain the top two carriers out of Winnipeg.