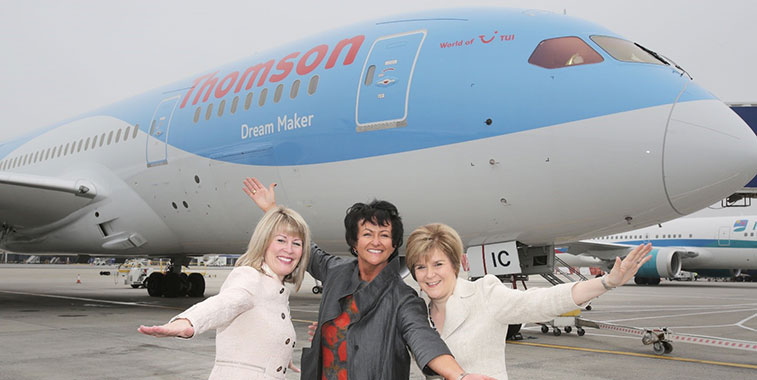 Thomson Airways is very proud that it became the first UK airline to operate the 787 back in 2013. In July 2013 the airline launched its first 787 flights from Glasgow Airport to Cancún in Mexico. There to celebrate the event were: Amanda McMillan, MD, Glasgow Airport; Chris Browne, MD, Thomson Airways; and then Deputy First Minister of Scotland, Nicola Sturgeon.

According to UK CAA statistics, Thomson Airways transported almost 10.4 million passengers in 2014 (at an impressive 93% load factor), beaten among UK airlines only by easyJet (54.1 million at 88.8% load factor) and British Airways (39.6 million at 81.1% load factor). Part of the TUI Group, Thomson Airways was formed in late 2008 from the merger of Thomsonfly (formerly Britannia Airways) and First Choice Airways, after the merger in 2007 of TUI AG and First Choice Holidays plc to form TUI Travel. 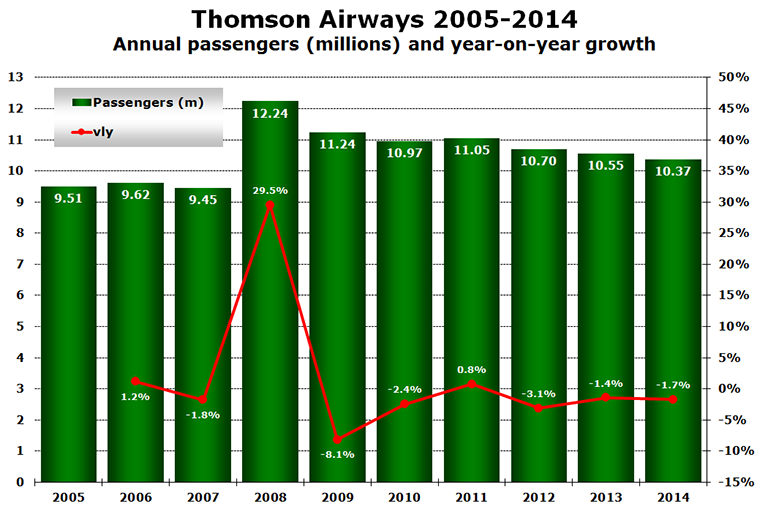 Looking at monthly passengers the remarkable consistency of demand in recent years can clearly be seen. As a leisure airline demand peaks during the main summer holiday period in the UK (July and August). Compared with the August peak of almost 1.5 million passengers, in the off-peak winter months the airline carries around one-third of that figure. 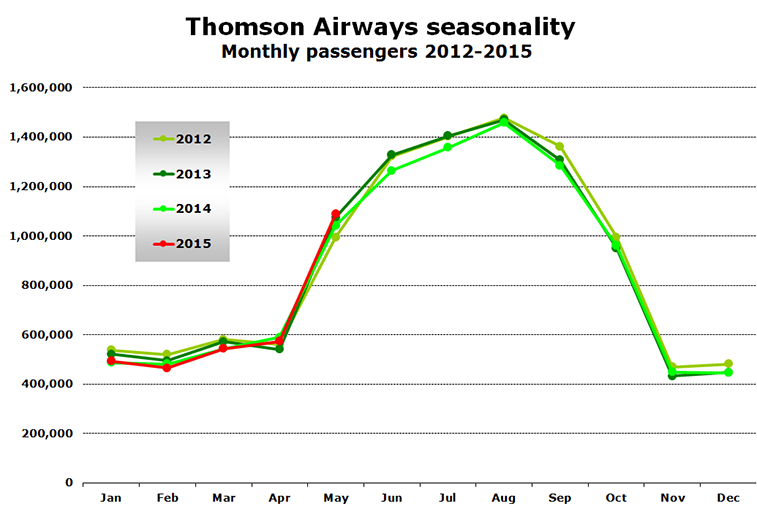 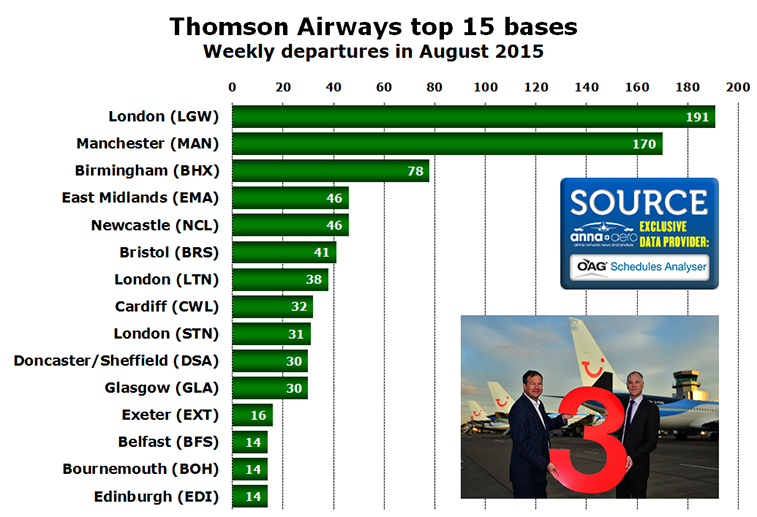 In terms of leading destinations (as measured by weekly departures) Palma de Mallorca is the clear winner with almost twice as many flights as the next airport, Dalaman in Turkey. Spanish destinations (shown in bright green) fill five of the top 10 places in this chart, while Greek destinations account for five of the top 15. Still listed in the top 15 based on OAG data is Enfidha in Tunisia. However, the airline is currently not operating any flights to the country and recently announced in a press release that it has extended the cancellation of all outbound flights to Tunisia up to and including 22 March 2016. 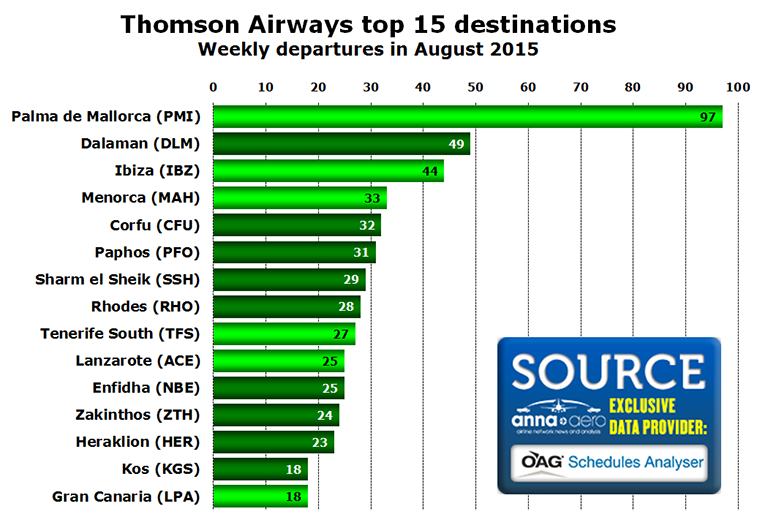 In terms of country markets Spain (311 weekly departures) leads Greece (165), Turkey (79), Cyprus (46) and Egypt (36). Compared with last summer the biggest growth has come on routes to Croatia, which has seen a near doubling of flights and the launch of several new routes to Dubrovnik, Pula and Split.

Back in April it was announced that Thomson Airways’ summer 2016 programme would see the launch of 24 new routes. These include the airline’s first long-haul flights from London Stansted (to Cancún and Orlando Sanford), five new routes from Birmingham (to Agadir, Alghero, Izmir, Punta Cana and Split), three new routes from Bristol (to Catania, Hurghada and Sal), and two new routes from Doncaster Sheffield (to Heraklion and Larnaca).