This week, anna.aero was sent four entries for the 2015 FTWA competition, which is currently topped by Pakistan’s Faisalabad Airport. However, none have reached the high target of 37.1 (out of 40) laid down by the 2015 leader. Nonetheless, with plenty of new route launches planned for the upcoming winter season, this high score can still be easily achieved. This week the four entries that anna.aero received are from four completely different corners of the world, with Asia, Europe, North America and South America all entering one FTWA each. What it shows though is that each region of the world is still fighting it out for the number one FTWA. Unfortunately, none of the entries that have been received this week make it into the top 10 leader board. But with several weeks of competition still to be played in 2015, keep monitoring to see how the top 10 changes in the months ahead. 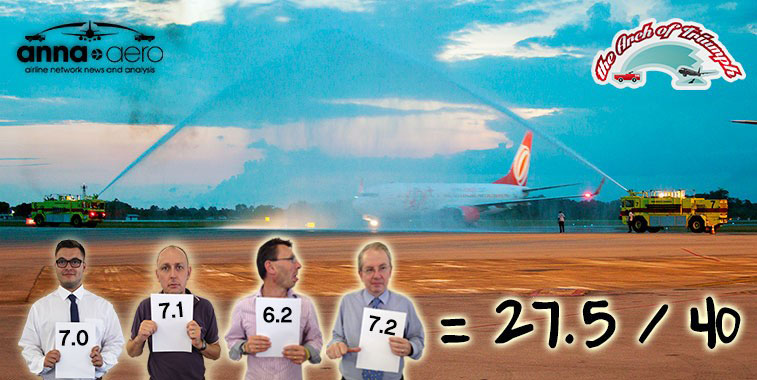 An FTWA so good…it’s smokin…..

This is a nice FTWA, and apparently it’s that good it looks to have produced some smoke of its own on the left hand side. Nonetheless this attempt from Paramaribo in Suriname, the first ever entry from the airport, has achieved victory in week 29 of the 2015 FTWA race. Unfortunately a score of 27.5 means it is not good enough to enter the 2015 top 10 leader board. 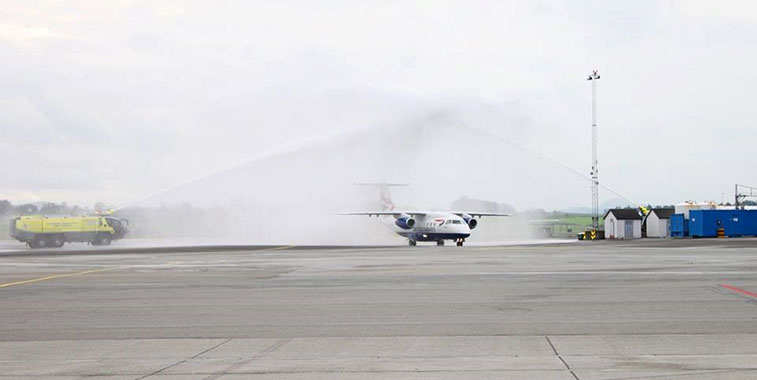 “This is not the time to play ‘Where’s Wally’….SUN-AIR is arriving…”

Judge’s Comments: Inspired by the game ‘Where’s Wally’ (or Waldo for some parts of the world), we can just about spot the right-hand fire truck poking from behind Stavanger Airport’s airfield sheds. Although it is rare to see a Dornier 328 Jet experience an FTWA, unfortunately this attempt from the Norwegian airport is only good enough to achieve third in this week’s competition, achieving a score of 24.3. 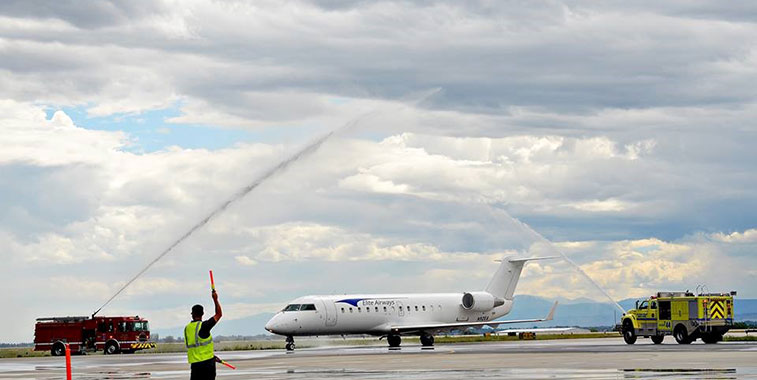 Nothing ‘elite’ about this effort. Two different coloured trucks, two different strengths of water. Nice dance move from the apron controller though!

Judge’s Comments: This FTWA received some very mixed views from the very qualified anna.aero judges, with one even saying “two different coloured trucks, two different strengths of water = not an arch”. So unfortunately with a mixed bag of scores, this attempt from Fort Collins does not score well. With the flight coming from the windy city, the airport can at least blame the forces of geography for following the flight for this attempt not being up to the standards of its competitors. 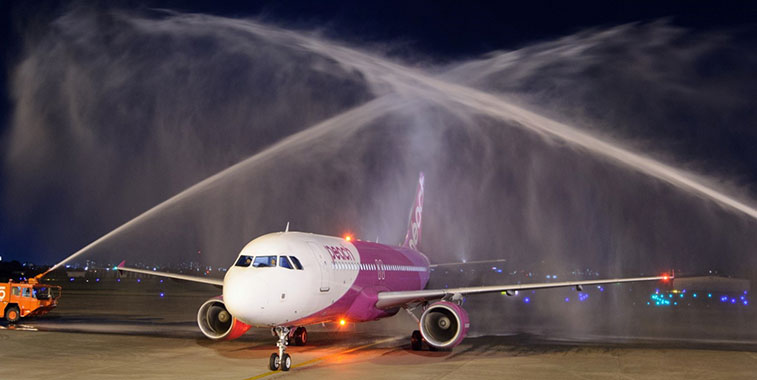 Judge’s Comments: Never has an FTWA competition been so close. With only 0.1 in the overall score, Miyazaki was so close to nabbing yet another victory for the Asian region. However Paramaribo has just pipped this very impressive night FTWA to win this week’s competition. If only the right hand side fire truck was in view. It could have been a completely different story.