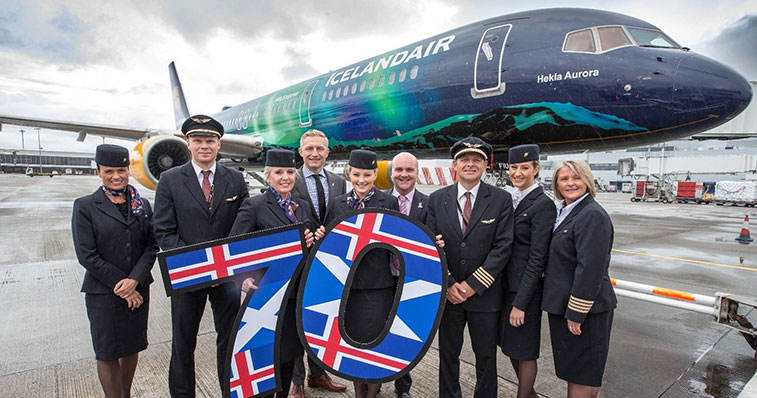 On 27 March, Icelandair celebrated its 70th Anniversary of flights to Glasgow. To celebrate the occasion, the airline announced that from March 2016 it will increase services to six times weekly. Celebrating the occasion in Glasgow were: Andres Jonsson, GM for Icelandair UK and Steven Marshall, Marketing Manager for Glasgow Airport, along with the Icelandair crew. 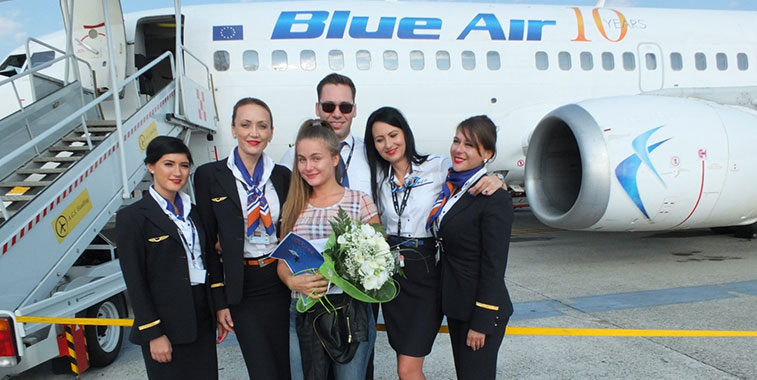 On 31 August, Milan Bergamo celebrated the passing of the one million passenger milestone for the month of August. Alina Mirabela Purice, the lucky one millionth passenger, was flying to Bucharest and was presented on departure with a voucher worth 100 Euros which could be used on any of Blue Air’s services, which celebrated its 10 year anniversary of services in December. The airport also presented Purice with a bouquet of flowers and a VIP Card which entitles her to unlimited access to the VIP Lounges and a range of discounts and benefits in the retail outlets at the airport. On 31 August, Derek Mackay, MSP Minister for Transport and the Islands, officially opened Glasgow Airport’s newly extended east pier. The £3.3 million project, which was completed earlier this summer, has introduced a series of improvements to the main terminal building in response to the airport’s success in securing a growing number of new routes and services, allowing the airport to accommodate an additional 750,000 passengers each year. On 28 August, Newcastle Airport in Australia unveiled its $14.5 million terminal redevelopment, of which $11.1 million was funded by the New South Wales Government’s Hunter Infrastructure and Investment Fund. As a result of the new development, the terminal building size has increased by 50%, a brand new departures and arrivals hall has been created, six new food and beverage outlets and dedicated facilities for customs, immigration, and quarantine to facilitate international services. The airport’s CEO, Peter Cock, commented about the unveiling by saying: “We now have an airport that complements the spirit of our region. It’s bright, modern, and ready for the future. The completion of this project begins an exciting period for our business and for the region.”