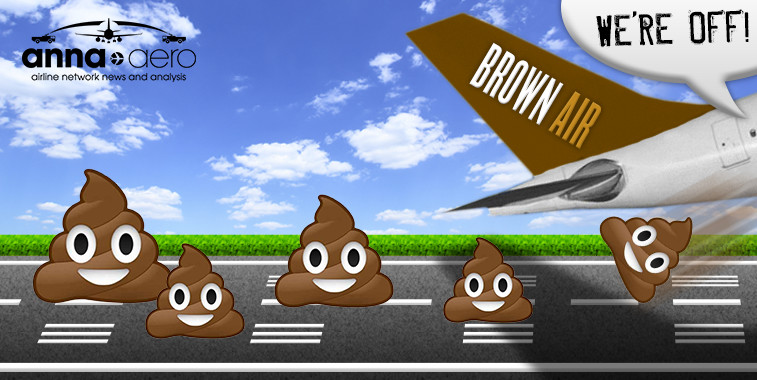 At anna.aero we love to share with our readers the excitement of airline route launches, something the airlines themselves are obviously very keen to promote to help lure customers to the new services being offered. However, airlines also have to make the tough decision, from time to time, of dropping routes that they may have served for many years. This may be due to changing economic conditions, changing tastes, political instability or competition. This week, we take a look at some of Europe’s biggest airlines, and examine which non-stop routes they will not be operating this winter from their main hubs, which were operated last winter. Some of these routes were discontinued at the end of the winter 14/15 season, while others are still operating but will cease operating in the coming months. We’ll start by looking at Europe’s biggest legacy carriers.

Europe’s biggest flag-carrier is responding to economic circumstances by dropping three Russian routes from its Frankfurt hub. The fall in oil prices and the impact on cities reliant on the energy business has also seen the airline decide to terminate its Stavanger service after 12 years. The Accra suspension is a bit different as Brussels Airlines (in which Lufthansa has a significant stake) will be taking over this route from its Brussels hubs at the end of October. Given airberlin’s tie-up with Etihad Airways it was less of a surprise when Lufthansa ended flights to Abu Dhabi at the end of March. Finally, Lufthansa suspended its own flights between Munich and Rotterdam at the end of March 2015, but now codeshares with bmi regional, who began operating the route on 30 March. 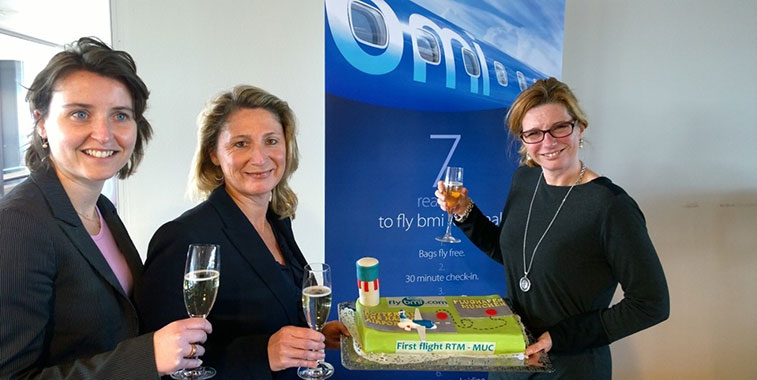 bmi regional stepped in to replace Lufthansa when the German flag-carrier suspended operations between Munich and Rotterdam at the end of March 2015. Lufthansa now codeshare with bmi regional on the route.

Turkish Airlines retreats from Yemen, at least for now

Globe conquering Turkish Airlines is clearly not keen on dropping services. The only destinations not operating this winter from the airline’s main base at Istanbul Atatürk are Aden and Sanaa, both in troubled Yemen. However, according to OAG data both destinations could be resumed at the end of next March, though this is clearly dependent on external circumstances.

British Airways about to say farewell to Almaty and Entebbe services

The UK flag-carrier does not drop many routes from its main hubs in London. However, having launched flights from London City to Rotterdam in March 2014 the airline clearly noticed a decline in the profitability of its Heathrow operation to the same airport, which ceased operations at the end of the winter 14/15 season. This coming October sees two more destinations disappear from the airline’s network; Almaty in Kazakhstan and Entebbe in Uganda. Both are currently served by the airline’s elderly 767s.

After dropping a leisure route to La Romana in the Dominican Republic back in April, Air France’s network planners have taken the axe to four routes this winter; one long-haul and three in Europe. Like Lufthansa, Air France is dropping its Stavanger service at the end of the summer season, having only launched the route in March 2014. Routes to Verona in Italy and Vigo in Spain will also be dropped from the end of October, though both of these leisure destinations might potentially be relaunched next summer by Air France’s in-house LCC Transavia. The dropping of the airline’s thrice-weekly service to Kuala Lumpur comes just 30 months after the route was launched in April 2013. According to the airline the problem on this route was low yields rather than demand, so Malaysia Airlines will soon be able to enjoy a monopoly on the route once again.

SAS has been reluctant to cut routes this winter. Despite competitive pressure from Norwegian and other carriers in the Scandinavian market we were only able to identify one route that is being dropped this winter and that was the airline’s Gothenburg to London Heathrow service. But even this is not what it seems as SAS is launching flights from the Swedish airport to London Stansted the following day, taking on Ryanair no less.

LCC droppings not so easy to identify

The problem with analysing Europe’s multi-base LCCs such as easyJet, Ryanair, Norwegian and Vueling, especially during the winter season, is that routes that have been suspended during the winter months may still end up operating during the summer months on a seasonal basis. However, anna.aero has identified a few routes that do appear to be ending later this year. These include easyJet’s Hamburg-Copenhagen, Manchester-Moscow Domodedovo and Milan Malpensa-Casablanca services. In addition the LCC announced in June that it would be closing its base at Rome Fiumicino next year, while continuing to serve the airport from other bases across its network.

Analysis of OAG schedule data suggests that Ryanair is not operating as many as 45 airport pairs this winter that it was last winter. However, some of these are routes that have been moved between nearby airports (Rome Ciampino to Rome Fiumicino, Kaunus to Vilnius and Girona to Barcelona), while others were actually dropped at the start of the summer 2015 season. The remainder are likely to be seasonal cancellations that anna.aero would expect to see operating next summer, so don’t really count as route droppings.

Finally, a route that anna.aero is particularly sad to see go (from mid-September) is CityJet’s service between London City and Dresden. This means that, yet again, there will be no direct air services between London and Dresden. Given that easyJet already serves Dresden from its Basel base, anna.aero would love to see the carrier launch service from one of its London bases to the German city.