Ryanair announces Milan Malpensa as base 73 (with four routes), and first service to Amsterdam (from Dublin) 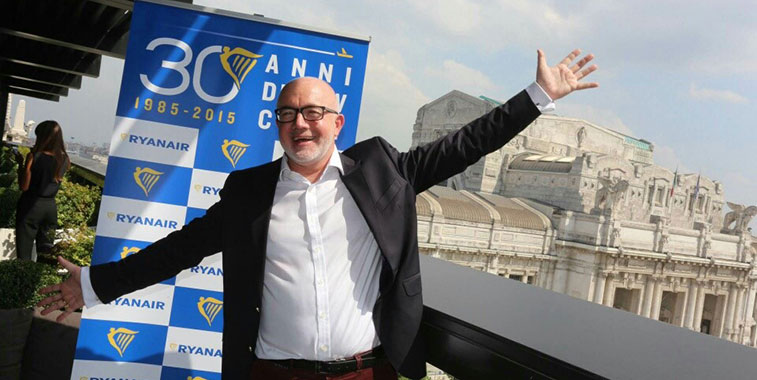 Ryanair’s CCO David O’Brien (with Milan’s iconic central rail station in the background) looks pleased to be announcing the ULCC’s entry into the Milan Malpensa market. At present just 1 aircraft will be based there from 1 December, offering flights to four destinations; Bucharest, Comiso, London Stansted and Seville.

Last October, in response to Ryanair’s statement that they would launch three new primary bases in 2015, anna.aero came up with a top 10 list of most likely airports. This week the airline confirmed that Milan Malpensa (ranked 9th on our list) would indeed become the airline’s 73rd base in December, with the airline electing to base one aircraft there and launch four new routes. (Somewhat confusingly, when Ryanair revealed back in March a new base at Berlin Schönefeld, that was also announced as the airline’s 73rd base. And then Gothenburg was base #74. But since then it has closed bases in Billund and Copenhagen, so what should have been #75 is actually base #73. Everyone clear?)

Incidentally, our number one base candidate, Amsterdam, was also this week added to the airline’s route network, but only as a destination from Dublin, to be served four times daily from Tuesday 27 October 2015. This is a route that Aer Lingus currently has a monopoly on, and serves with five daily flights. Now that Ryanair has sold its stake in Aer Lingus to IAG it would seem that direct competition is less of an issue.

Ryanair’s single aircraft (for now) base at Milan Malpensa will be used to start four new routes; to Bucharest, Comiso, London Stansted and Seville. Frequencies and competition (direct and indirect) are summarised in the following table based on current schedule data.

Analysis of the airline’s schedule reveals that the based aircraft will operate to London Stansted in the morning, Bucharest (on Mondays, Wednesdays, Fridays and Sundays) and Seville (Tuesdays, Thursdays and Saturdays) in the afternoon, and then Comiso in the evening. The second Stansted service will be operated in the evening by a London based aircraft.

Passenger numbers at Milan Malpensa are currently almost five million below the peak achieved in 2007, when almost 40 million passengers passed through the three airports serving the Milan region. Since then, Alitalia abandoned its dual-hub strategy, Lufthansa Italia came and went, and easyJet made the airport its biggest base outside of the UK. 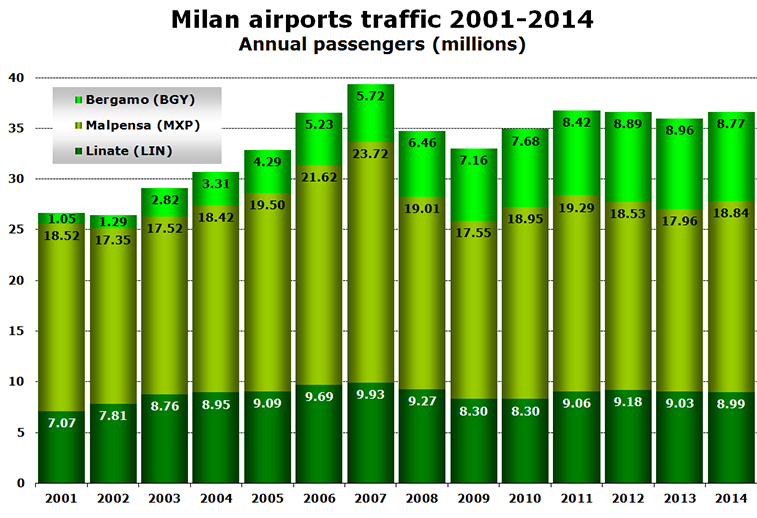 It seems unlikely that Ryanair will stop at just a single aircraft at Malpensa. Further aircraft are likely to be based there during 2016 and additional routes announced. What seems clear is that Ryanair is now increasingly stepping on easyJet’s toes as it moves into more primary airports serving Europe’s biggest cities.