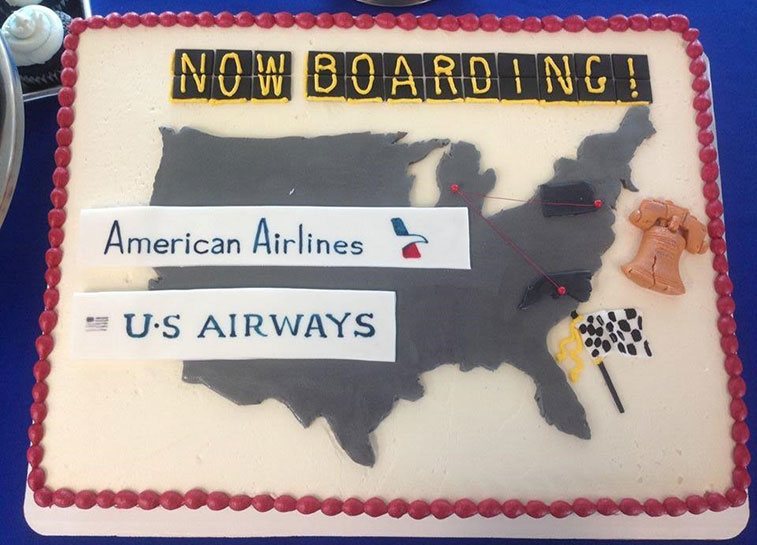 Last September, American Airlines/US Airways began twice-daily flights from Gerald R. Ford International Airport serving Grand Rapids in Michigan to Philadelphia (represented in icing by the Liberty Bell) and Charlotte Douglas (represented by a chequered flag, as Charlotte is home to the NASCAR Hall Of Fame). Both routes are flown by Air Wisconsin’s 50-seat CRJ 200s.

Gerald R. Ford International Airport, serving Grand Rapids and the surrounding area, is the second busiest airport in the state of Michigan. According to anna.aero’s US airports traffic database it is also one of the fastest-growing US airports in 2015 with passenger numbers up 9.6% in the first seven months. Last year the airport handled a record 2.34 million passengers, and is currently on course to pass 2.5 million this year.

Between 2004 and 2009 passenger numbers fell each year, but this trend was halted in 2010 when Allegiant Air began a number of new low-frequency leisure routes to Florida, AirTran Airways (now part of Southwest Airlines) introduced flights to Baltimore/Washington, Southwest Florida (Fort Myers), Orlando and Tampa, and Frontier Airlines began services from Denver. Since then passenger demand has been increasing modestly. 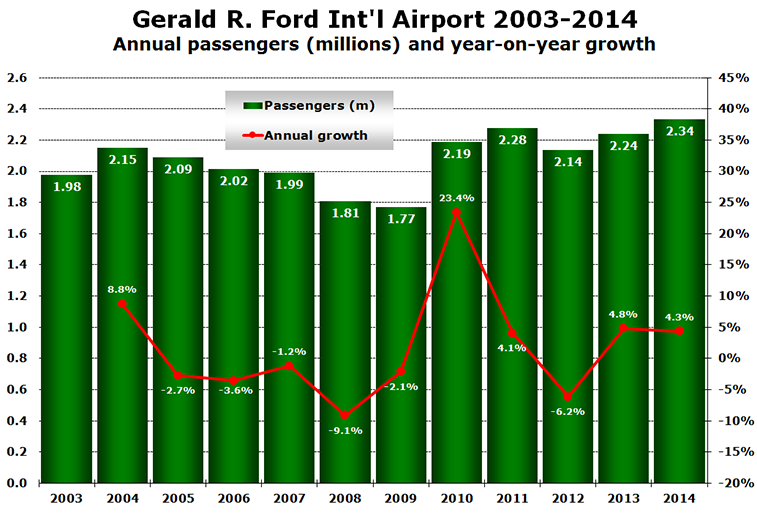 This year has seen the airport report record passenger numbers in every month. According to anna.aero’s seasonal variation in demand (SVID) calculator, the airport scores an “excellent” 0.92, confirming the consistency of demand across the year. In July the airport handled a record 234,282 passengers, beating the previous record of 231,138 set in March of this year. 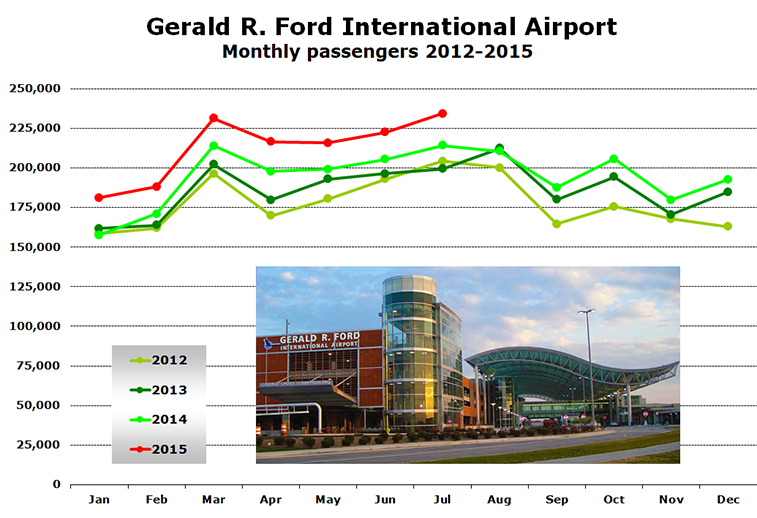 Chicago O’Hare is only route with year-round competition

According to US DOT statistics the airport’s top three routes are Chicago O’Hare, Detroit and Minneapolis-St. Paul. Comparing the 12 months ending May 15 with the previous year reveals that nine of the top 10 routes are reporting growth, the exception being Orlando. Double-digit growth in passenger numbers has been witnessed on routes to Denver (11%), Atlanta (20%), St. Pete-Clearwater (+53%) and St. Louis (+55%). At this time of year (September), Chicago O’Hare is the only route served by two carriers, American Airlines and United Airlines. 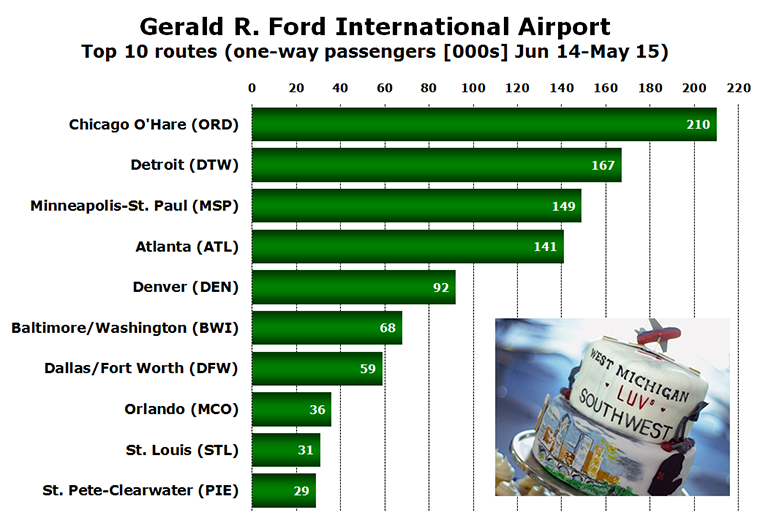 Based on OAG schedule data for this week, Delta Air Lines is the leading carrier at the airport with almost 40% of scheduled seat capacity, followed by American (including US Airways) and United, both with around 21% of seats, Southwest with 15% and Allegiant with 5%. Delta serves its bases in Atlanta, Cincinnati, Detroit, Minneapolis-St. Paul and New York LaGuardia. Looking forward, Allegiant has announced plans to start two new Florida services this winter, to Punta Gorda on 4 November and Fort Lauderdale on 16 December. 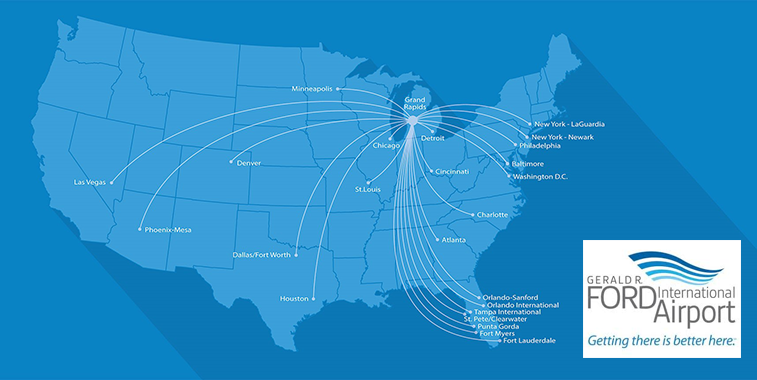 People living in the Grand Rapids catchment area can this winter look forward to non-stop flights to 24 destinations across the US, of which seven are in Florida. New services starting before the end of the year will be provided by Allegiant Air to Fort Lauderdale (from 16 December) and Punta Gorda (from 4 November).