On stand in Radom is airBaltic’s inaugural flight from Riga. The carrier is the first scheduled operator to the Polish airport. Services on the city pair will be flown thrice-weekly using Q400s. Amongst the passengers on the first flight were Radom Airport’s: Katarzyna Piekarczyk, Sales Specialist; Kajetan Orzeł, Airport Spokesperson; Remigiusz Mazur, PR Specialist; and Paulina Kosior, Assistant to the Management Board. Also on the inaugural flight was Dorota Sidorko, President of Radom Airport. On 1 September, airBaltic launched the first of five new routes on that day, linking Vilnius to Brussels. Services on the 1,452-kilometre sector will be flown four times weekly, facing direct competition from Brussels Airlines which serves the route with a five times weekly schedule according to OAG. The first flight was inaugurated with a ribbon cutting ceremony and traditional route launch cake. airBaltic also launched services from Vilnius to Berlin Tegel, Helsinki, Paris CDG and Stockholm Bromma. 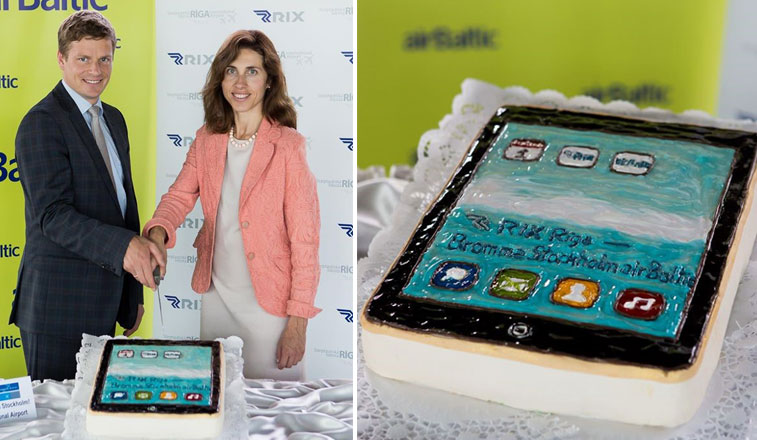 Cutting the cake at the launch of services to Stockholm Bromma from Riga are: Jānis Vanags, VP of Corporate Communications, airBaltic, and Liene Freivalde, Director of Aviation Services department, Riga Airport. Services on the 444-kilometre sector will operate five times weekly according to OAG Schedules Analyser data. 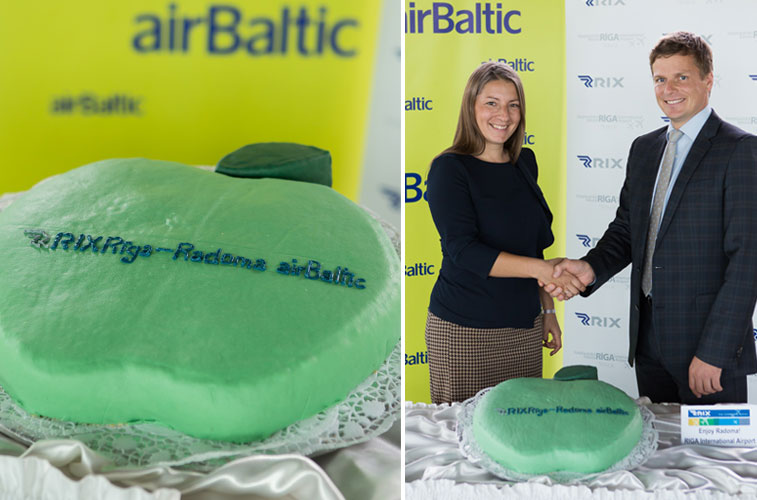 On 1 September, airBaltic launched its inaugural service from Riga to Radom in Poland, making airBaltic the first airline to operate services from the Polish facility which is now the country’s 13th commercial airport. Services on the 641-kilometre sector to Radom will operate thrice-weekly. Celebrating the launch in Riga are, Laura Audariņa, Route Development Manager, Riga Airport, and Jānis Vanags, VP of Corporate Communications, airBaltic. Stockholm Bromma celebrated the introduction of two new routes by airBaltic this week to Vilnius and Riga. Both routes will be operated by the carrier’s Q400s and neither face direct competition according to OAG Schedules Analyser data.