On 1 September, South Africa’s latest airline, Fly Blue Crane, launched services from Johannesburg. The carrier will initially operate services from the city to Bloemfontein, Kimberley and Nelspruit according to the airline’s flight schedule. Celebrating the service launch along with two of the crew is Siza Mzimela, the airline’s CEO and also founder and Executive Chairperson of Blue Crane Aviation. 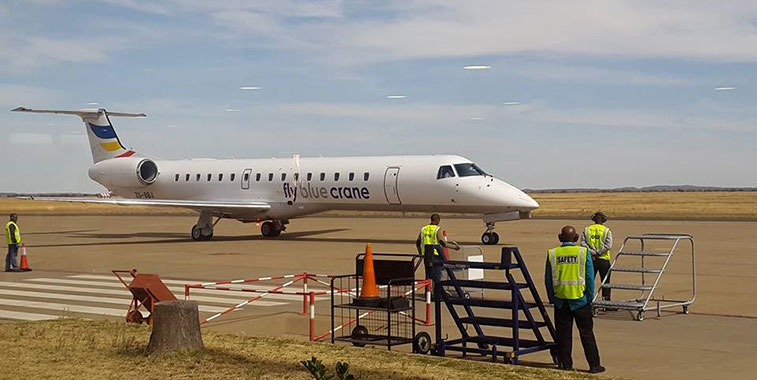 Touchdown in Kimberley. Flights from Johannesburg will operate 18 times weekly according to the airline’s flight schedule, and will face direct competition from SA Express which operates 28 weekly flights on the 452-kilometre sector according to OAG Schedules Analyser. 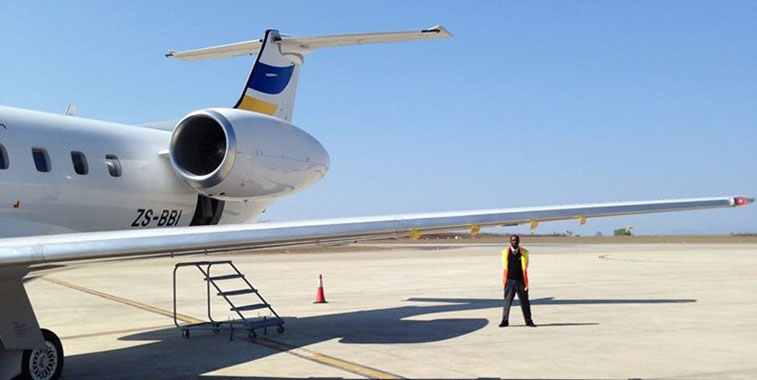 On 7 September, Fly Blue Crane launched services on the 299-kilometre sector between Johannesburg and Nelspruit (our data elves have confirmed that this is where the photo was taken). Flights on the city pair will operate 12 times weekly.