Mango’s last new route launch was back in November 2013, between Johannesburg and George. So the LCC’s decision to start service between Durban and Lanseria from 15 October is pretty big news, as it is only the airline’s ninth domestic route and tenth in all.

Mango was established in 2006 as the low-cost subsidiary of South African Airways (SAA), in response to Comair having created kulula.com and eaten into SAA’s share of the domestic market. With its own IATA code (JE), the LCC began operations in November 2006 with four 186-seat 737-800s leased from SAA. Since then the fleet has grown to 12 of the type, with additional aircraft being passed on from SAA as it acquires new A320s. Based on OAG schedule data, annual seat capacity grew by just 30% between 2008 and 2012, but between 2012 and 2015 the airline has expanded more rapidly, resulting in capacity growth of almost 70% in that period. 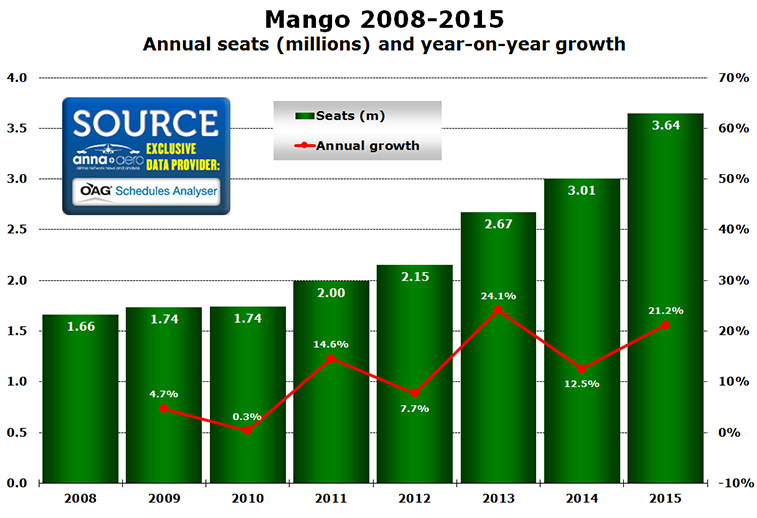 According to SAA’s 2014 Annual Report, Mango carried 2.2 million passengers in the 12 months ending 31 March 2014, compared with 7.1 million for SAA itself. This means that Mango accounts for almost 24% of all passengers flying with SAA Group airlines. Annual load factor for the airline has been in the low 80s in both of the last two years. Again, according to the report, Mango’s aircraft are utilised up to three block-hours per aircraft per day more than that of the domestic market average.

At present, Mango operates on eight domestic airport pairs, as well as a twice-weekly service from Johannesburg to Zanzibar off the East African coast. Five of the eight routes are served at least twice-daily, with the Cape Town-Durban route being the only one on which Mango offers more weekly flights than any other airline. 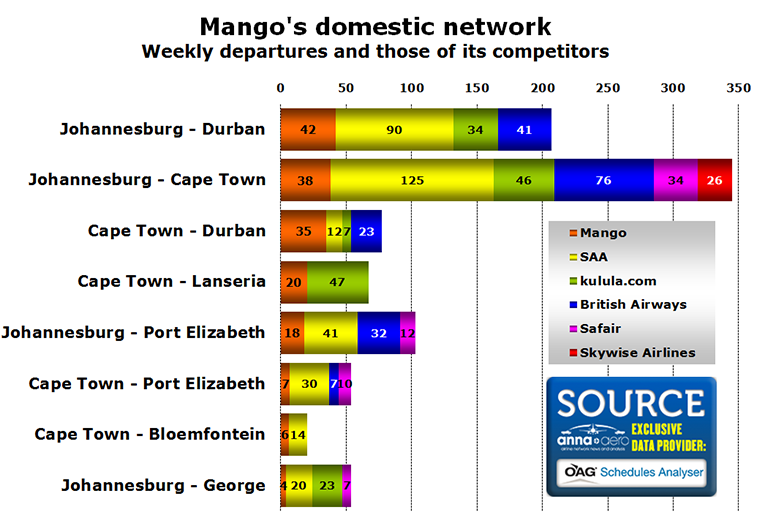 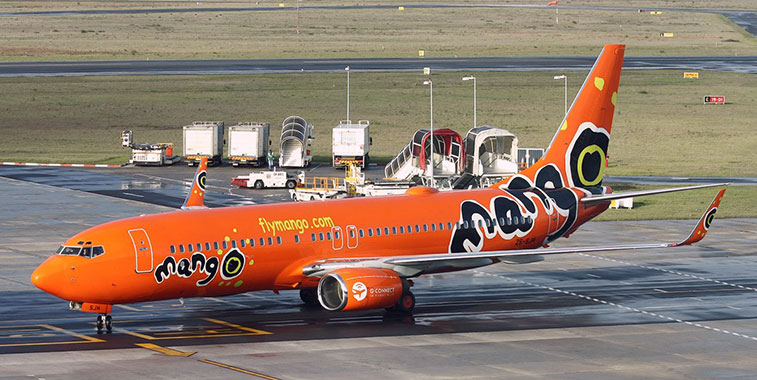 Mango’s 12 737-800s have an estimated average age of 15 years according to planespotters.net, as most are hand-me-downs from parent company SAA. The aircraft have high utilisation with the first flight of the day on most routes being before 07:00.