Recently, anna.aero revealed the winners of its sixth annual European ANNIES awards. The result of the analysis carried out by anna.aero is based purely on analysis of passenger traffic data and schedule data. These scientific awards are all about what the airports and airlines have actually achieved. For the awards that were given to airports and airlines relating to their network growth, we have analysed OAG schedule data for the first week of August 2015 and compared it (where appropriate) with the first week of August 2014.

In total, anna.aero revealed 14 awards, 10 for airports and four for airlines. Now it is time for the airports and airlines themselves to celebrate their accomplishments. Here are a few of the airlines and airports which have shared their celebrations with anna.aero.

Airport with the most new long-haul routes:
Istanbul Atatürk 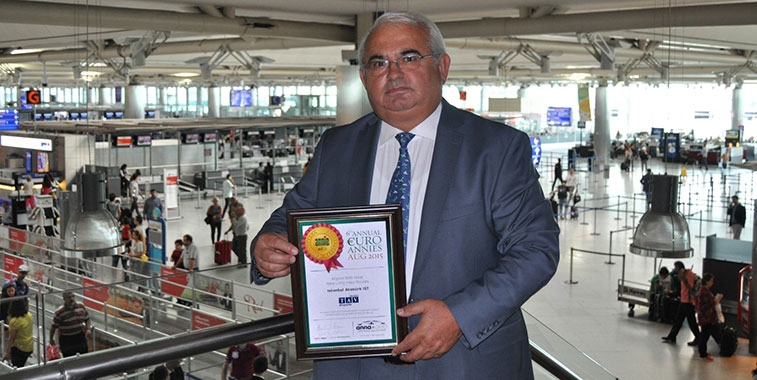 Celebrating with the award for the airport with the most new long-haul routes is TAV Airports VP, Kemal Ünlü. Istanbul Atatürk has seen its long-haul network grow from 36 to 40 routes over the past 12 months, beating runner up Budapest, which has seen three new long-haul routes. The majority of growth witnessed at Atatürk over the time period analysed for these awards has come from Turkish Airlines, which has opened up routes to Manila, Taipei Taoyuan, San Francisco and Jakarta in the past 12 months.

Airport traffic growth awards are calculated comprehensively, thanks to anna.aero’s free, downloadable database of airport traffic statistics, which includes well over 350 airports across Europe. Having this data has allowed anna’s data elves to identify the fastest-growing airports in 2014 in pure passenger terms in six different size categories. 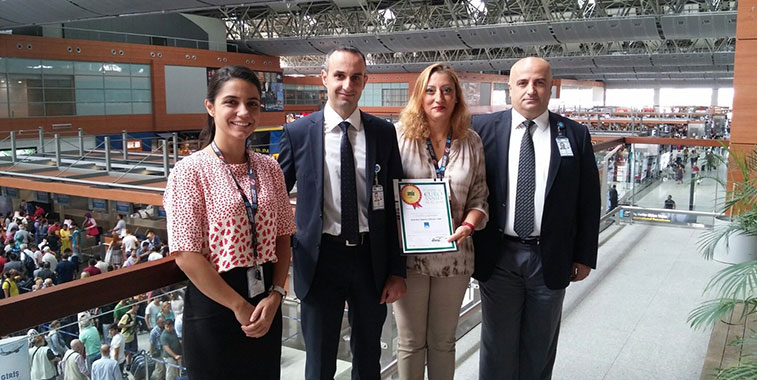 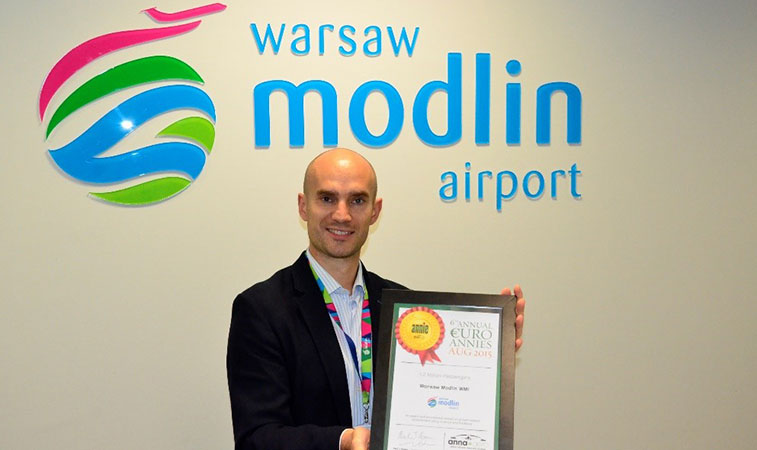 Warsaw Modlin received the award for seeing the strongest passenger growth in the 1-2 million passenger category. Pictured celebrating the award is Piotr Lenarczyk, Modlin Airport’s Commercial Marketing Director. In 2014, passenger traffic at the facility grew by 396%, to a total of 1.4 million passengers. 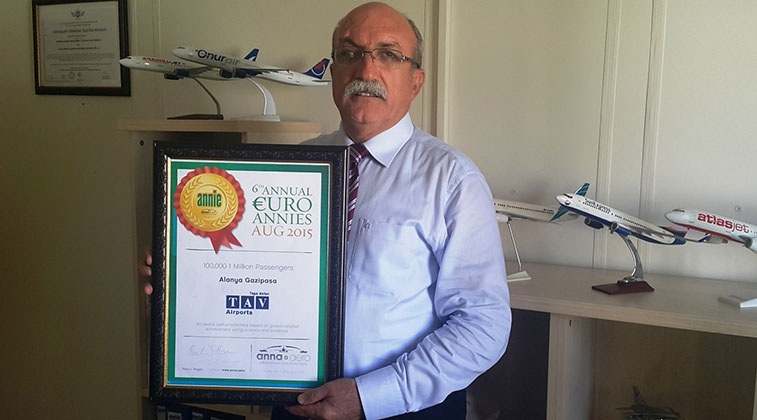 Pictured celebrating the award given to Alanya Gazipaşa for witnessing the biggest growth in passenger numbers in the category of 100,000-1 million is TAV Gazipaşa’s Operations Coordinator, Cengiz Aşıklı. The airport in 2014 experienced passenger traffic growth of 100%.

Airline with the most new routes: Germania 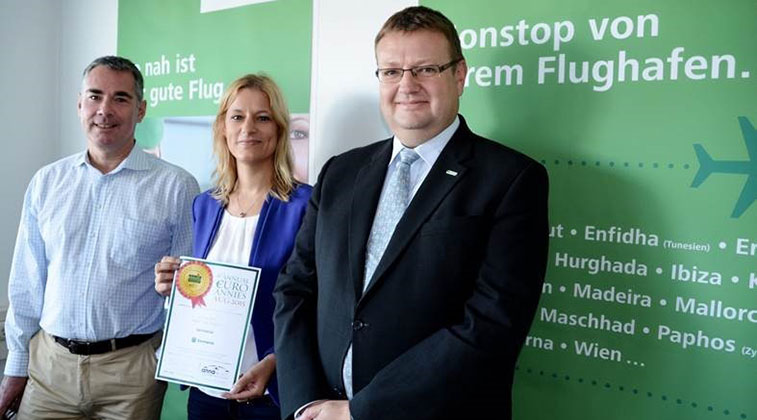