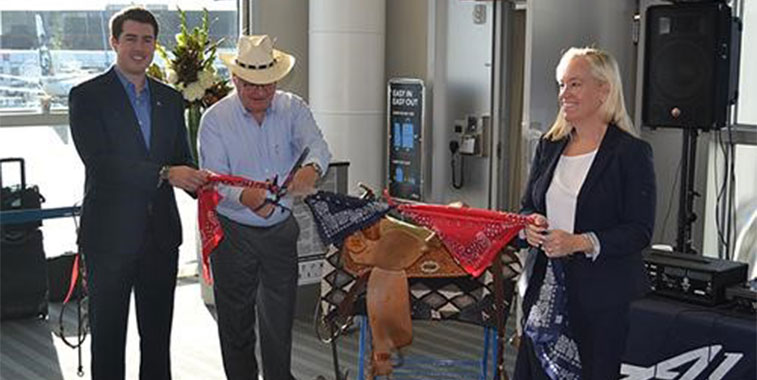 Alaska Airlines also celebrated the launch of services to Nashville at Seattle-Tacoma on 23 September, including not a ribbon, but bandana cutting ceremony.