Dynamic Airways becomes the latest carrier to serve Caracas Airport; but seat capacity for 2015 is down 13% at Venezuela’s busiest airport 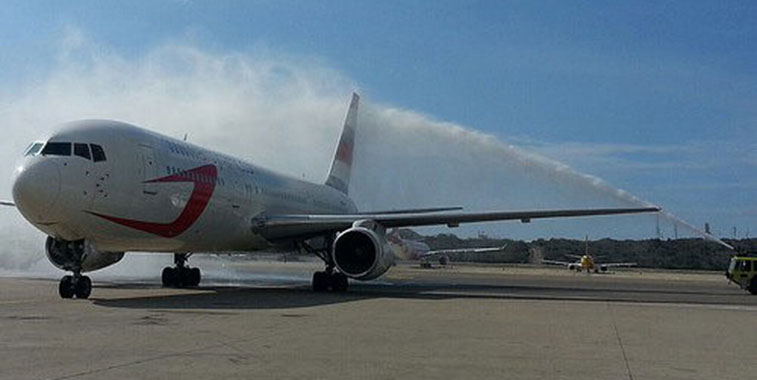 Dynamic Airways commenced operations from Caracas Airport on 17 July, becoming the 29th carrier to fly from the Venezuelan capital. The four times weekly rotation that it operates from Fort Lauderdale has resulted in the airline being the 13th largest out of Caracas this September. When the route was launched, Paul Kraus, Dynamic Airways CEO, said that the route launch was a “monumental moment” for the company in reconnecting Caracas and Fort Lauderdale, a city pair that had not been operated since 2005 when American Airlines last flew the route. From 14 November, the carrier will add its second destination to Caracas from New York JFK.

On 22 September, IATA announced that passenger traffic in Venezuela fell by 8.5% in 2014 when compared to the same 12 month time period of 2013. What is worrying about this trend is that other key economies in the region, such as Colombia and Peru, were up 6.9% and 2.5% respectively. The table below shows a more detailed overview of what occurred in the South American and Caribbean region for 2014, relating to the key economies of the region.

The decline of 8.5% also outpaced the 3% GDP contraction in Venezuela during the same period, reflecting the growing impact of draconian government policies on airlines, including restrictions on the repatriation of currency. Tony Tyler, IATA’s Director General and CEO, commented about the traffic decline by saying: “The Venezuelan government’s policies are crippling the air transport sector and depriving its people of the economic benefits that it could bring. Air travel options in Venezuela are diminishing while the country’s citizens and businesses pay more to travel due to the negative impact of government policies.” This statement is very much supported by the changes in seat capacity at Caracas Airport, the country’s leading international transport hub. Analysis of OAG schedule data confirms that since 2014 seat capacity from the facility has fallen by 13%. However, not all airlines have cut capacity at the airport. 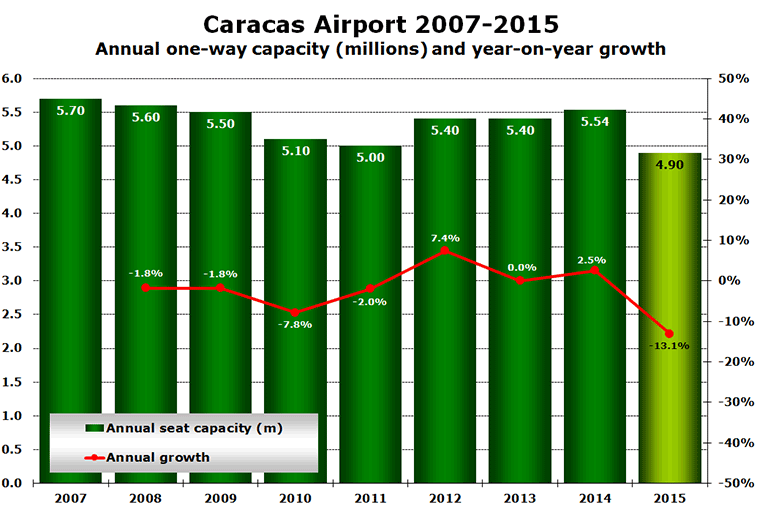 If based on just annual seat capacity alone, the decline of 13% out of Caracas for the whole of 2015 is supporting the statement issued last week by IATA. However, it is worth noting that 2015 (highlighted in light green) still has three months left to pass, which is still plenty of time for an airline to announce and commence operations on a new route, or for other airlines to reduce capacity still further. Nonetheless based on the current figures supplied by OAG, the airport is recording its biggest slump in seat capacity in the past nine years. 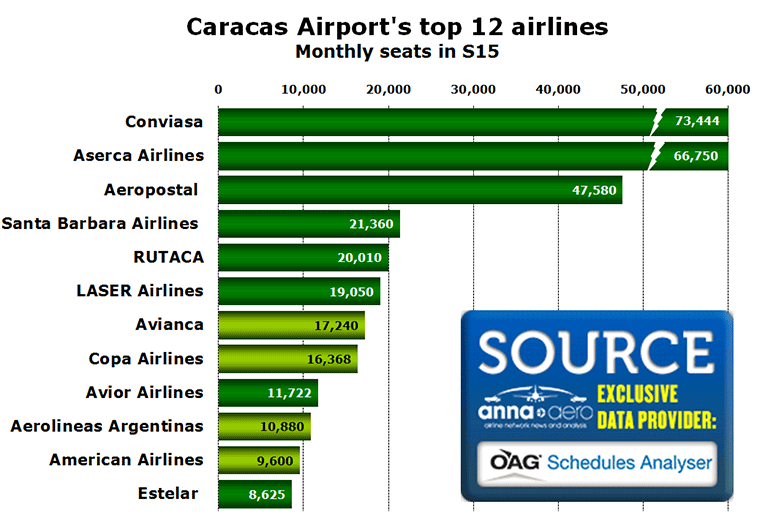 As we can see from the table above, only four carriers in the top 12 (highlighted in light green) are foreign airlines. When anna.aero did further analysis into the breakdown of aviation in Venezuela, a reason was uncovered for this possibility and why home carriers are dominating Caracas capacity. Venezuela is breaching international agreements and the principles of the Chicago Convention in its treatment of airlines. One example, as confirmed and published by IATA, is as follows: ‘Foreign carriers are forced to pay for fuel in US dollars instead of Venezuelan bolivars, going against the non-discriminatory spirit of the Chicago Convention which Venezuela has signed. This is particularly problematic as purchasing fuel is one of the few avenues they have for spending accumulated local currency that cannot be repatriated.’

Although IATA has come out with this statement in relation to Venezuela, a further investigation by anna.aero shows that these four carriers are actually reporting growth from Caracas this September when compared with the same time period of 2014, quite considerably in some cases. Avianca (41%), Copa Airlines (18.9%), Aerolineas Argentinas (53%) and American Airlines (40%) are all in fact growing at a much faster rate than the home carriers, with the top three airlines out of Caracas, Conviasa (-38%), Aserca Airlines (-19%) and Aeropostal (-17%), all reporting declines in seat capacity when compared to September 2014. 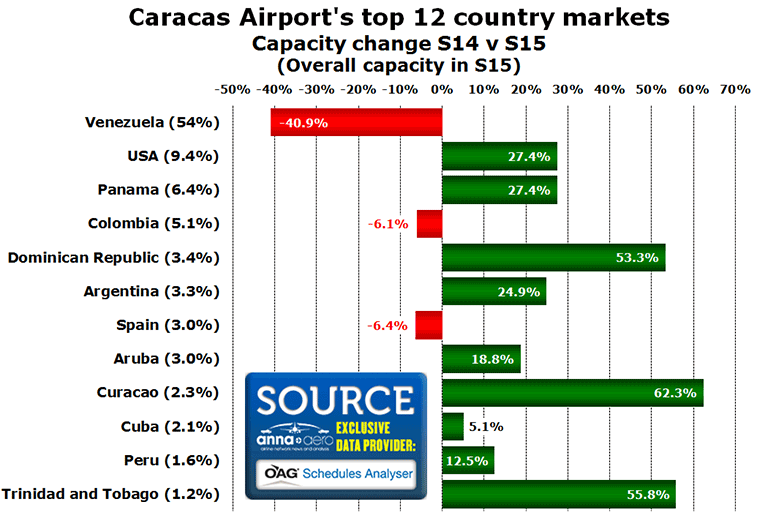 Domestic market suffering the most

Again, trends seen by IATA seem not to be playing a part in the route development at Caracas, as the market which has taken the most severe impact when compared to the same time period of last year is the Venezuelan domestic market, which is down 41%, and has seen its overall capacity share reduce from 66% in September 2014 to 54% in the same month of 2015. Other markets outside of the top 12 have also shown rapid declines in capacity, with Brazil (15th) showing a 52% drop in seats, and Portugal (16th) down 56%. The airport has also lost a country market when compared to the same time period of 2014, with Italy no longer being served according to OAG Schedules Analyser data.

Later this year two carriers will introduce services to New York JFK, with Dynamic Airways planning to commence services on 14 November, while American Airlines plans to introduce the city pair to its ever-growing, international New York JFK operations on 17 December. OAG Schedules Analyser data shows that currently New York JFK is not served by any carrier from Caracas.