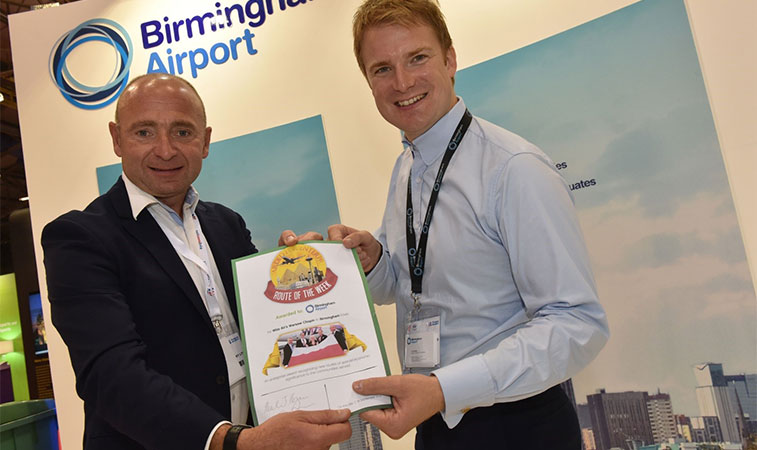 Birmingham Airport celebrated the Route of the Week award live from the World Routes conference in Durban last week. The prize was awarded for the recent launch of services by Wizz Air from Warsaw Chopin on 14 September. The carrier has also recently announced that from 18 December it will launch a third route from the airport to Poznan, after Budapest services launched on 15 September. A fourth route to Bucharest will also commence on 22 May 2016. Celebrating the award are Birmingham Airport’s William Pearson, Aviation Development Director, and Tom Screen, Head of Aviation Development. 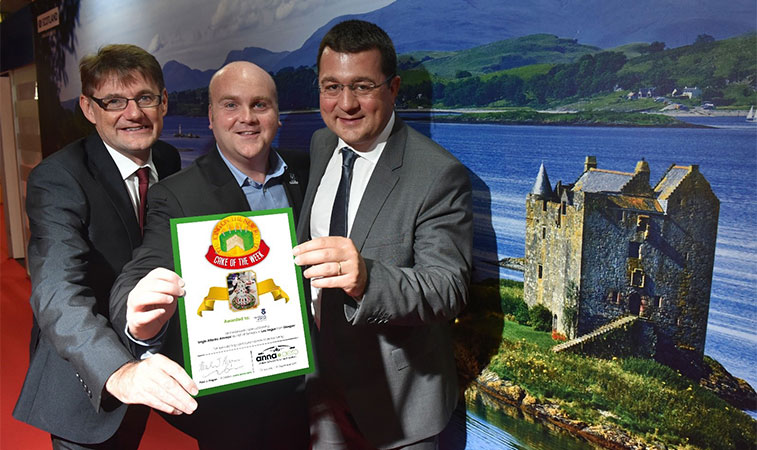 Glasgow Airport celebrated their Cake of the Week award during last week’s World Routes conference in Durban, awarded for the impressive culinary excellence that the airport presented for the launch of Virgin Atlantic Airways’ launch of services to Las Vegas on 10 September. Pictured celebrating with the award during their busy conference schedule are Glasgow Airport’s: Paul White, Business Development Manager; Steven Marshall, Marketing and Commercial Insight Manager; and Francois Bourienne, Commercial Director. On 18 September, Brussels Airport welcomed the arrival of one of Emirates’ A380s in celebration of the MEB3 carrier’s one-year anniversary of services from Dubai to the Belgian capital. This was also the first time that the A380 had operated on a scheduled passenger flight into Brussels. On 17 September, Varna Airport celebrated passing 1,234,567 passengers for 2015. The lucky passenger who allowed the airport to pass this feat was Nina Egeler, who landed on a SunExpress flight from Stuttgart. Welcoming Egeler to Varna as she stepped of the aircraft was Ulrich Heppe, CEO Fraport Bulgaria; Holger Schaefers, Chief Business Development Officer, Fraport Bulgaria; and Dimitar Kostadinov, Varna Airport Director. During September, Turin Airport welcomed families for its second open day event, called “Aeroporto a porte aperte”. The open day allowed families to visit the airport from the ‘inside’ point-of-view, and learn about the airport’s operations and all the different professional jobs which help the airport to run smoothly. More than 800 people took part in the event.