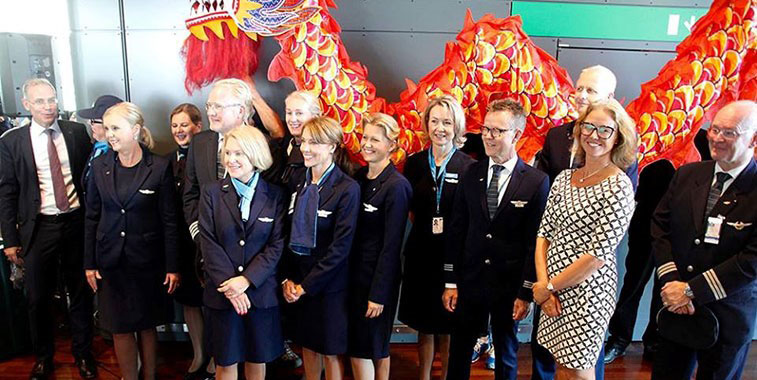 On 10 September, SAS commenced operations between Stockholm Arlanda and Hong Kong. In attendance at the departure of the inaugural flight were Torborg Chetkovich, Swedavia CEO, and Rickard Gustafson, SAS President and CEO. The 8,203-kilometre sector will be flown five times weekly using a mixture of the Star Alliance member’s A330-300s and A340-300s according to OAG Schedules Analyser data, and it is in fact the only direct flight between Hong Kong and Sweden.

Sweden has produced so many wonderful things over the years and has a vast history that ranges from the Vikings all the way up to Abba (anna.aero’s data elves are major fans). Sweden has a population of around 9.8 million, of which 2.2 million live within the metro area of Stockholm. Considering that Sweden is the third largest country in Europe by area, aviation is a key asset to the country, as it allows for efficient links between the north and the south of the nation. Also with the country having the 34th strongest GDP in 2015 in relation to purchasing power parity, international connections are also of the utmost importance. However, with the overall seat capacity for the country being down 2%, anna.aero looks to see which of the country’s key market connections is taking the biggest hit, along with which airlines are shrinking operations. 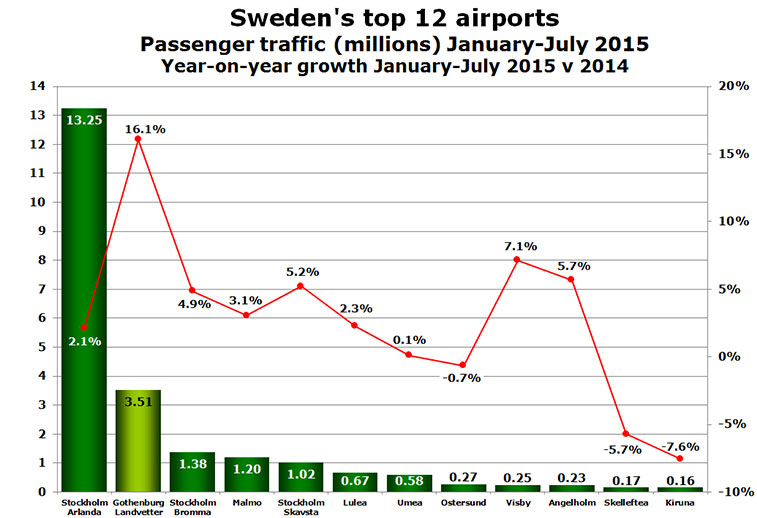 Stockholm Arlanda dominates passenger traffic in and out of Sweden, being the origin and final destination for 56% of overall passengers in 2014. In total, three of Stockholm’s airports, Arlanda, Bromma and Skavsta occupy 66% of passenger traffic out of Sweden in 2014, which is no surprise as a majority of the population live within the city’s metro urban area. One major change to Sweden’s aviation canvas is the closure of Gothenburg City Airport to commercial traffic, which has resulted in Gothenburg Landvetter (highlighted in light green) seeing a 16% growth rate in passenger traffic for the first seven months of 2015, hence why the airport has seen growth that is superior to the rest of Sweden’s airports. As a result of Gothenburg City leaving the top 12, Kiruna has jumped into the top 12, despite seeing an overall reduction in passenger traffic of 7.6%. Elsewhere outside of the top 12, Linkoping (17th) has seen traffic grow 16% whereas Stockholm Vasteras (17th), has seen traffic fall nearly 11%. So with overall seat capacity for the country down 2% for September 2015 when compared to the same month as last year, it seems that Sweden’s regional airports are the ones taking the biggest hit. 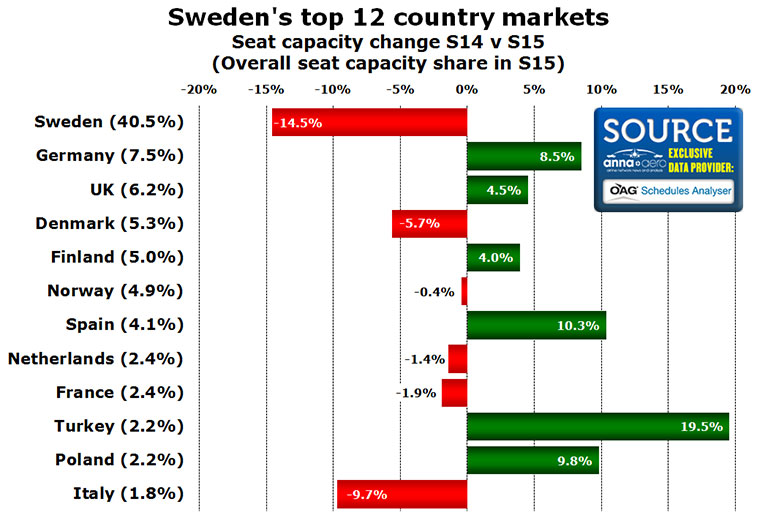 Domestic market suffers the most

The domestic market in Sweden has taken the worst capacity cut hit when compared to the rest of the country markets on offer from the nation, with overall domestic seat capacity being down nearly 15% in September when compared to the same time period analysed in 2015. One major change to the top 12 is that Finland has overtaken Norway to become the fifth most popular country pair from Sweden. However it is Turkey which has become the star in relation to county market growth, seeing seat capacity increase by nearly 20%, helped in part by SAS, which commenced services from Gothenburg to Gazipaşa on 1 July, and between Stockholm Arlanda and Ankara on 2 July. Outside of the top 12, in relation to long-haul markets, the US (14th) has seen capacity reduced by 25%, while Qatar (26th) has now overtaken the UAE (27th) to become the strongest Middle East market, after seeing seat capacity grow by 40%. Other strong country growth was also seen in the Lithuanian market (30th), which is up 44%, while Greece (16th) has seen a 54% increase in seat capacity for S15 according to OAG Schedules Analyser data. 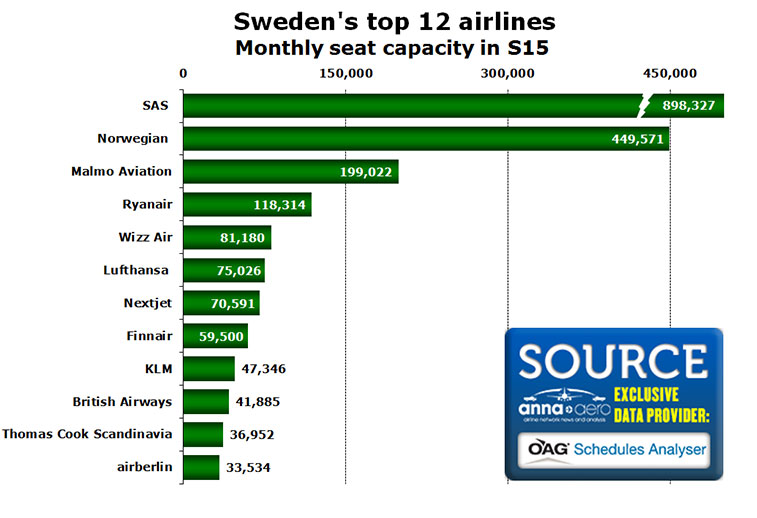 In the past 12 months, Finnair has increased its seat capacity out of Sweden by nearly 21%, making it the only full-service carrier in the top 12 to record double-digit growth. The only low-cost airline to record double digit growth out of the country is ULCC Wizz Air, which is reporting an increase in seat capacity of 17%. One of the Hungarian based carrier’s latest route launches from Sweden was between Tuzla and Stockholm Skavsta on 26 June. The number one airline from Sweden however, SAS, is only reporting an increase of 0.9%. What is interesting to note however is that Norwegian, the number one LCC from Sweden, is showing a 2.6% decrease in seat capacity. 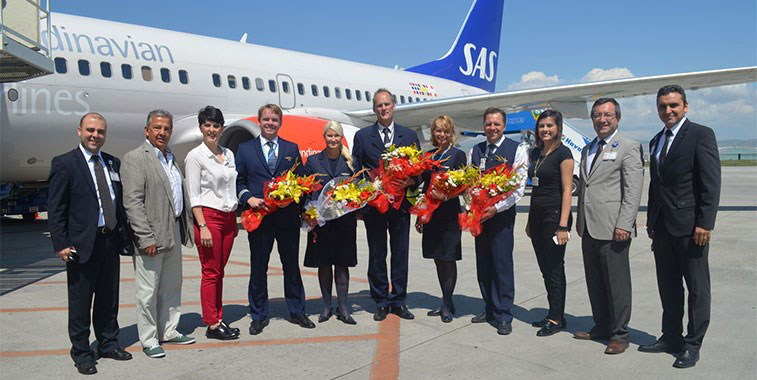 SAS launched services between Stockholm Arlanda and Ankara in Turkey on 2 July, the fastest growing top 12 country market from Sweden. The city pair is flown weekly on Thursdays, and there is no incumbent carriers on the capital city connection.