Budapest Airport celebrated the launch of Wizz Air’s twice-weekly service to Birmingham on 15 September by producing a cake in the style of the UK’s second city’s iconic Bullring shopping centre, one of the biggest city centre shopping malls in Europe. Marking the achievement by posing with the cake are: Tamara Mshvenieradze, Corporate Communications Manager, Wizz Air; and Balázs Bogáts, Head of Airline Development, Budapest Airport; along with two crew members from the inaugural flight. 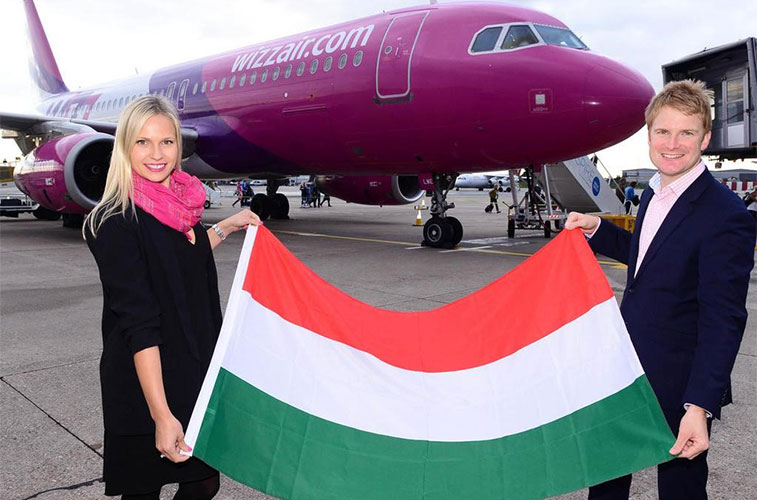 Birmingham Airport welcomed the arrival of Wizz Air’s twice-weekly service from Budapest on 15 September, a day after the airline inaugurated services from the UK’s second city to Warsaw Chopin. Celebrating on the apron at Birmingham are: Tamara Mshvenieradze, Corporate Communications Manager, Wizz Air; and Tom Screen, Head of Aviation Development, Birmingham Airport. Flights will operate Tuesdays and Saturdays on the city pair. 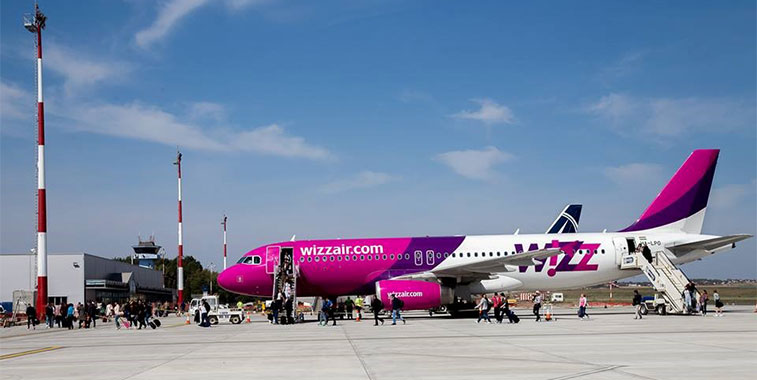 Passengers in Iasi disembark Wizz Air’s inaugural flight from London Luton on 16 September. Flights on the 2,071-kilometre sector will operate twice-weekly on Wednesdays and Sundays, competing directly with TAROM, which also flies on the airport pair twice-weekly with a Tuesday and Saturday service. 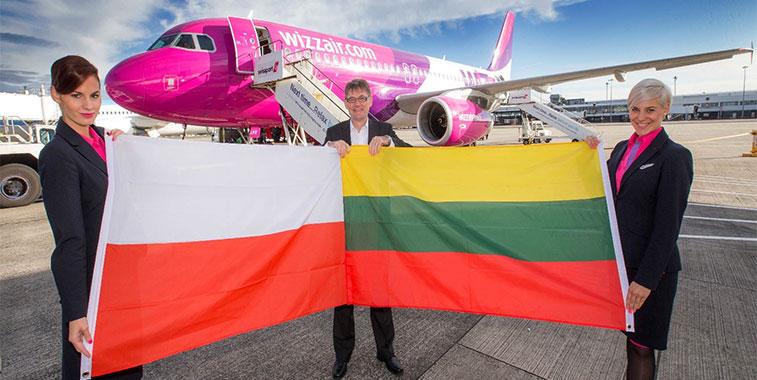