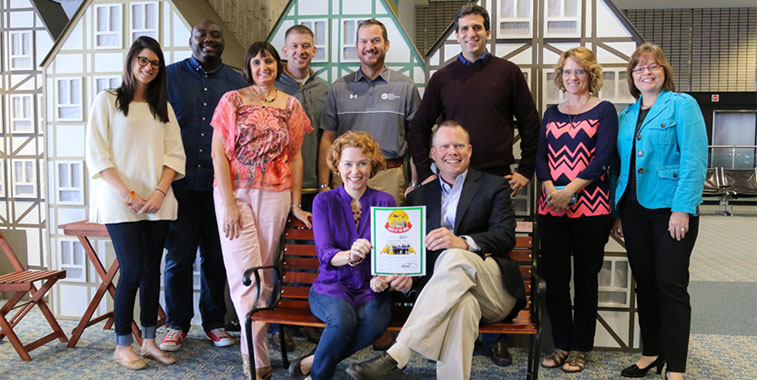 Tampa Airport celebrated with their Route of the Week award that they received for the launch of services from Frankfurt with Lufthansa on 25 September. Pictured with the award is the Tampa Airport Marketing and Air Service Development Team. 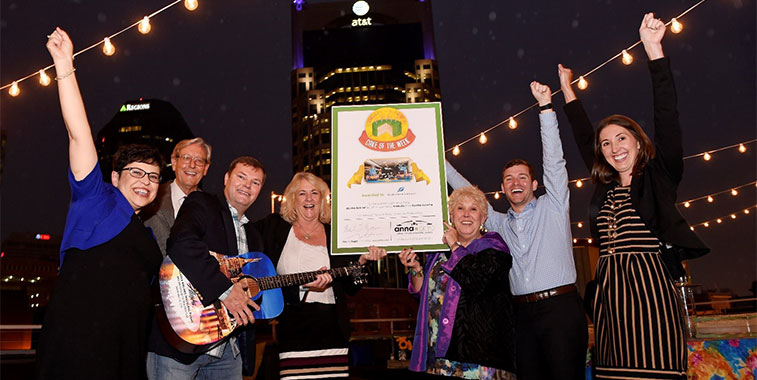 Hamburg Airport completed the first stage of its new cargo centre on 2 October with a topping out ceremony. Around 180 guests celebrated the topping-out ceremony for the construction project. The modern buildings and facilities on Weg beim Jaeger will replace the existing 1960s Air Cargo Centre, ensuring optimal airfreight processing and handling in Hamburg. The project cost is approximately €50 million. Michael Eggenschwiler, CEO of Hamburg Airport, said at the ceremony: “Our goal as an airport is to take a leading role in the development of infrastructure provision for Hamburg as a centre of aviation and airfreight.” Qatar Airways launched A350-900 services to Munich Airport on 1 October, replacing current 787-8 services. A second daily A350-900 service is scheduled to commence on 1 November. Local media were allowed to tour the aircraft during its turnround. On 6 October, Ponta Delgada Airport welcomed its one millionth passenger for the year so far. The lucky recipient to gain this title was Olaf Richter who arrived from Brussels. He was greeted on arrival by a majority of airport staff and also received a gift voucher. 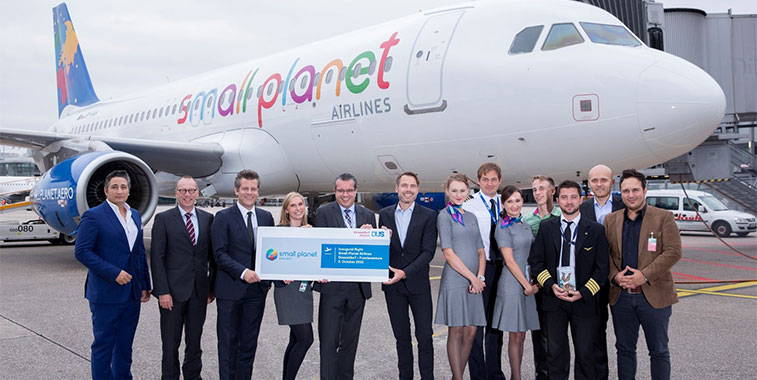 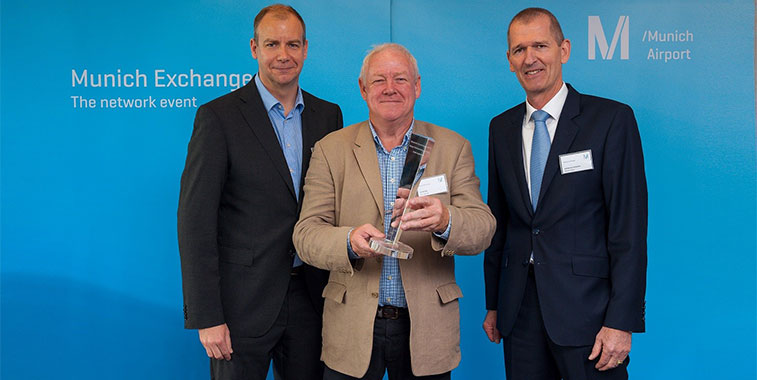 bmi regional won the 2015 Munich Exchange Award 6 October. The British carrier, which launched its first service in Munich on 13 May 2013 with a flight from Bristol, has since added connections to Rotterdam, Bern and Liège. The award was given for the combination of new destinations and services, strong gains in total passengers and improved load factors over the past year. Andreas von Puttkamer, Head of Munich Airport’s Aviation Division, presented the award to Ian Woodley, chairman of bmi regional, and Jochen Schnadt, the airline’s CCO. On 30 September, Tenerife North Airport helped celebrate the arrival of Binter Canarias’ latest ATR 72-600, which has been named Timple. The aircraft arrived to be welcomed by a traditional water arch salute. While on a visit to Frankfurt on 5 October, Jonathan Ford, Assistant Editor of anna.aero, caught up with Robert Payne, Head of International Press & Global Activities Team, International Spokesman, Fraport AG, who showed him around the site of the new Terminal 3 which will be built on the south-side of the airport. The initial first phase will have a capacity of 14 million annual passengers, while a second phase will increase the throughput to 22 million. It is expected to be open by 2022.