United Airlines grows all five of its major hubs by between 0% and 5% in 2015; controversial Newark-Columbia route load factors revealed 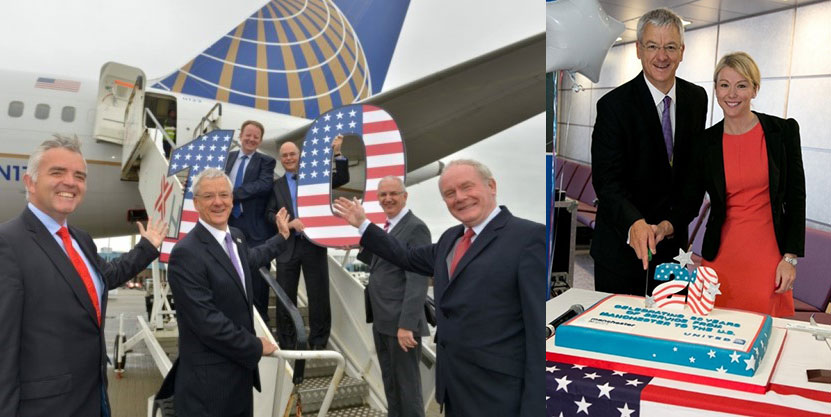 Some Newark routes last longer than others for United Airlines. This summer saw the carrier celebrate 10 years of flights to Belfast International and 20 years to Manchester, but service to Columbia in South Carolina lasted just 19 months.

United Airlines is one of the big three remaining US legacy carriers and during the second quarter of 2015 reported an operating margin of 14%. While impressive by global standards it lagged behind its arch rivals Delta Air Lines (17%) and American Airlines (19%). United’s merger with Continental Airlines has not been without its problems especially with regards to IT issues. From a network perspective the airline lacks a hub at which it is truly dominant. At Chicago O’Hare it is only around 40% larger than American, with Southwest Airlines a major competitor at Chicago Midway. At Houston Intercontinental the airline is top dog for sure, but only just over twice as large as Southwest at Houston Hobby. Across the three major airports serving New York, United offers almost the exact same number of weekly seats as Delta, while in Denver it is only around 30% bigger than Southwest. 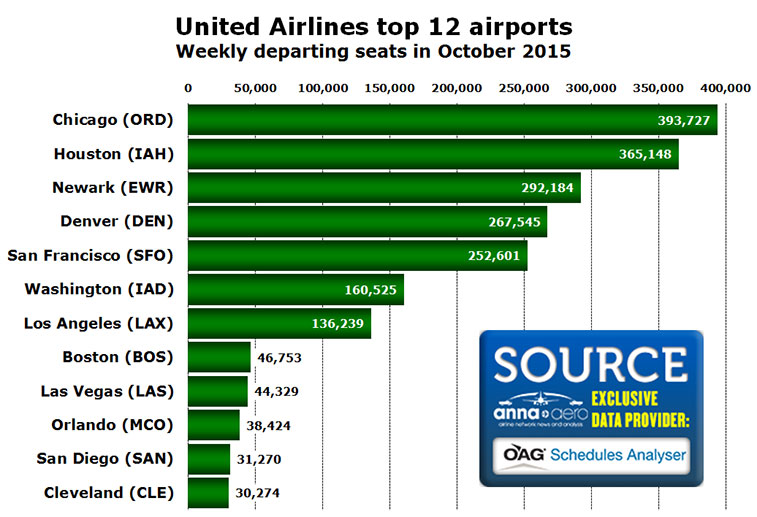 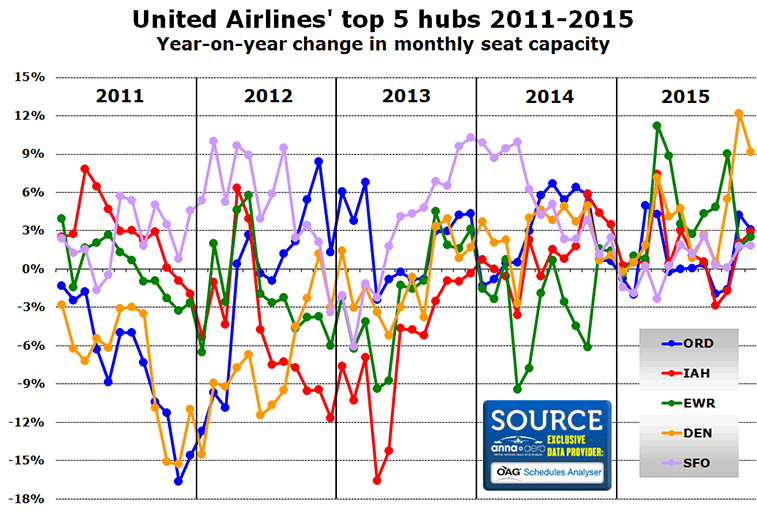 The graph clearly shows the dip in Houston capacity starting in the second half of 2012 when the airline tried to punish the city for approving Southwest’s plans for international services from Houston Hobby. Last year saw a dip in Newark capacity while San Francisco’s consistent year-on-year growth has rather run out of steam in 2015.

New routes at all five major hubs in 2015

According to anna.aero’s New Route Database, United has launched a number of new services from its five main bases during 2015:

Several of these are seasonal and/or low frequency services.

The recent resignation of United CEO Jeff Smisek generated considerable media coverage, especially the allegation that the airline started a route in 2012 between Newark and Columbia in South Carolina as a favour to a former chairman of the Port Authority of New York & New Jersey (which operates Newark Airport). The route was only operated twice-weekly using a 50-seat Embraer regional jet, flown on behalf of United by ExpressJet. There was a Thursday evening rotation and a Sunday night outbound flight with the return flight on a Monday morning (departing Columbia at 06:20 and arriving in Newark at 08:25). Ideal timings for a weekend break. The route was suspended at the end of March 2014. Using US DOT traffic statistics anna.aero can reveal what the monthly load factors were on the route from the time it started until the route was terminated some 19 months later. 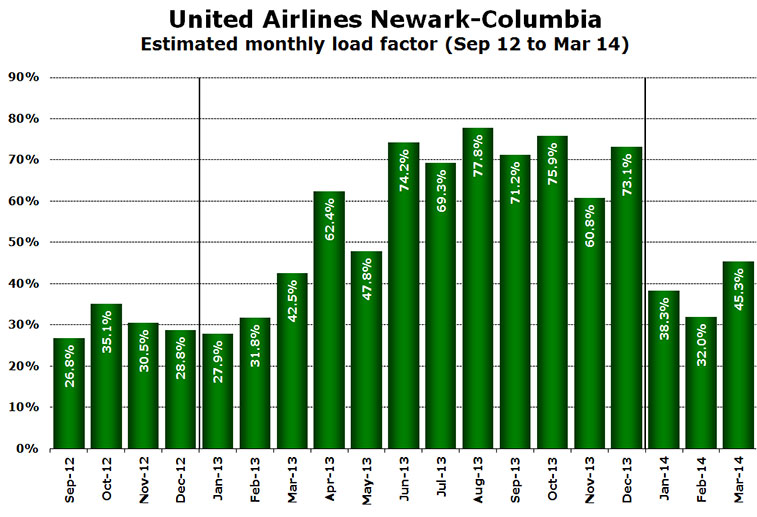 For 11 of the 19 months that the route operated the monthly load factor was below 50%, and below 40% for eight months. This would suggest a seriously loss-making route, though without detailed fare and cost data this cannot be known for sure. Peak summer load factors were better suggesting that maybe the route could operate seasonally. Curiously though, United’s Newark service was the only one at Columbia during the summer of 2013 that did not operate at least daily. The services operated at the airport in the first week of August 2013 can be summarised as follows: 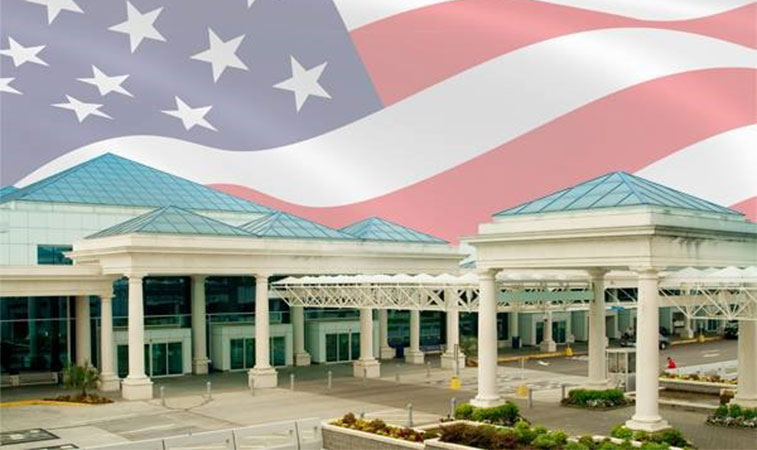 Columbia Metropolitan Airport in South Carolina has found itself in the news as a result of the resignation of United Airlines CEO Jeff Smisek. A service to Newark that operated between September 2012 and March 2014 may not have gone through the same detailed route evaluation process as other routes in the airline’s network. It seems the airport itself was as surprised as anyone by the airline’s decision to start the service.