Arch of Triumph leader shows off its certificate 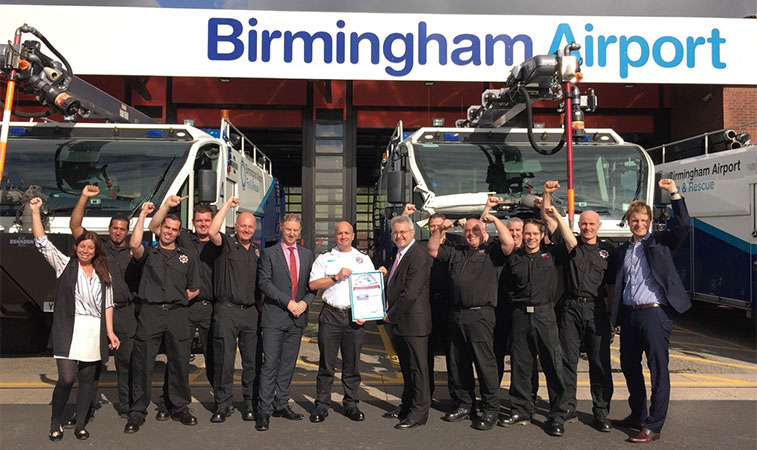 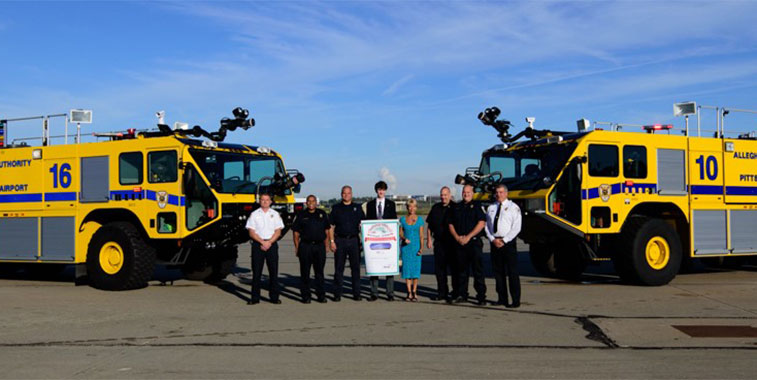 Of the 31 weeks of competition so far in 2015 (which does not include the two weeks of public vote at the start of the S15 season) the average score of all of the winners has been 32.4. Last year, from the 42 weeks of competition, the average result of all the victors was just 30.0, while in 2013 it was a mere 28.5, so clearly global FTWA standards are rising. That said, looking just at the top 10 in each year, again the first year of the annual battle was the worst performing with an average of 31.2, while 2014 ended up with an impressive 36.7. In the nine and a half months of this year, the 2015 leader board is still tracking behind that of last year, mustering an average of 36.3 so far. Indeed, last year’s table-topping score from Munich of 38.9 is yet to be surpassed ‒ in 2013 it was 36.2 from Tenerife North; and in 2015 it is Birmingham with 37.9. With around 10 weeks of competition left to run, there is still time for this to change. There will however be two weeks of public votes, as the start of W15/16 is less than two weeks away. If you have a route starting in either of those two weeks start mobilising your airport staff, your likers and followers now. Keep Monitoring!! 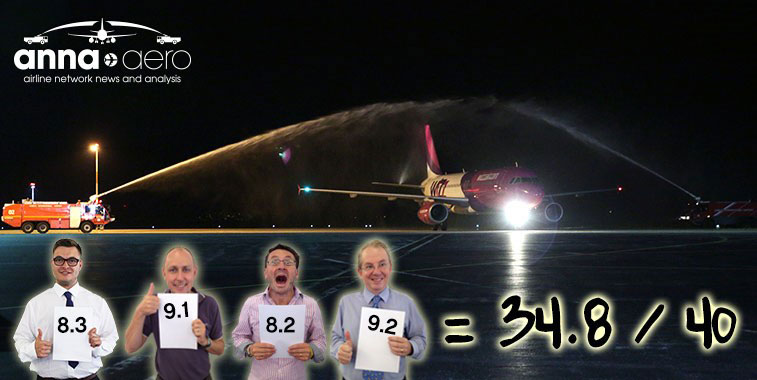 Judge’s Comments: Earlier this year, the top spot in the 2015 Arch of Triumph changed hands more times than Liverpool Football Club changes its managers. In competition week 14 Birmingham was #1, only to be usurped two weeks later by Portland. The US airport was then knocked off pole by Košice in week 18. The Slovakians held onto the summit of the leaderboard for four weeks, but they have been hungry for another route launch to have another go at reclaiming the #1 spot. With a score of 34.8 they only managed 14th place overall…but still enough to win this week… 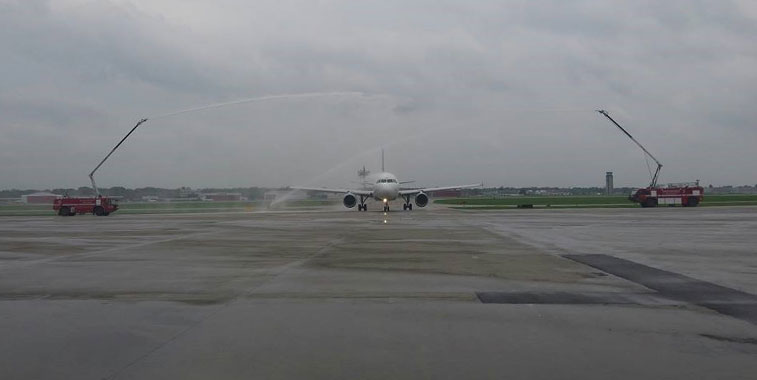 There are just two words to describe this FTWA…oh dear…

Judge’s Comments: There is so much going wrong with this FTWA it’s perhaps easier to talk about what they got right in Rochester. Errrr…well…ummmm…the tenders were in the right place. Maybe there was some seagull poo on the apron that the firefighters in the right tender just had to wash off…and I don’t think we’ve ever seen a near-horizontal water jet before…this FTWA is truly unique…but unfortunately in a bad way… 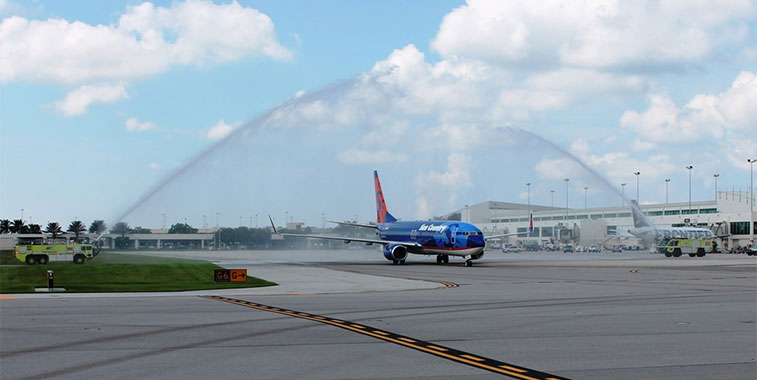 Is it me…or does the nose of that Sun Country aircraft look like a grumpy penguin…?

Judge’s Comments: Been a while since we’ve had one of these…yep it’s a Dukes of Hazzard FTWA. The gap in the water jets (like a broken wooden bridge on the edge of the state line) is only passable using the General Lee to leap between the two, as those Duke boys did in pretty much every episode of the 80s TV show to escape their nemesis Sheriff Rosco P. Coltrane…yee-hah!!