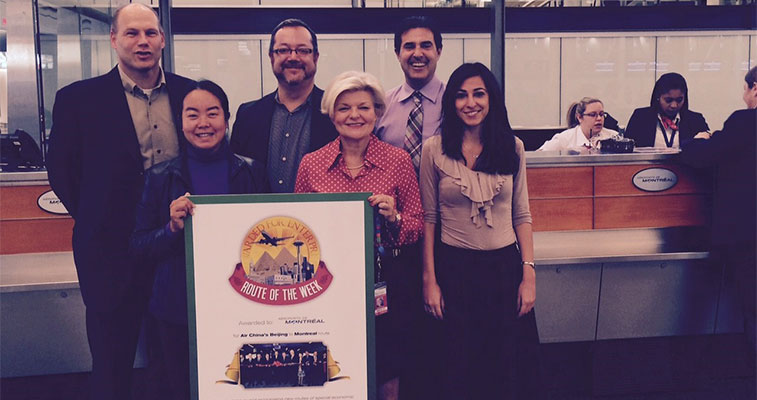 On 8 October, Prague Airport welcomed the arrival of Ryanair’s 500,000th passenger to travel through the facility. Martin Randus, Airline Marketing, Prague Airport; Veronika Hradilová, the lucky 500,000th passenger; and Denis Barabas, Sales & Marketing Executive for Romania & CEE, Ryanair, are seen pictured cutting the celebratory cake at check-in. Barabas commented about the milestone by saying: “Ryanair is delighted to celebrate its 500,000th customer at Prague Airport. In the last two years Ryanair has seen a huge demand for its routes at Prague Airport as customers in the Czech Republic snap up Ryanair’s lowest fares to Bremen, Brussels Charleroi, Dublin and London Stansted.” Krakow Airport officially opened the first part of its new passenger terminal building, as well as a direct train connection to the city centre this week. The opening signals the completion of a key part of the landside investment project covering the extension and modernisation of the passenger terminal, reconstruction of the internal transportation system and construction of a train station. Jan Pamuła, Krakow Airport President, commented of the opening by saying: “We can easily say that we have built a new airport. Although the construction works are still on, passengers are already provided with a much higher level of service and comfortable conditions. Our investment is incredibly complex due to the necessity of conducting construction works while the airport is operating, without interrupting its functioning.” On 9 October, Amsterdam Airport Schiphol welcomed the arrival of Finnair’s first A350. Amsterdam was the first stop on the promotional tour for the oneworld member’s first of 19 A350s. The Netherlands hub welcomed the aircraft with a traditional water arch salute, with the airport also guiding the aircraft on to stand with its famous vehicle procession, usually only seen at Schiphol’s route launches. 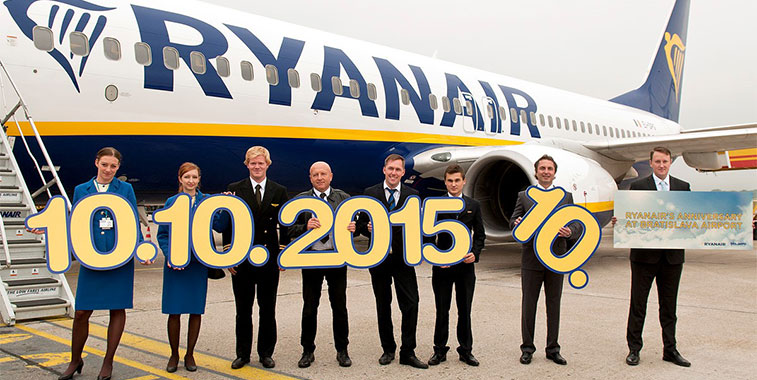 On 10 October, Ryanair celebrated its 10-year anniversary of services to Bratislava. Commenting on the achievement, Katarzyna Gaborec-McEvoy, Ryanair’s Deputy Sales & Marketing Manager for Central & Eastern Europe, said: “We are pleased to celebrate 10 years of low fares at Bratislava Airport. Since we began operations in 2005, Ryanair has carried over eight million customers through Bratislava and we look forward to continuing to grow traffic, tourism and jobs.” Ivan Trhlík, Bratislava Airport CEO, also added: “It‘s been a great 10 years of co-operation with Ryanair, with the highlight being the opening of their base at Bratislava on 30 March this year. Ryanair commenced flights from Bratislava in 2005 with four direct routes and through the years, the number of routes has increased to 18.” 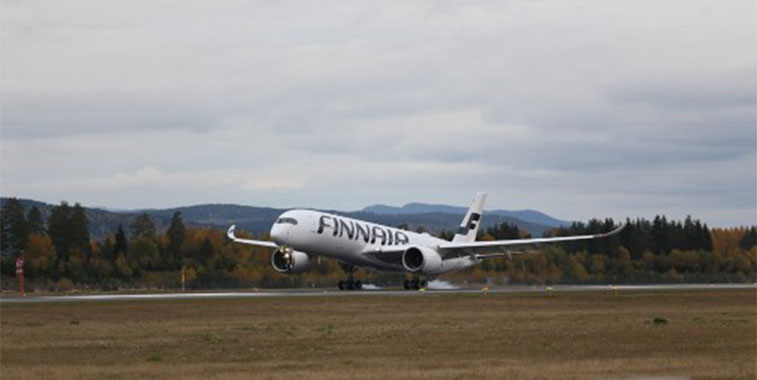 On Friday 9 October, the first ever visit of the A350 to Norway took place. Finnair, which took delivery of the aircraft on 7 October, operated the flight to Oslo Gardermoen from Helsinki. The long-range aircraft will first be used on a number of Finnair’s regular scheduled flights across its European network as part of the airline’s programme to acquaint crews with the new plane. Finnair has four daily departures from Oslo to Helsinki, giving Norwegian passengers a great choice in connection opportunities on the airline’s ever-expanding route network.