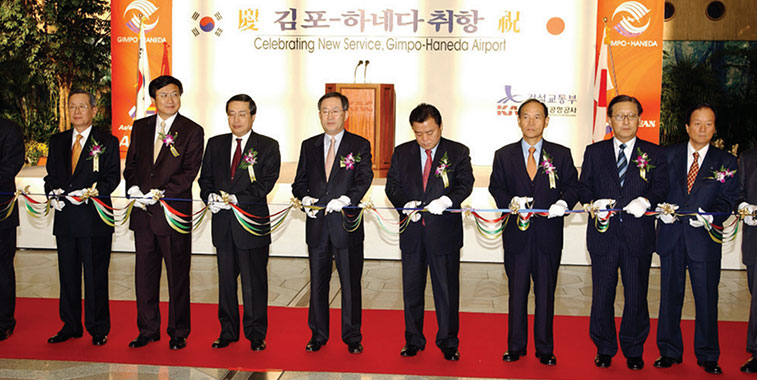 Seoul Gimpo Airport is one of several ‘downtown’ airports serving major Asian cities which was superseded by a newer airport further away from the city centre, but which has remained open for commercial flights. Restrictions have often been put in place for operations at the ‘old’ airport to ensure that sufficient airlines move or start operations at the newer airport. In the case of Seoul Gimpo Airport it was initially restricted to domestic routes once Seoul Incheon Airport opened in 2001.

The airport has two close parallel runways and two terminals, one catering to domestic flights, the other to international flights. Due to the airport’s proximity to urban communities a curfew is in place between 23:00 and 06:00.

After falling to under 14 million passengers in 2005 traffic has grown by more than 50% in the last nine years, with year-on-year passenger numbers growing every year. Last year saw the airport pass through the 20-million mark once more as a result of 8.4% growth. 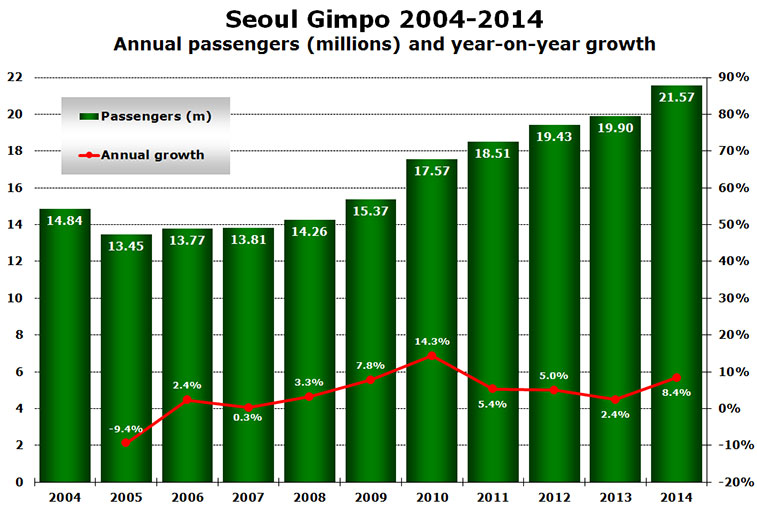 MERS has impact in June and July; still on track for record 2015

Despite an outbreak of MERS in South Korea at the end of May, which affected traffic in June and July, Seoul Gimpo’s traffic for the first nine months of 2015 is still almost 7% higher than last year. This suggests that the airport could be on track to handle 23 million passengers this year. Given that the domestic terminal is designed to handle over 31 million annual passengers and the international terminal an additional 4.5 million, the airport is a long way from being at full capacity. In terms of the airport’s seasonality profile in 2014, Seoul Gimpo scores an “excellent” 0.91 on anna.aero’s SVID (Seasonal Variation In Demand) calculator. Being an airport focussed on year-round business traffic clearly helps in this regard. 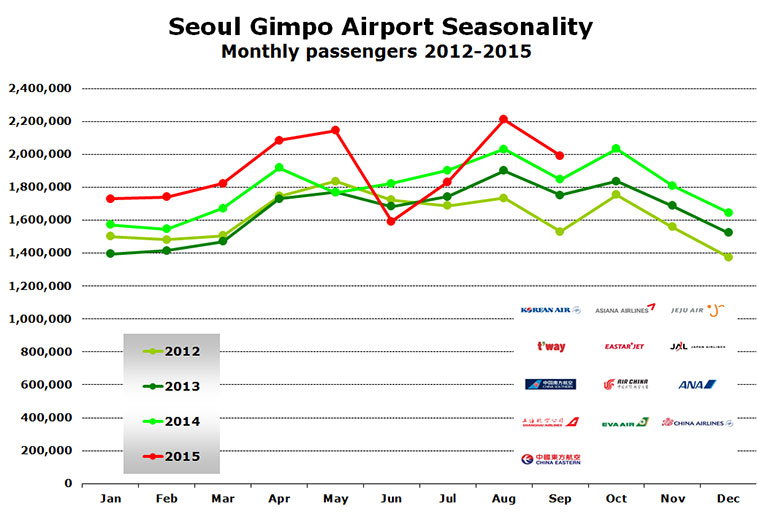 Not surprisingly given that the airport is mostly focussed on domestic routes, local airlines dominate at the airport with Korean Air leading Asiana Airlines, Jeju Air, Air Busan, t’way air and Jin Air. There are currently seven foreign carriers operating at the airport led by the two main Japanese carriers, All Nippon Airways and Japan Airlines, who each have three daily flights to the airport. Taiwan’s EVA Air is missing from this list as it suspended flights from Taipei Songshan in early June and only resumed them at the end of August. 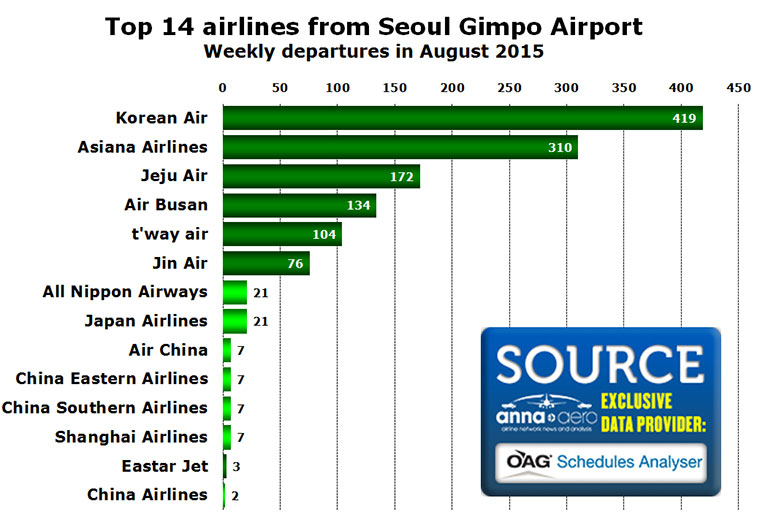 As revealed recently in a separate analysis by anna.aero, the Seoul Gimpo to Jeju route is the world’s busiest airport pair in terms of annual seat capacity, with almost seven million one-way seats offered on the 450-kilometre air route. It is also the airport pair with the most annual flights. Not surprising then that it is by far the airport’s busiest route with over 100 daily flights in each direction. Busan is a distant second followed by Tokyo Haneda which is served by four carriers (All Nippon Airways, Asiana Airlines, Japan Airlines and Korean Air) all operating thrice-daily flights on the route. 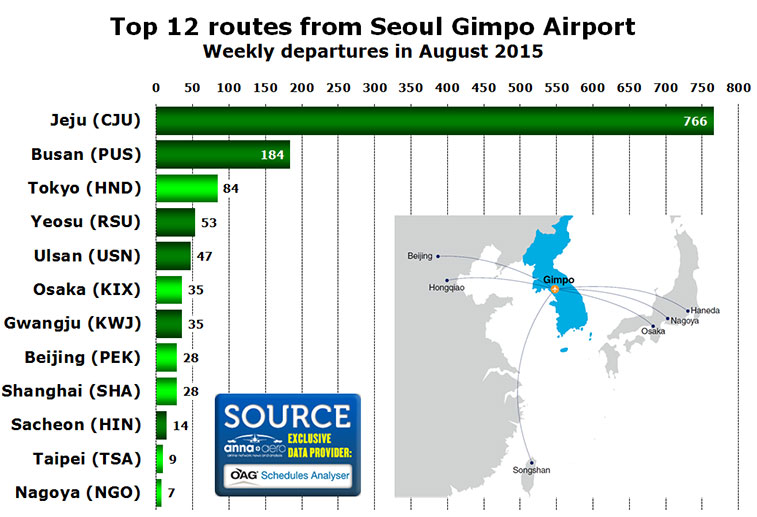 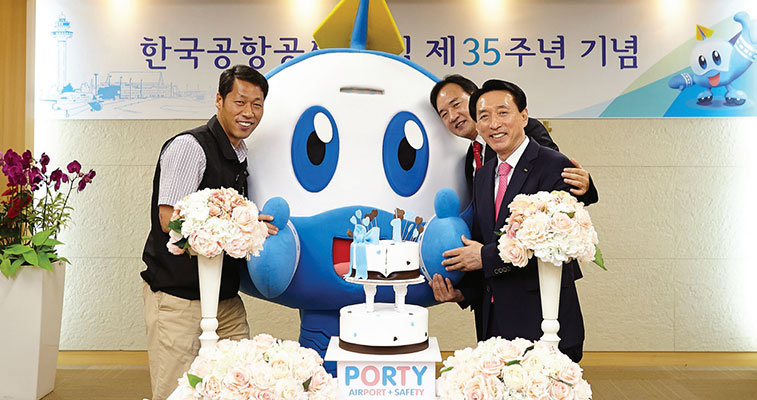 This summer the Korea Airports Corporation (KAC) celebrated its 35th anniversary. On 30 June a commemorative event was held in the main conference room located on the third floor of the KAC headquarters at Seoul Gimpo Airport. It was also the first birthday for Porty the KAC mascot.