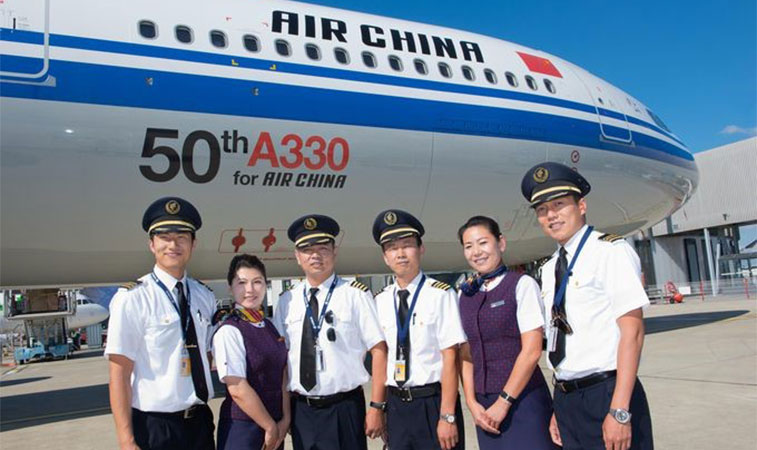 On 30 September, Air China welcomed the 50th A330 into its fleet in Toulouse. The A330-300 is the first 242 tonnes maximum take-off-weight (MTOW) version to be operated by a Chinese airline. The increased MTOW allows airlines to operate longer range at improved operating costs.

After handing over 108 airframes in August, Airbus and Boeing maintained their delivery performance in September by distributing a total of 126 aircraft to various customers, up five units when compared to the same month of last year. As a result, the American manufacturer maintains its lead over its European rival in terms of aircraft delivered by distributing 28 more units to its respective customers. In the same month last year, it is worth noting that Boeing delivered 13 more aircraft. With this, Boeing strengthened its lead in the 2015 delivery race to 128 units, up from 102 in August.

Having delivered more than 100 aircraft for the eighth month in 2015, the two manufacturers have once again recorded an impressive total. The combined deliveries of both producers for the ninth month of the year was 126, of which 77 came from Boeing and 49 from its European counterpart. Notably, the American manufacturer has increased its total deliveries for September when compared to the same month of last year by 10 units. Airbus on the other hand delivered five less aircraft than in September 2014. Overall 71% of deliveries in September were narrow-body aircraft, with the remaining 29% wide-body. However, when looking at the wide-body market, Boeing produced 70% of aircraft, up from the 64% majority it held over Airbus last month. 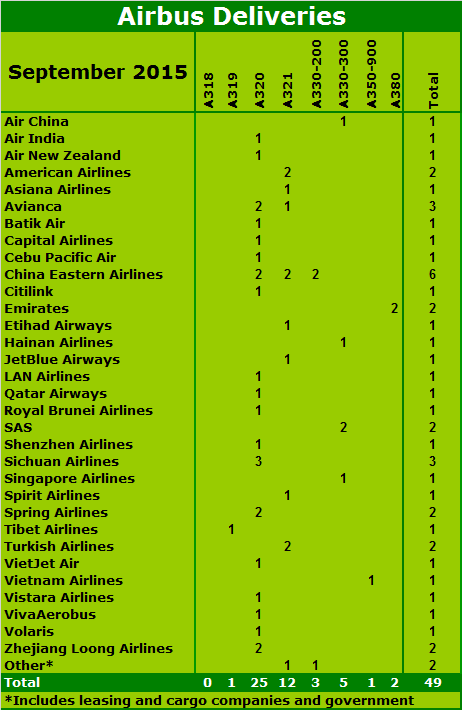 Airbus ended September with a total of 49 units being delivered to airlines, which is five more airframes than the amount delivered in August. However, it is five less than what it delivered in the same month last year. Over the period of January to September in 2015, the European producer has delivered 446 units, representing an increase of three units on the same time period analysed in 2014.

For the month of September, single-aisle deliveries were led by the A320 (25 units, up 10 from August), with a total of 38 single-aisle aircraft being provided to carriers around the world (up six when compared to last month). This means that Airbus produced 13 fewer narrow-body aircraft than Boeing in September. Sichuan Airlines was the biggest recipients of the A320 in September, collecting three units of the aircraft type. Avianca, China Eastern Airlines, Spring Airlines, and Zhejiang Loong Airlines each picked up two A320s each respectively. American Airlines, China Eastern Airlines and Turkish Airlines were the biggest recipients of the A321, with each accepting two into their fleets in September.

Looking at wide-body deliveries, Airbus handed over 11 airframes in September, one fewer than in August. Following on from the delivery of two A380s in August, the European producer handed over the same amount in September, with both going to MEB3 carrier Emirates, the largest operator of the type in the world. One A350-900 was also delivered in September to Vietnam Airlines. 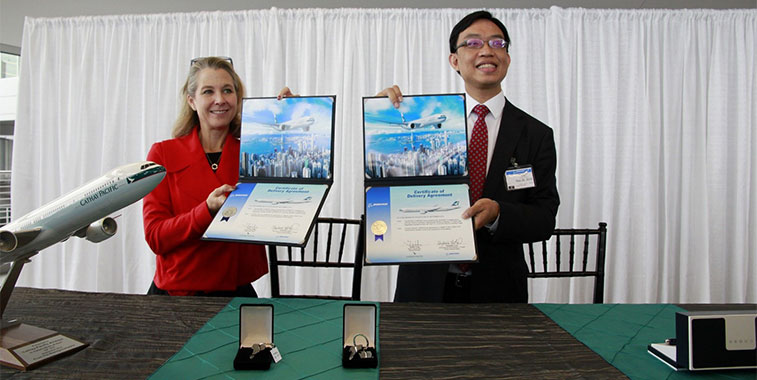 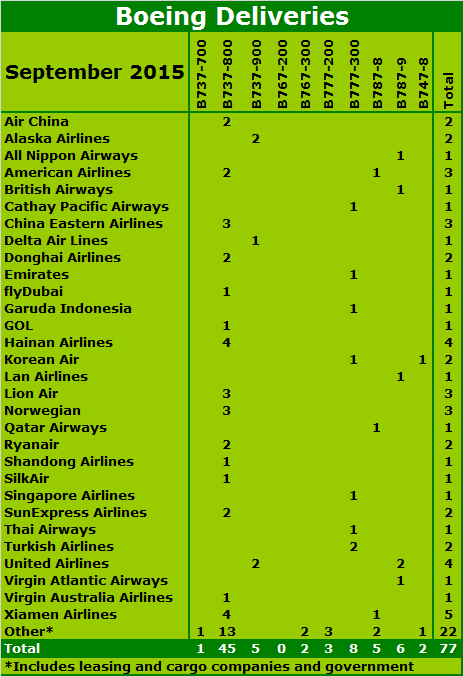 Boeing closed September with a total of 77 unit deliveries, 13 more than in August, and 10 more than in the same month of 2014. Nevertheless, the American producer’s total for the first nine months of 2015 is 576 aircraft, an impressive 48 units more than in the corresponding period last year.

Airlines received a total of 51 single-aisle units from Boeing in September, 12 more than in August, and seven more than in September 2014. It was also 13 more than what Airbus produced. Two Chinese carriers, Hainan Airlines and Xiamen Airlines were the largest recipients of the 737-800 in September, as both incorporated four of the variant into their fleets. The latter airline was also the largest recipient of the type in August, picking up three of the type. In total, 19 airlines were delivered single-aisle units from the American manufacturer during September, two more than the 17 carriers in August. Nonetheless it should be noted that 13 of the deliveries for the 737-800 were to leasing companies. Overall 41% of single-aisle deliveries from Boeing last month were to Asian airlines (down 3% from August), with American Airlines being the only representative of North American carriers for deliveries of the type meaning the continent only makes up 3% of 737-800 deliveries. The rest of the world and leasing companies occupied the remaining 56%.

Analysis of wide-body deliveries reveals that Boeing handed over a total of 26 units to airlines in September, one more than in August. The result also shows that the American producer delivered three more wide-body airframes than it did in the same corresponding month of 2014. Boeing handed over 13 787s in September, equal to that delivered in August. United Airlines was once again the largest recipient of the 787-9, taking delivery of two of the variant. In total, nine airlines took delivery of 787s with leasing companies taking delivery of two 787s. It is also worth noting that one 747-8 was delivered in September to Korean Air, the second of the type for the carrier, which took delivery of its first 747-8 last month.