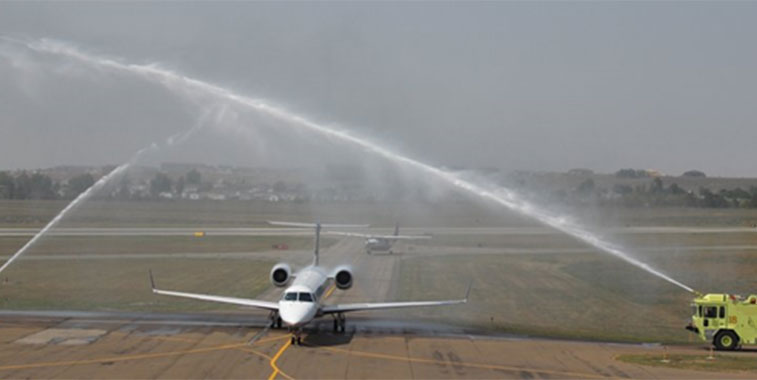 On 19 August 2014, United Airlines commenced services between Houston Intercontinental and Williston in North Dakota, a route which is operated by ExpressJet. Houston Intercontinental was the largest airport for ExpressJet operations last year when this route was launched. However, after seeing a decline in capacity of 33%, Atlanta is now the carrier’s largest base with Delta Connection operations.

ExpressJet is the world’s largest regional airline (or ‘contract lift provider’ as some US analysts would have it), operating a 300-plus all-jet fleet with an average of 1,600 daily flights. The carrier operates short-haul, hub-feeding services for American Airlines, Delta Air Lines and United Airlines under the following brands: American Eagle, Delta Connection and United Express. A breakdown of the carrier’s fleet in relation to type can be seen below:

As can be seen from the table, United Express makes up just over 54% of ExpressJet’s overall regional operations based on aircraft numbers. However, ExpressJet operates services from three United hubs, which over the past 12 months, have seen an average decline in seat capacity of nearly 14% based on data from OAG Schedules Analyser. Delta Connection makes up 36% of fleet utilisation, while the remaining 10% of aircraft are allocated to American Eagle services. 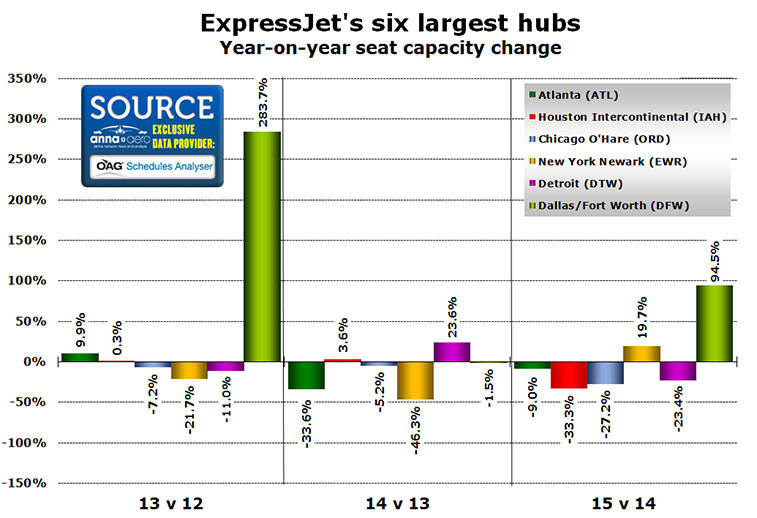 Source: OAG Schedules Analyser data for October in each year.

Despite the decline in seat capacity over the past 12 months of 9.0%, Atlanta is now the number one airport for ExpressJet operations as a direct result of Houston Intercontinental witnessing a decline in seat capacity over the past 12 months of just over 33%. Over the past three years, Delta Connection operations which have been flown by ExpressJet from Atlanta have shrunk on average by 4.9% per annum. The best performing hub for ExpressJet is Dallas/Fort Worth, which on average has seen its operations double each year. Nonetheless, despite the monumental growth being seen from the Texan hub, where services are operated for American Eagle, its operations still only make up 41% of the overall operations seen at Atlanta for Delta Connection. Overall, ExpressJet operates from 184 airports which are split across 39 US states as well as The Bahamas, Canada, Cayman Islands, Mexico and Turks and Caicos Islands according to the airline’s website. 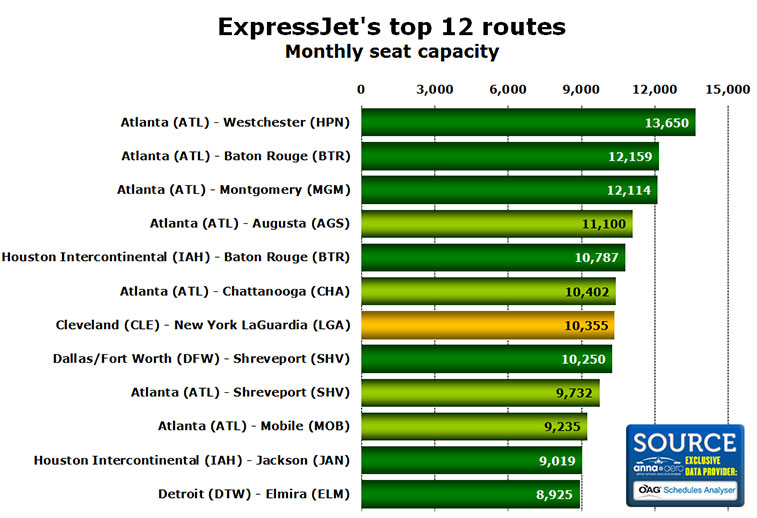 The number one route for ExpressJet based on OAG data is the 1,254-kilometre link between Atlanta and Westchester in New York State. The airport pair is served by Delta Connection which operates a 43 times weekly schedule between the two cities. However, although this is the number one route for ExpressJet, when compared to the same time period of last year, it has seen a decrease in seat capacity of 8.6%. Coincidentally, the second strongest route for the regional carrier, Atlanta to Baton Rouge, has seen capacity fall by nearly 25% over the same 12 month time period. What is interesting is that despite United Express having the higher percentage of ExpressJet’s fleet utilisation, it only has three routes in the top 12. Routes that are highlighted in light green are those which are operated by ExpressJet and also by the mainline carrier, nonetheless this analysis only takes into account the seats provided by ExpressJet operations only. The link between Cleveland and New York LaGuardia (highlighted in gold) is the only route in the top 12 that is operated by more than one of ExpressJet’s operations. The city pair is served by American Eagle, Delta Connection and United Express.

Delta Connection will introduce a further two routes from its Atlanta hub before the end of this year by introducing international services to Marsh Harbour and North Eleuthera in The Bahamas on 19 December, both currently scheduled to operate twice-weekly with CRJ700s. Nonetheless it is not just Delta Connection that is bringing additional routes to the extensive ExpressJet network before the end of 2015. On 25 October, United Express will commence a twice-daily link between New York Newark and Akron/Canton, while on 9 December services from Chicago O’Hare to Kalamazoo in Michigan will start. Finally, American Eagle is to commence services between Dallas/Fort Worth and Jacksonville on 9 November. 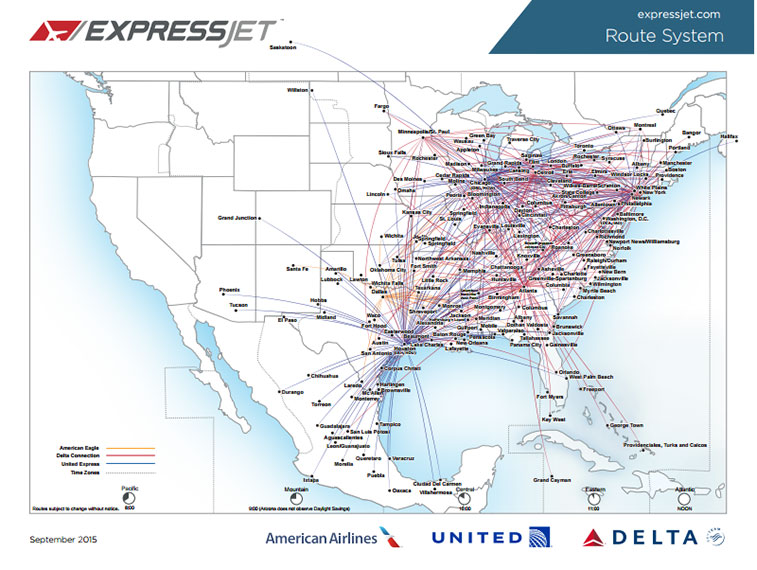 Route map for September 2015 showing all routes within the American Airlines, United Airlines and Delta Air Lines network that are operated by ExpressJet. The key hub for ExpressJet for American is Dallas/Fort Worth (orange routes), for United it is Chicago O’Hare, Houston Intercontinental and New York Newark (blue routes). Finally for Delta it is Atlanta and Detroit (red routes).