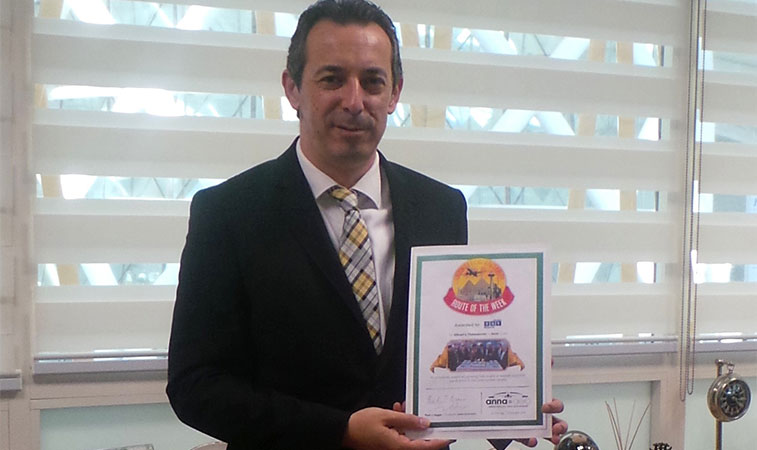 Izmir Airport celebrated winning the prestigious Route of the Week award this week, awarded for the launch of services by Ellinair from Thessaloniki. The route, which started on 6 October, will operate twice-weekly on Tuesdays and Saturdays. Celebrating with the certificate is TAV Ege GM, Erkan Balcı. On 20 October, ULCC Wizz Air welcomed its 100th million passenger at Warsaw Chopin. Established in 2003, flight operations commenced in 2004 and now the carrier has a fleet of 63 Airbus A320s and operates from 22 bases on more than 390 routes from 113 airports in 38 countries. Seen celebrating at Warsaw Chopin Airport are the Director of Chopin Airport, Michał Kaczmarzyk, and Wizz Air CEO and Chairman, József Váradi, along with Wizz Air crew. The 100th million passenger flew into Warsaw from London Luton (the airline’s busiest airport). The occasion was also marked with a traditional cake cutting ceremony. Kaczmarzyk commented about the milestone by saying: “For us at Chopin, Wizz Air is a very important partner. It is the second largest airline at the airport, and one of the leaders of the most dynamically developing carriers.” On 19 October, Brussels Airlines announced that it is to commence a new five times weekly service from the Belgian capital to Belfast City. The route will commence on 27 March 2016, and be flown by the Star Alliance member’s RJ85s. Seen celebrating the news with Belgian waffles are, Brian Ambrose, Chief Executive of Belfast City Airport; Lucy Spratt, who handed out waffles to passengers; and Katy Best, Commercial and Marketing Director of Belfast City Airport. Ambrose commented on the announcement by saying: “2015 has been a very successful year for Belfast City Airport with passengers numbers expected to be up 10% on last year. We have had our sights set on increasing connectivity with key European destinations and I am delighted that we have been able to deliver on these promises commencing both an Amsterdam and Brussels service.” On 19 October, Jet2.com celebrated its 10-year anniversary of services to Tenerife South from Leeds Bradford. In celebration of the occasion, Jet2.com surprised Idle Travel, the travel agent who has secured the most holiday bookings to the island, with champagne and a special cake. Tony Mann, Director of Idle Travel; and Anne Thirkill, Jet2holidays Trade Sales Manager, are seen celebrating by cutting the cake along with Jodie Mann, Michelle Jones and Julie Laverick of Idle Travel. On 17th October, Munich Airport celebrated the transition of US Airways services to American Airlines. To mark the occasion of welcoming full American operations to Munich, the airport celebrated with Brezn, muffins and a big cake. Currently the only American service from Munich is to Philadelphia. 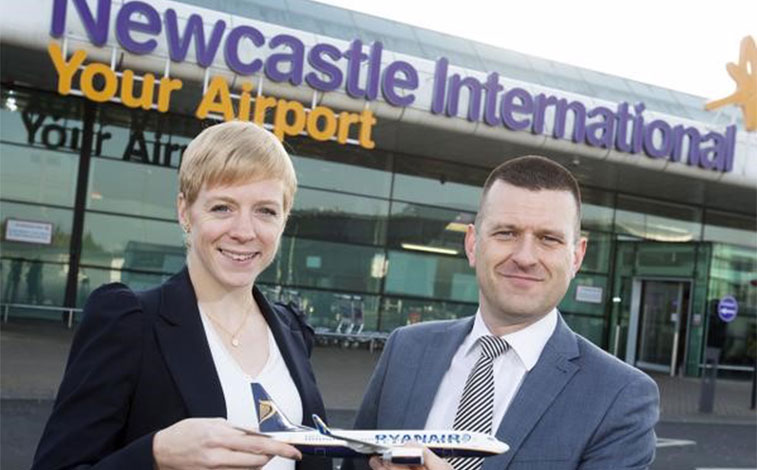 On 15 October, Ryanair announced its S16 flight programme from Newcastle Airport, which included the introduction of a new four times weekly service to Malaga and the continuation of service to Alicante which are scheduled to start on 27 October. The Irish airline hopes to attract an extra 110,000 passengers in 2016 through the airport. Ryanair’s Deputy Director of Route Development, Kate Sherry, and Newcastle Airport’s Planning & Corporate Affairs Director, Graeme Mason announced the airline’s plans at a press conference at the airport. 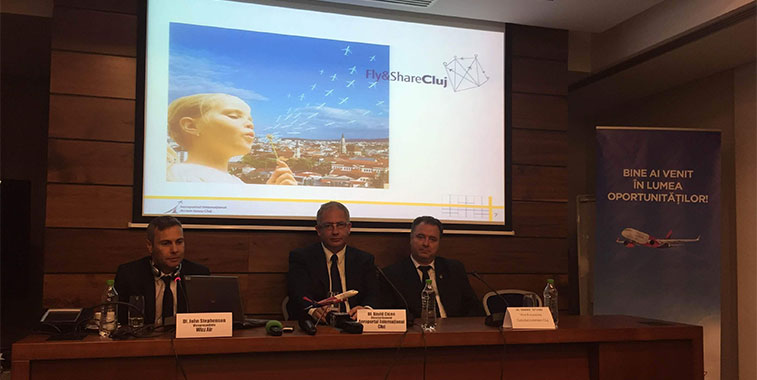 On 15 October, Wizz Air announced that it was to introduce a fifth based A320 at its Cluj-Napoca base in time for next year’s summer season. At the same time, the ULCC will introduce new services from the Romanian facility to Alicante, Billund, Doncaster Sheffield and Berlin Schönefeld, with the latter being a new addition to the Wizz Air network. On hand to make the announcement during a press conference in Cluj-Napoca were: John Stephenson, VP of Wizz Air; David Ciceo, Director General of Cluj-Napoca Airport; and Vakar Istvan, VP of Consiliului Judeţean Cluj. 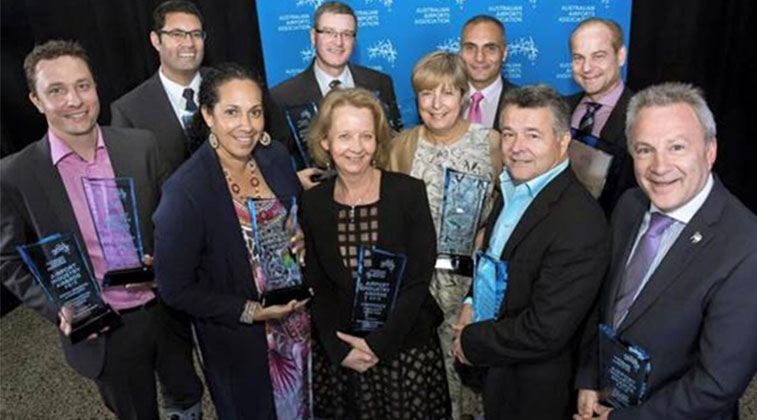 On 14 October, Darwin Airport won the Airport Innovation and Excellence Award at this year’s Australia National Airport Industry Awards. The award was given in the commercial category, in recognition of the airport’s terminal expansion project, which was opened by then Australian PM, Tony Abbott, earlier this year. Northern Territory Airports CEO, Ian Kew, who was in Hobart to collect the award, commented by saying: “Our terminal expansion is one of the biggest projects we’ve ever taken on, and it’s providing great things for our passengers with more space, greater efficiency and a better retail choice when it comes to shopping and eating.”