Milwaukee Airport celebrated the launch of services to Las Vegas with Frontier Airlines on 25 October. The 2,446-kilometre sector will operate daily using the carrier’s A319s according to OAG. The airport gave passengers the chance to win some prizes before the flight in the form of a “cash cube,” where travellers grabbed fun money that turned into Frontier flight vouchers. 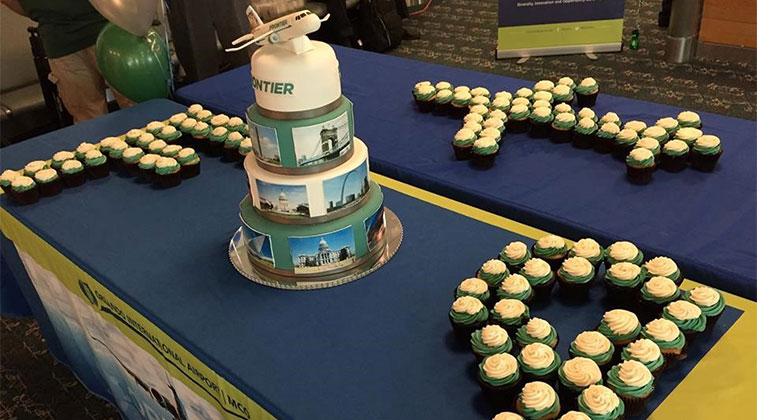 Orlando Airport celebrated the launch of services to Indianapolis and Los Angeles with this four-tiered cake which highlights the destinations served by the airline from the Floridian Airport. The eagle-eyed amongst you will have noticed how the cupcakes are laid out to display F9, Frontier Airlines’ flight code.