Wizz Air adds four routes to its ever growing network 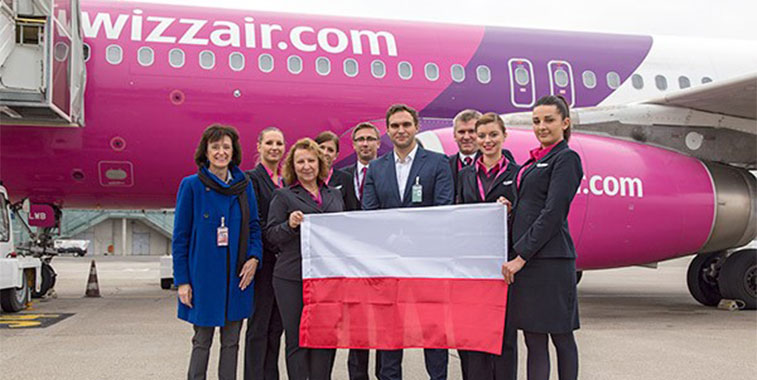 Wizz Air launched services between Warsaw Chopin and Basel on 26 October. The 1,085-kilometre sector will operate twice-weekly on Mondays and Fridays facing no direct competition. Wizz Air Network Development Manager, Olgierd Szyleiko, was amongst the celebrations on the tarmac at Basel along with some of the airport’s officials and inaugural crew. On 25 October, Wizz Air celebrated the inauguration of services from Debrecen Airport in Hungary to Milan/Bergamo. The 930-kilomtre sector will operate twice-weekly on Sundays and Wednesdays, and will be flown without facing direct competition.