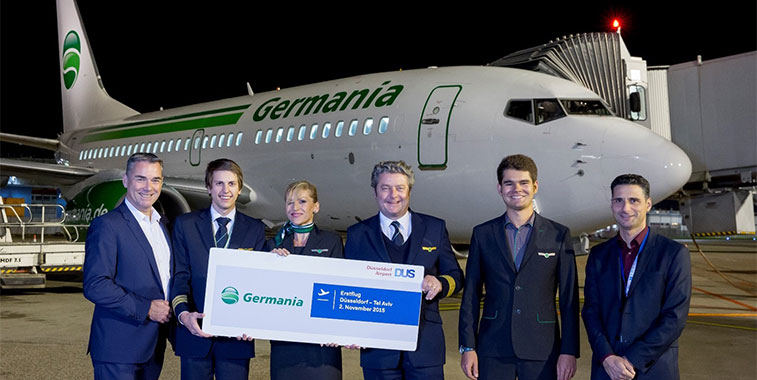 Along with the Germania crew on the inaugural service from Düsseldorf to Tel Aviv were Paul Scodellaro, Director Schedule Services, Germania (far left) and Antonio Di Monaco, Manager Airline Marketing, Düsseldorf Airport (far right). The route will be operated twice-weekly. 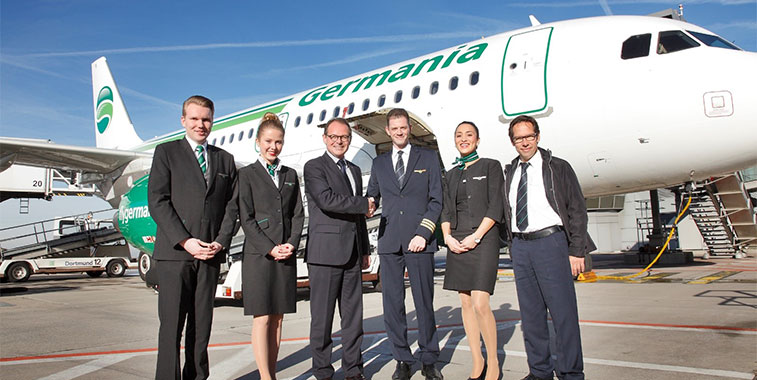 Dortmund Airport CEO Udo Mager (3rd from left) welcomes the crew of the first Germania flight (ST6932) from Fuerteventura after landing back in Germany. The 3,122-kilometre route will be flown twice-weekly.