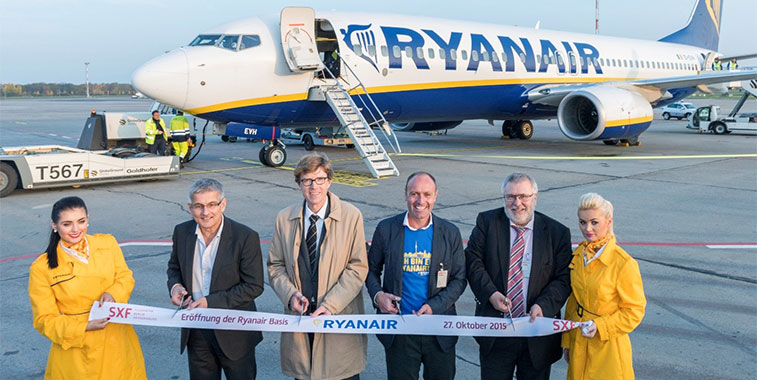 Surrounded by Ryanair flight attendants at the celebration to mark the start of Ryanair’s Berlin Schönefeld base on 27 October were: Elmar Kleinert, Head of Operations for FBB; Engelbert Lütke Daldrup, State Secretary in the Senate Administration for Urban Development of Berlin; Kenny Jacobs, CMO Ryanair; and State Secretary Rainer Bretschneider, Airport Coordinator of the State Government of Brandenburg. Image: Günter Wicker. 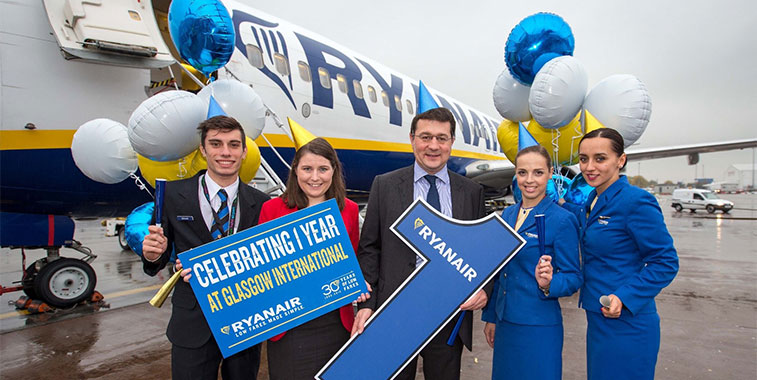 Glasgow Airport’s Commercial Director, Francois Bourienne (holding the big #1), celebrates the first flight to Berlin Schönefeld with Ryanair’s Sales and Marketing Executive Lisa Buckley (holding the other banner). The airport maximised its marketing dollars spent on the big #1, as it also used the inaugural flight to celebrate one year of based operations by Ryanair at Glasgow. 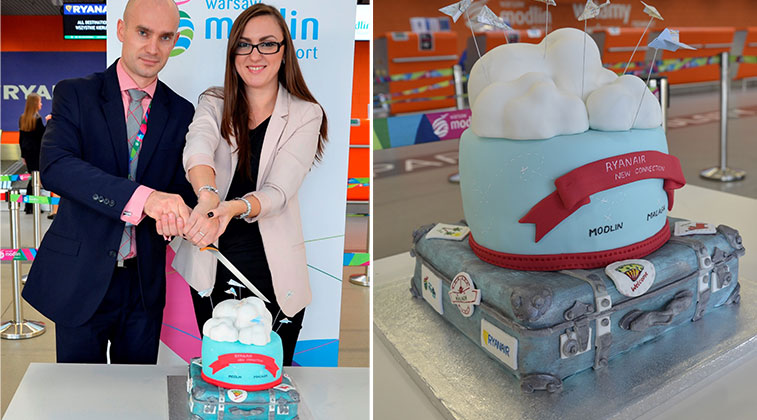 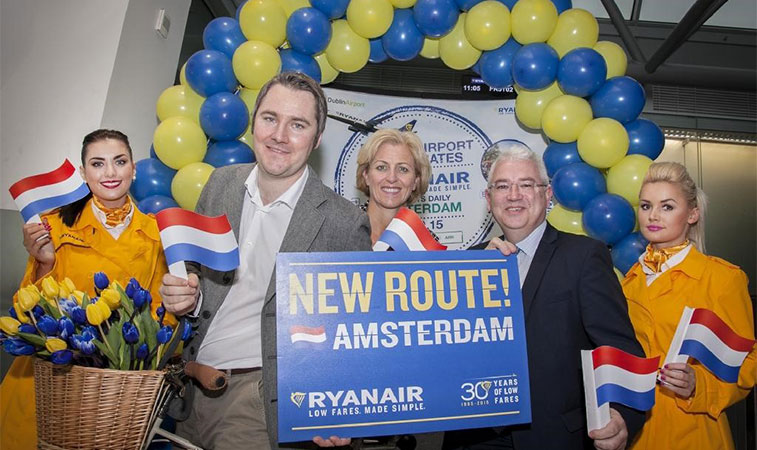