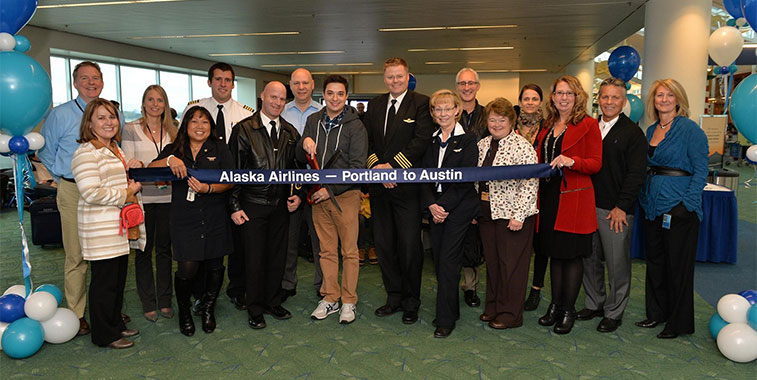 Portland Airport celebrated the start of Alaska Airlines’ new service to Austin-Bergstrom by declaring the route open with a traditional ribbon cutting ceremony at the gate. The ribbon was cut by Stephan Segraves, an Oregon resident originally from Texas who was on the inaugural flight. Services on the 2,755-kilometre sector will operate daily on-board E175s. The link between Oregon and Texas will face no direct competition. Another new route launch, another ceremonial ribbon cutting, this time in Boise. Starting on 5 November, Alaska Airlines commenced services to Reno-Tahoe in Nevada from the Idaho airport. The short 539-kilometre link will operate daily and be flown by Horizon Air’s Q400s. The inaugural flight was performed by a Q400 sporting a Boise State Broncos livery. Eugene Airport in Oregon celebrated the start of services to San Jose in California on 5 November with cake and punch. The city pair will see a daily flight which will be operated by Horizon Air’s Q400s. 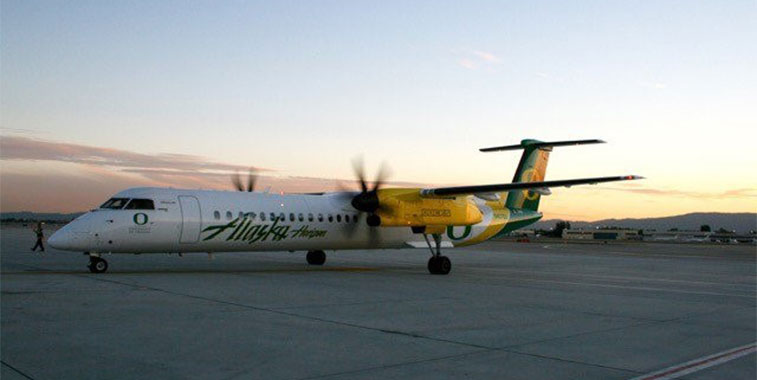 Starting up its turboprop engines on the ramp at San Jose Airport in California is the inaugural flight to Eugene in Oregon. The first service on the 760-kilometre airport pair was flown in a special themed Oregon Ducks livery.