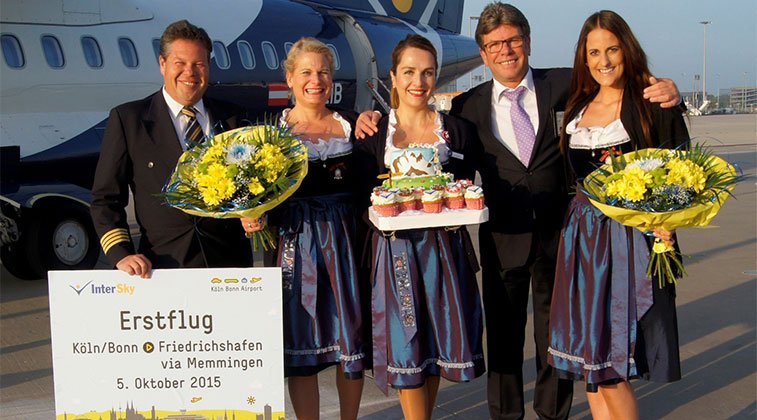 Only a month ago InterSky was celebrating the launch of multiple daily flights from Cologne Bonn to Friedrichshafen via Memmingen. Ulrich Stiller, Director Sales & Marketing, Cologne Bonn Airport (second from right) was on hand to help the airline commemorate the launch.

Austrian-headquartered regional carrier InterSky has ceased operations. The airline’s last flights operated on Thursday 5 November. The airline had been seeking new investors, but in the end four of the carrier’s five aircraft (two ATR 72-600s and two Q300s) were grounded by the leasing company that owned the aircraft, Minnesota-based Castlelake. An additional Q300 is owned by InterSky.

According to OAG Schedules Analyser data, the airline (IATA code 3L) had operated some 20 routes during the summer 2015 season, from a number of Austrian, German and Swiss airports. These are summarised in th efolloiwng table.

At the start of the current winter season the airline’s network consisted of the following 10 routes, all of which involved only airports in Austria, Germany and Switzerland.

The two airports that will be hit hardest by the demise of these routes are Friedrichshafen and Memmingen in southern Germany. However, Memmingen has already issued a statement to confirm that the airline’s demise will have little impact on its traffic forecast for 2015, estimating that the anticipated loss of some 6,000 passengers in November and December represents only around 6% of the airport’s traffic for those two months.

Whether any of these routes are taken up by other carriers remains to be seen, but Germany has very few remaining regional airlines. However, other smaller European carriers with 50-seater aircraft may sense an opportunity, though the only other Q300 operator within Europe is Widerøe, who seem unlikely to be interested in these routes. 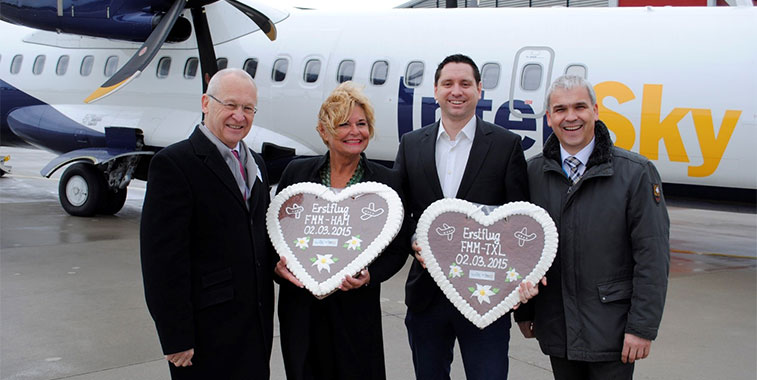 Back in March 2015 Memmingen Airport was celebrating the launch of Intersky’s services to Berlin Tegel and Hamburg. The Bavarian airport predicts that the airline’s collapse will cost it around 6,000 passengers in the remainder of the year, less than 1% of the forecast annual total.