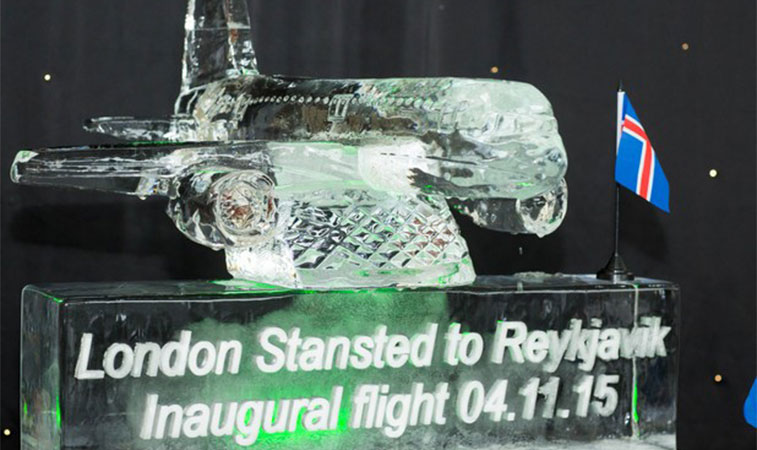 Brrrrrrrrr! An ice-cold greeting was waiting for the passengers on the first easyJet flight from London Stansted to Reykjavik/Keflavik this week – in the form of this brilliant ice sculpture. The twice-weekly service began on 4 November. “It was all edible – even the special black sugar for the ash,” said London Southend Business Development Manager Paul Haynes. easyJet UK Commercial Manager Neil Slaven and Stobart Aviation CEO Glyn Jones had to do the cutting of the volcano cake (above Haynes’ pay grade), which was apt as the new route from the London airport was to the Spanish volcanic island of Lanzarote.