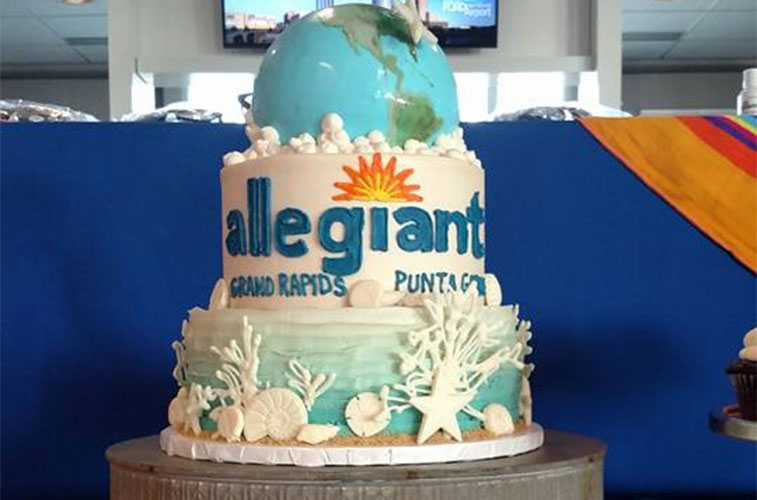 Grand Rapids Airport in Michigan celebrated the arrival of Allegiant Air’s inaugural flight from Punta Corda in Florida with this very impressive cake. Services on the 1,801-kilometre link will operate twice-weekly on Wednesdays and Saturdays according to OAG Schedules Analyser data. 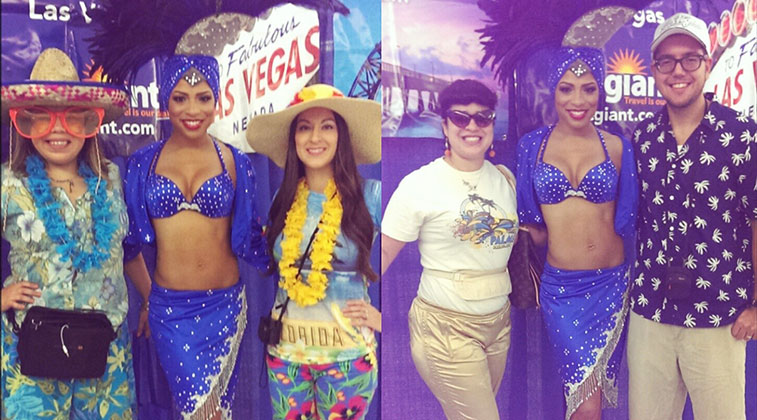 Dressed and ready for Vegas baby!! Allegiant Air passengers from San Antonio were certainly getting into the spirit of Las Vegas on 6 November when the new city pair launched. The ULCC also started flights from the Texan airport to Fort Lauderdale and Orlando Sanford this week. 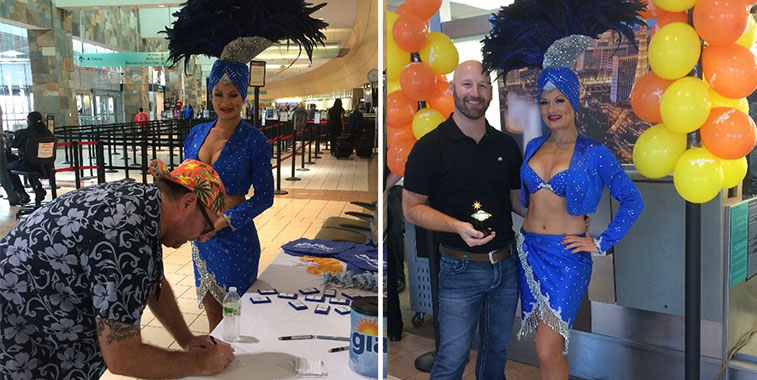 Allegiant Air’s Manager of Airports Daniel Meier (holding the mini Las Vegas sign) was on hand in Oklahoma City to welcome the inaugural passengers on the twice-weekly service to Las Vegas. This route is one of only two from the 11 launched this week that faces direct competition – in this instance, Southwest Airlines’ double-daily operation. Let it be me, Let it be me. At the Allegiant Air Akron/Canton to Punta Gorda gate party on 6 November, potential passengers entered a “Pack Your Bags” contest to win tickets to Florida that day. “We had so much fun…and our winners, Rebecca and Lauren, had an awesome time in Punta Gorda,” said Emily Greig Communications Coordinator from the Ohioan airport. Passengers also enjoyed sunshine and flip-flop shaped cookies. Pittsburgh Airport officials celebrated the launch of its Orlando Sanford service from Allegiant Air on 5 November an inaugural flight gate party. Music by Ray Ryan’s Riverside Band and refreshments were provided, and passengers had a chance to spin a prize wheel before heading off to Florida. Orlando Sanford makes Allegiant’s fifth non-stop destination served from Pittsburgh.