Kaunas Airport celebrated the launch of services to Eilat Ovda in Israel on 5 November, the first time the LCC has served the nation. Flights on the 2,911-kilometre link down to the Israeli airport will operate from Lithuanian facility on Thursdays and Sundays utilising the Irish carrier’s 737-800s. 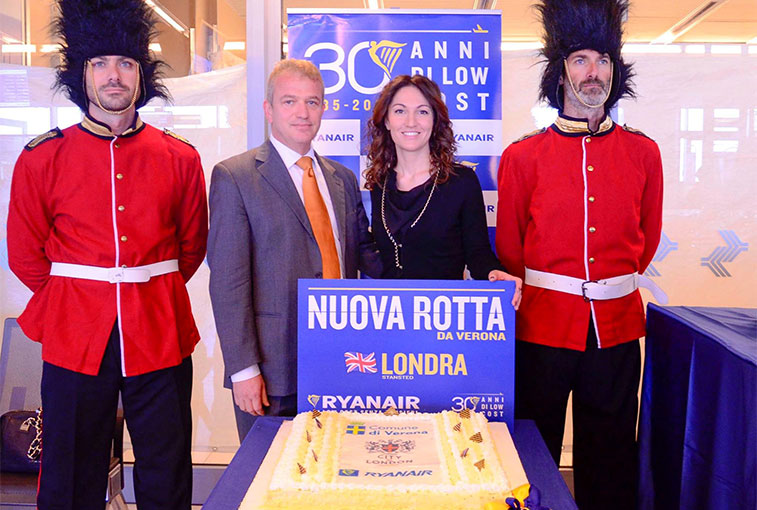 Those guys look scary!! Helping to give passengers a feel for the sights of London which awaited those boarding the first Ryanair flight from Verona to London Stansted, were these two fearsome bearskin-capped guardsmen. Rumour is that their fierce stares turned the cream sour in the cake which was baked for the event. 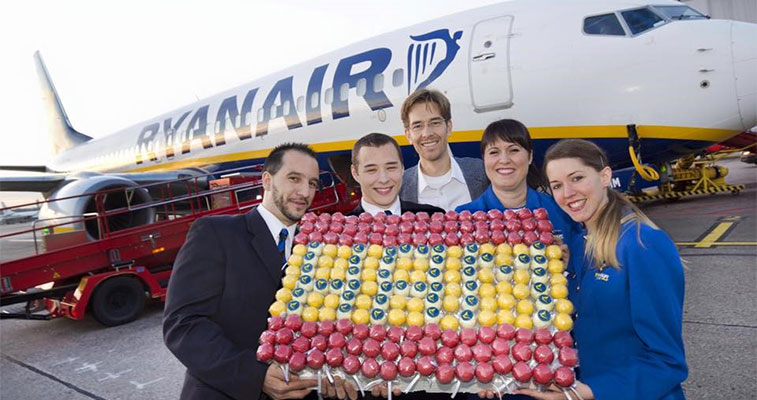 Hamburg Airport celebrated the launch of services to Madrid on 4 November with a very impressive culinary creation which depicts the airport’s IATA code on the Spanish flag. Flights between the German city and the Spanish capital will operate daily. Commenting on the launch of Ryanair’s new service to Eilat Ovda, Budapest Airport’s CCO, Kam Jandu says: “There is clearly bi-directional demand for the Eilat Ovda to Budapest market, adding Ryanair to our operations to Israel strengthens our excellent service as one of the fastest growing airports in Europe. We’re highly honoured that Ryanair chose Budapest as one of its first links with Eilat Ovda, and indeed Israel.” Jandu (centre) is pictured with the inaugural flight captain and Kasia Gaborec McEvoy, Ryanair Deputy Sales and Marketing Manager for Central and Eastern Europe.