Estonian Air’s last route launch was from Tallinn to Milan Malpensa on 21 April. Most of the airline’s routes (but not Milan) are now being flown by Nordic Aviation Group using Adria Airways’ AOC. easyJet will begin flying from Milan Malpensa to Tallinn in December.

Estonian Air ceased operations on 8 November after the European Commission (EC) confirmed that the airline must repay financial aid provided by the government of Estonia to the airline as the aid breached EC rules. The airline’s modest fleet comprised just six aircraft at the beginning of the month; three Bombardier CRJ 900s, two CRJ 700s and one Embraer E170. Since 2013, the airline had been offering around 900,000 scheduled seats on its network, with monthly capacity fairly flat across the summer months. Winter capacity was about 15% below the average summer level. 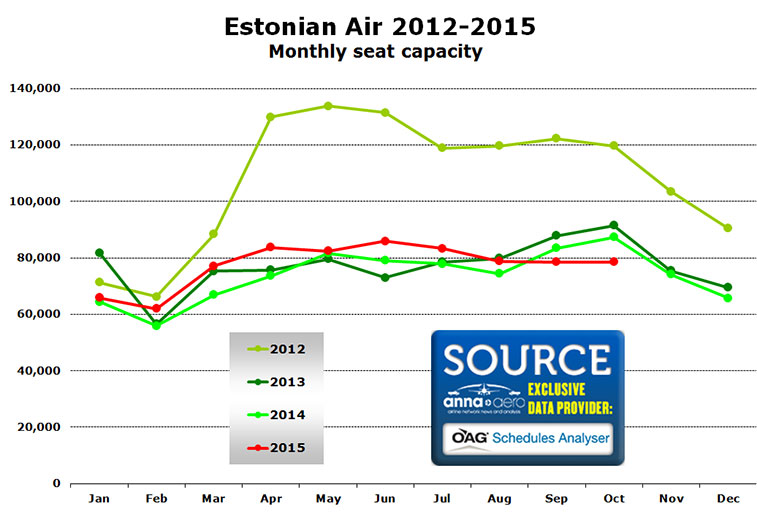 One-third of scheduled seats at Tallinn 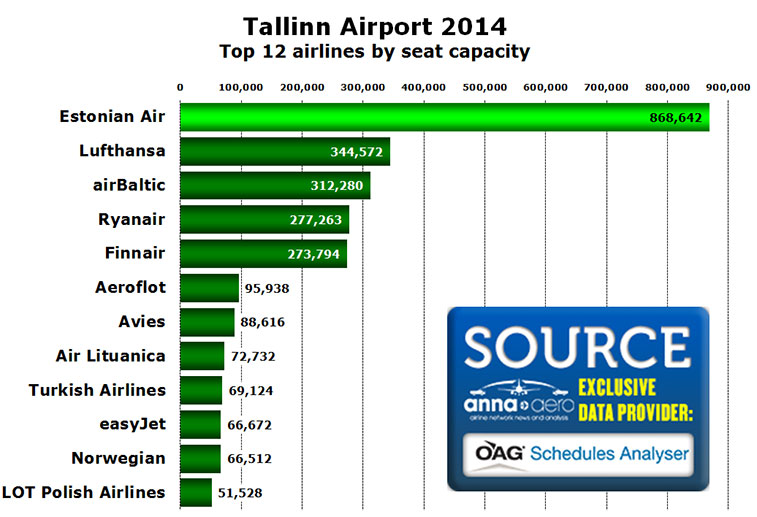 Last year Estonian Air offered over 150% more seats than any other carrier, with Lufthansa, air Baltic, Ryanair and Finnair the next biggest carriers at Tallinn Airport. These four carriers accounted for 45% of seat capacity last year. Notice that Air Lituanica ceased operations in May 2015.

Quick response from other carriers

Since Estonian Air ceased operations, several carriers have already announced plans and even started new services to replace the lost capacity. SAS this week began service from Copenhagen and Stockholm Arlanda, with an Oslo Gardermoen service set to start soon. easyJet had already announced plans to start flights from its Milan Malpensa base in December, while airBaltic had revealed its intention, back in July, to start serving Amsterdam and Stockholm Arlanda from next March.

The Estonian government has also responded by creating a new carrier called Nordic Aviation Group which will initially operate using the AOC of Adria Airways. Aircraft and crews will be sourced from Adria Airways, bmi regional, Carpatair, NextJet and Trade Air. A total of eight former Estonian Air routes are being flown at present, with Munich flights starting on 19 December. All flights operate with Adria Airways’ JP flight numbers. The current weekly frequencies according to the airline’s website (www.nagroup.ee) are; Amsterdam (13), Brussels (nine), Copenhagen (19), Kiev (five), Oslo (12), Stockholm (23), Trondheim (two) and Vilnius (10).