On 28 October, Moscow Sheremetyevo Airport handed out its Perfect Timing Awards to the most punctual airlines in accordance with the airport’s results of the third quarter of 2015. First place in the category of foreign airlines with an annual passenger throughout at Sheremetyevo of over 100,000 per annum went to airBaltic, while foreign airline with a passenger throughput of less than 100,000 went to Finnair. The most punctual Russian airline went to Nordavia. In all, nine airlines received awards and certificates. After the ceremony, a new promotional video of Sheremetyevo Airport was presented and everyone had a chance to chat and enjoy the brunch organised at the Sheremetyevo History Museum. 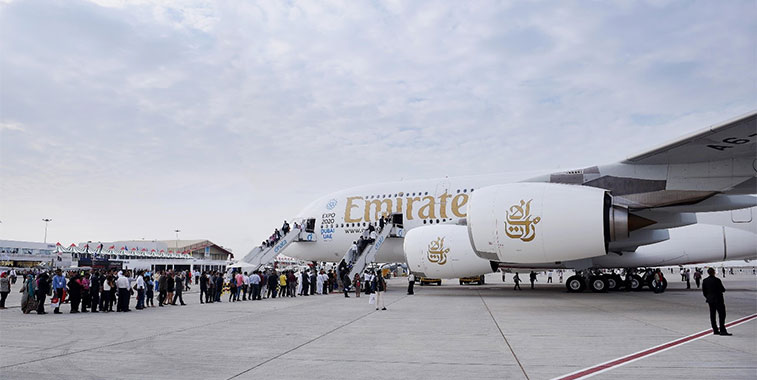 On 13 November, Emirates welcomed its first two-class A380 which debuted to over 18,000 visitors at this year’s Dubai Air Show. The aircraft on display was Emirates’ 68th A380 and was ferried from Hamburg to the show site. The aircraft’s inaugural passenger flight will take place on 1 December when it will connect Dubai with Copenhagen daily. Emirates’ two-class configured A380 features 58 flatbed seats in Business Class and 120 Economy Class seats on the upper deck, with another 437 seats in Economy Class on the lower deck. On 9 November, Eurowings commenced services between Vienna and London Stansted. On hand to welcome passengers and teach them the Waltz was Anton Du Beke, famous in the UK for being a professional dancer on the hit TV show Strictly Come Dancing. Stansted Airport’s Managing Director, Andrew Harrison, commented of the launch of services to the Austrian capital by saying: “We’re delighted that Anton was able to join us to celebrate the launch of Eurowings’ new route to Vienna. The Austrian capital is yet another fantastic new addition to Stansted’s extensive route network which already serves more scheduled destinations in Europe than any other UK airport.” 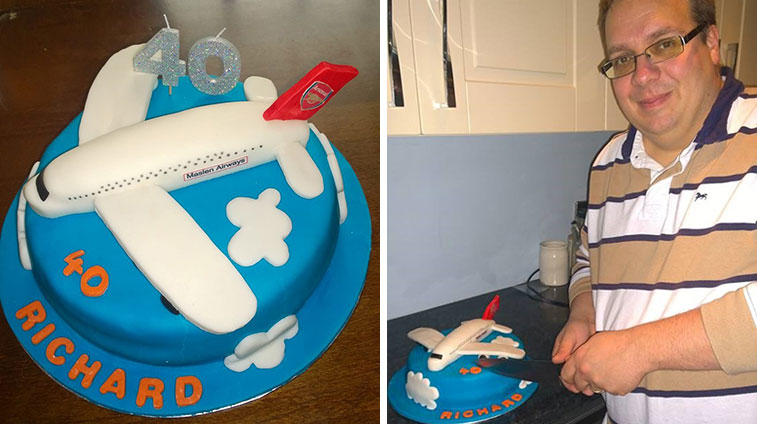 On 11 November, Maslen Airways officially took to the sky while its CEO celebrated his 40th birthday. If only this airline actually existed. Richard Maslen, Content & Community Manager, Routesonline, celebrated the turning of his 40th year with this very impressive plane cake highlighting his support for Arsenal. Although we have no comment from Emirates about this new airline sponsorship for the London club, we at anna.aero wish Maslen many happy returns. If Maslen Airways was to initiate services, its CEO commented that a Manchester to Newcastle shuttle would be its inaugural services, with charter flights to San Juan, Manila, Kraków and Chengdu in 2016 and Las Vegas, Okinawa, Belfast and Barcelona in 2017. 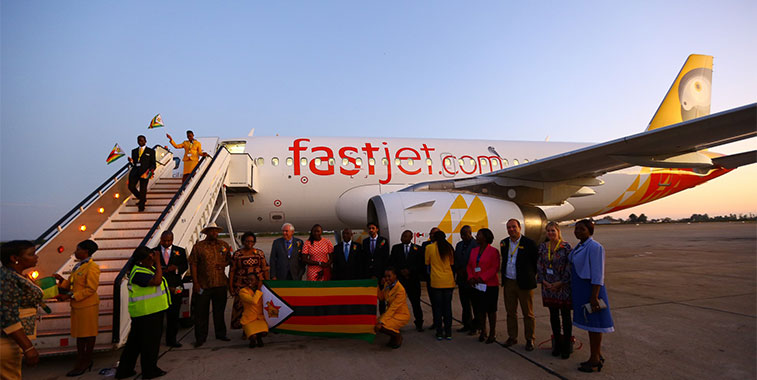 On 28 October, fastjet Zimbabwe took to the skies. The first flight took off from Harare to Victoria Falls. fastjet Zimbabwe’s first flight departed Harare at 14:00 with dignitaries, government officials, media and local passengers on board, arriving into Victoria Falls at 15:00. Joram Gumbo, Minister of Transport and Infrastructure Development, Zimbabwe, commented of the launch by saying: “The country needs bold new enterprises like fastjet Zimbabwe to assist the government to achieve its objective of growing the economy. The Ministry of Transport and Infrastructure Development looks forward to working with fastjet Zimbabwe as it grows its network of routes and flights within and from our beautiful country.” On 7 November, Eurowings commenced services between Cologne Bonn and Puerto Plata. The 7,461-kilometre sector will operate weekly on Saturdays, and be flown using the carrier’s 310-seat A330-200s. The inaugural flight was welcomed with traditional dancing and the aircraft was greeted by a water arch salute. On 14 November, São Paulo Guarulhos Airport welcomed the arrival of its first commercial A380 flight which was operated by Emirates. To welcome the flight, the airport greeted the aircraft with a traditional water arch salute. The airport was officially granted A380 operation approval on 28 October. Emirates says this was the first commercial flight of the aircraft type to Brazil. It is hoped that this one-off flight of the A380 could lead to a regular service being run by the airline in the near future. 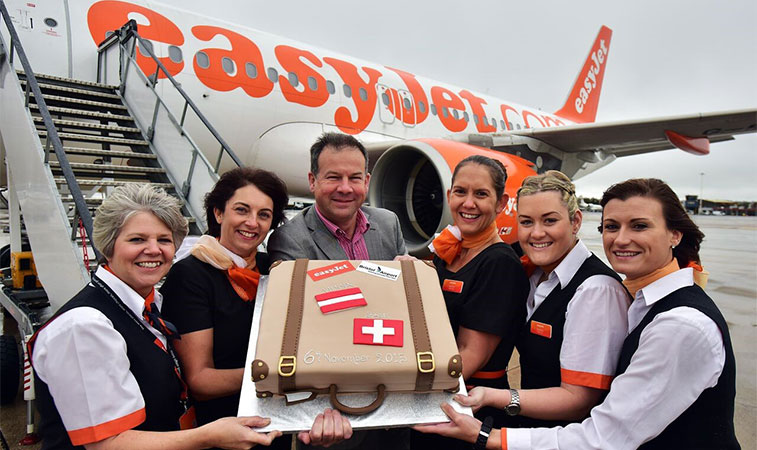 On 6 November, easyJet commenced two new services from Bristol to Vienna and Basel. The LCC will connect Bristol to the Swiss city with four weekly flights while the connection to the Austrian capital will be flown twice-weekly. Pictured celebrating with easyJet crew is Shaun Browne, Aviation Director, Bristol Airport, who also commented on easyJet’s expansion by saying: “We are delighted with the continued expansion of easyJet at Bristol.” The LCC will also add a 13th based aircraft from next summer. The new routes are Bristol Airport’s first ever scheduled services to the two destinations and between them they are expected to carry around 78,000 passengers annually. 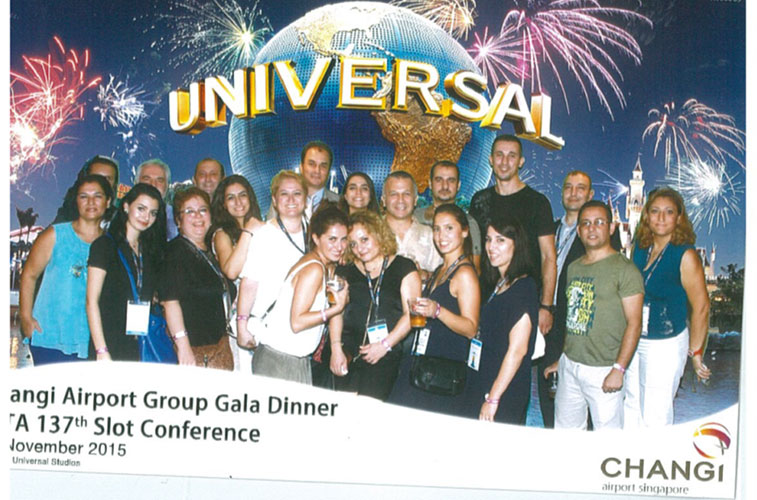