International traffic to Mexico up almost 20% in September; US carriers such as Southwest Airlines adding plenty of new routes

American carriers are growing their Mexican networks. In the last few months, Sun Country Airlines has begun serving Cancún from Southwest Florida Airport, JetBlue Airways has started flights from Fort Lauderdale and Orlando in Florida to Mexico City, while Southwest Airlines has added several Mexican destinations from its Houston Hobby base.

Air traffic to, from and within Mexico is still booming in 2015. Since we last looked at the Mexican market back in July passenger numbers have continued to grow at more than 10%. In each of the last four months, domestic traffic has grown by just under 15%. Domestic demand has now grown for 49 straight months. 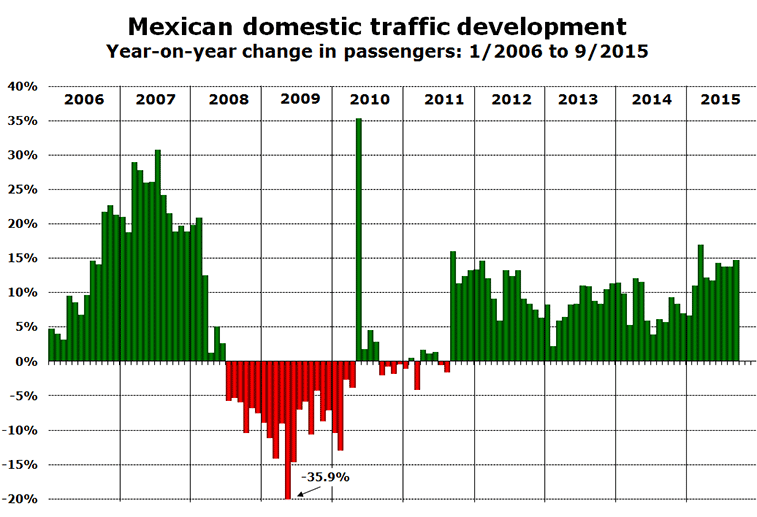 International traffic has seen growth accelerate during the course of 2015. Early on it was around 7%, rising to 10% in April and May. Since then it has grown even faster, reaching 15% in August and then an extremely impressive 19% in September. This is the highest genuine growth rate recorded for international traffic since anna.aero started tracking Mexican traffic data in 2008. The four months in 2010 with faster growth were comparing with the period in 2009 when traffic had fallen dramatically because of the swine flu epidemic. 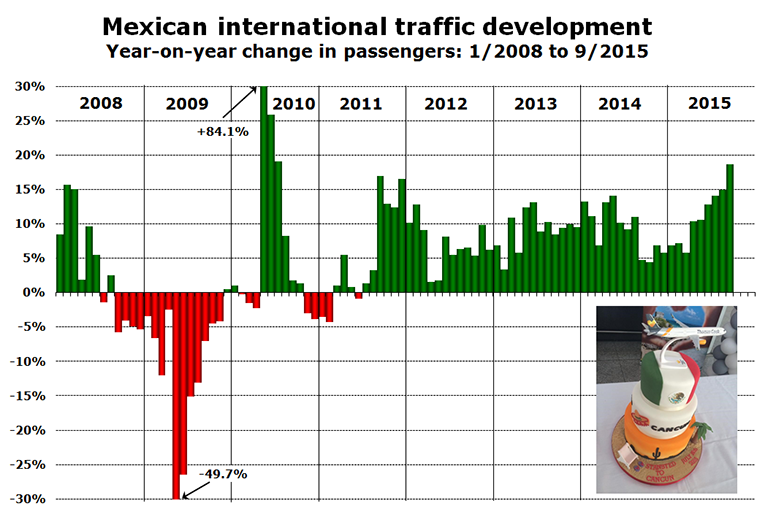 US carriers in particular have been busy launching new Mexican services in the second half of 2015, including the following: 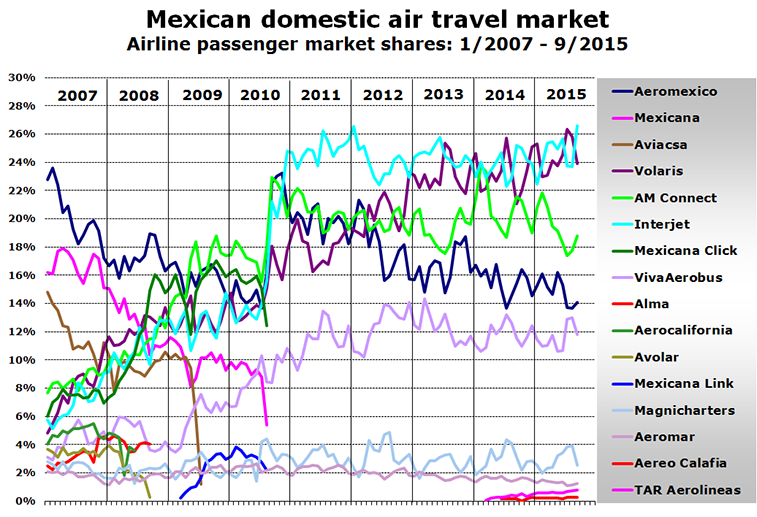 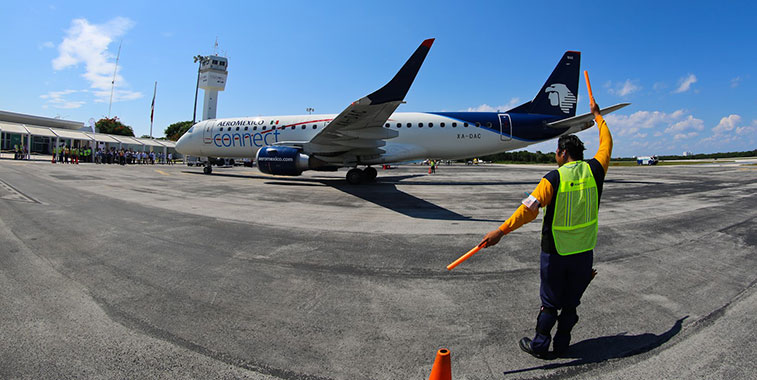 Aeromexico Connect launched a new domestic service on 1 October between Mexico City and Cozumel. The route is operated daily using the carrier’s Embraer fleet. Aeromexico and Aeromexico Connect have a combined share of around 33% of the domestic market (in September 2015), ahead of Interjet (27%) and Volaris (24%).