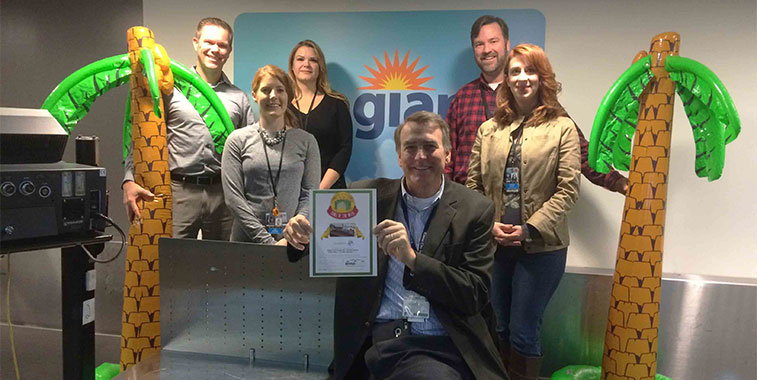 Kansas City Airport celebrated winning last week’s Cake of the Week Award, given to the airport for the culinary masterpiece that it presented at the launch of Allegiant Air’s three new Florida services to Orlando Sanford, Punta Gorda and St. Pete-Clearwater. Celebrating with the award is Kansas City Airport’s marketing team, along with Mark VanLoh, Director of Aviation for the Kansas City Aviation Department, holding the certificate. On 23 November, Manchester Airport and easyJet celebrated the milestone of the airport passing 23 million passengers for the first time in the facility’s 77-year history. The lucky passenger was Lucy Chaplin, who was flying with easyJet to Geneva. Ken O’Toole, MD of Manchester Airport, said: “We are really pleased to have hit this significant milestone. Manchester Airport has never been busier and our continued growth is testament to the role we play in connecting people across the North of England to destinations in all four corners of the world.” Celebrating with Chaplin are Manchester Airport’s Head of Marketing, Patrick Alexander, and easyJet’s Commercial Manager, Ali Gayward. 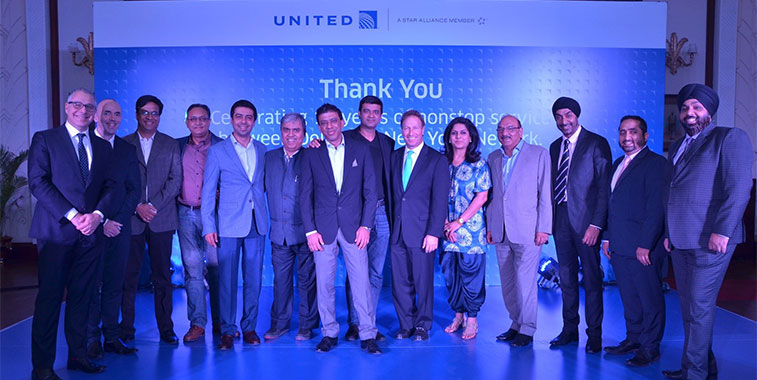 On 20 November, United Airlines celebrated its 10-year anniversary of services to India. The airline, which operates daily non-stop services from both Delhi and Mumbai to its New York Newark hub, has carried over three million customers on more than 12,700 flights between the two countries during the past decade. Dave Hilfman, United’s SVP of Worldwide Sales, joined colleagues to host a gala reception for travel industry partners and corporate customers at Delhi’s Imperial Hotel. Hilfman also commented by saying: “All of us at United are very proud to reach this milestone and to have played such an important role in building links between India and the United States.” On 16 November, Munich Airport celebrated the inaugural flight of bmi regional to Brno in the Czech Republic. The 369-kilometre sector will face no direct competition. The carrier already serves Bern, Bristol, Liege and Rotterdam from Munich. 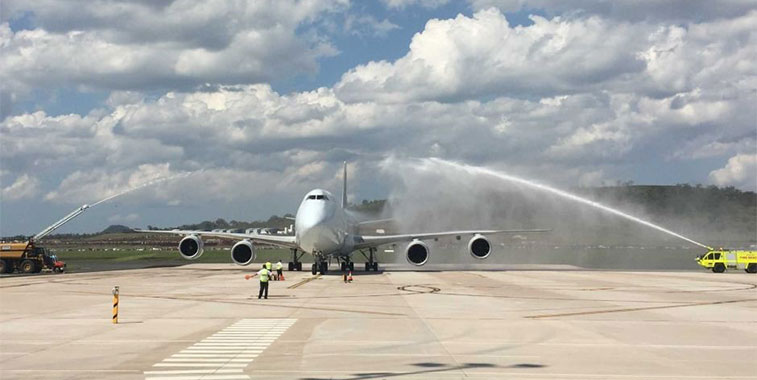 On 23 November, Brisbane West Wellcamp Airport welcomed its first trial 747-8 cargo flight. The flight was welcomed to the airport with a traditional water arch salute before being loaded with 50 tonnes of cargo including frozen beef from Australia’s third largest processor, Oakey Beef Exports. John Wagner, Chairman of Wagners, the corporation which built West Wellcamp, Australia’s first airport to be constructed in 44 years, commented about the flight by saying: “It’s a fantastic day for Toowoomba, for our region, for our state and the nation to be able to use this infrastructure to take fresh produce from the Darling Downs and outlying regions up to Asia to feed half the world’s population.” It is hoped that the flight could lead to more regular services. 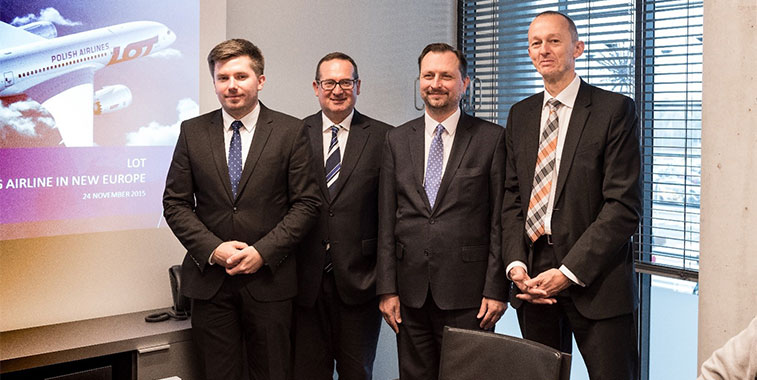 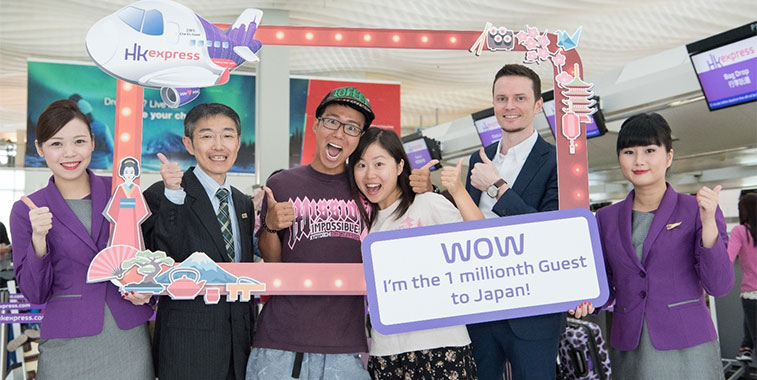 On 25 November, HK Express celebrated the milestone of passing one million passengers on its services to Japan. The lucky one millionth passenger was Shintaro Morishige, who was travelling from Hong Kong to Nagoya. Morishige commented by saying he felt like he’d won the lottery. As well as receiving the title of being the one millionth Japanese passenger, he was also awarded two free return flights on any of HK Express’ routes. Presenting them to him at check-in were Luke Lovegrove, Commercial Director of HK Express, and Hiroshi Yamada, Executive Director of the Japan National Tourism Organisation.