Greeting the Oba (a king or local chief) of Lagos, Rilwan Akiolu of the inaugural Med-View Airline flight from Lagos on 20 November is Simon Edwards, Airline Business Development Manager, London Gatwick Airport. The new Nigerian entrant becomes just the ninth airline flying between the African nation and Europe. (We also love the fact that the airline’s head of engineering hasn’t noticed the issue with the right-hand model aircraft in the first picture).

Launching a four times weekly service between Lagos and London Gatwick on 20 November, Nigeria’s Med-View Airline has become just the ninth airline flying between the African nation and Europe. It joins British Airways (which has a 19% share of weekly seats), Lufthansa (15%), Air France (14%), Turkish Airlines (14%), Virgin Atlantic Airways (11%), KLM (10%), Arik Air (10%) and Iberia (2%) who are the market’s incumbents. Although the new entrant will face no direct competition into Gatwick, the indirect competition is strong with Arik Air, BA and Virgin Atlantic each offering a daily service between London Heathrow and Lagos. 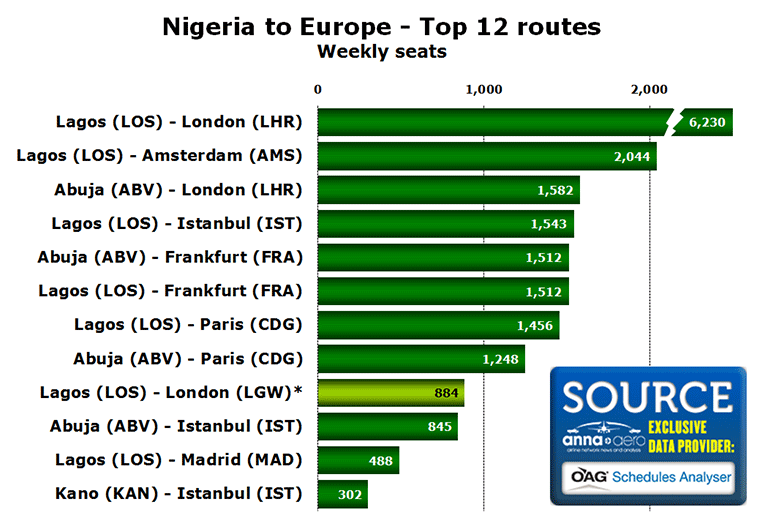 The market between Nigeria and Europe has grown by 8.2% in the last 12 months, driven in part by the fresh capacity being offered by Med-View (highlighted in light green). Its weekly one-way seats have been estimated for the purposes of this analysis based on a previous seating configuration used on the aircraft – 221 seats at four times weekly. Many of the existing 11 routes have seen little or no capacity change in the last 12 months, although KLM has shown the most marked increase in seats, growing by 20% since last November, as a result of introducing its 292-seat A330-300s on the Amsterdam to Lagos route, replacing its 243-seat A330-200s. There is another new entrant to the top 12, as Turkish Airlines launched a five times weekly service to the Nigerian capital Abuja on 3 March this year.

Last November there were 173 country pairs in this analysis, however this year there are just 169. Overall capacity between Africa and Europe is down marginally by 1.1%. With 17 country pairs, Europe’s near-neighbour Morocco is by far the best-connected African market, with nearly 130,000 weekly seats or 25% of the Africa to Europe total this November. Although the number of weekly seats is largely unchanged year-on-year, the country pairs involving Morocco has fallen by one, with links to Poland and Russia curtailed, but with Gibraltar added since last November. 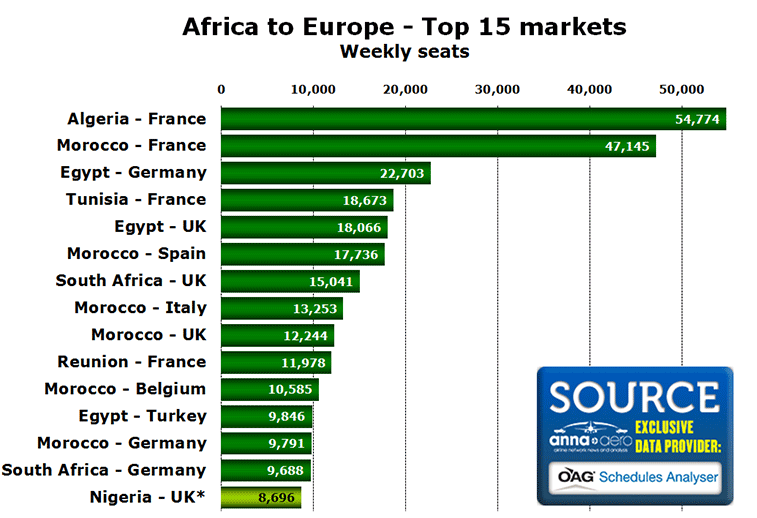 With the introduction of Med-View’s services this week, the Nigeria to UK market has just squeezed into the top 15 country pairs, registering an 11% annual increase in seats. Compare this with Egypt to UK, which is down 20% year-on-year, seeing it fall from third to fifth spot, and also that of Egypt to Russia which has been cut by 93%, dropping from eighth largest market to 102nd. These capacity culls are clearly a reaction to last month’s Metrojet Airlines tragedy. However, contrary to other country pairs involving Egypt in the top 15, capacity between Egypt and Germany is the fastest growing of the top 15, registering a 22% capacity increase since last November. 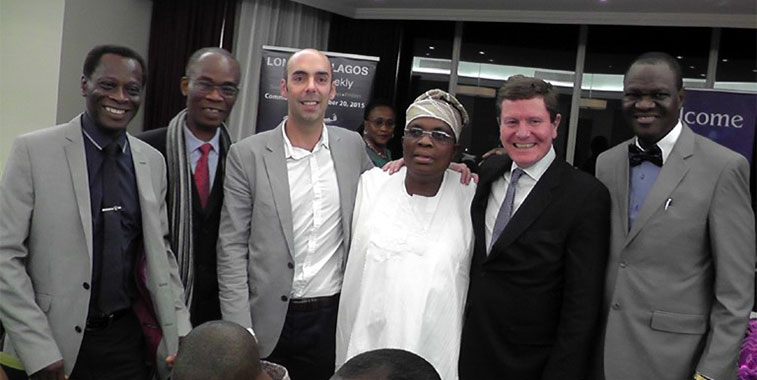