India’s two newest domestic airlines are Air Pegasus and TruJet. Air Pegasus launched in April while TruJet began services in July. Both airlines have started regional operations with a couple of ATR 72-500s. Helping to promote TruJet is leading Indian film actor Ram Charan, who is also believed to be an investor in the airline. According to DGCA data for October 2015 both carriers had a 0.3% share of the domestic market.

The number of airlines operating domestic flights in the Indian market has grown from six during 2013 (Air India, GoAir, IndiGo, Jet Airways, JetLite and SpiceJet) to 11 in the last quarter of 2015. Following the launch of Air Costa and AirAsia India in 2014, and Vistara in early 2015, two more start-ups have joined the market. Air Pegasus (IATA code OP) began commercial operations in April 2015 operating with two ATR 72-500s, while TruJet (IATA code 2T) operated its first commercial flight on 12 July 2015. It too, currently operates with a fleet of two ATR 72-500s. As of October 2015, these five newest airlines in the Indian market have a combined market share of 5.2%, with AirAsia India (2.1%) leading Vistara (1.7%) and Air Costa (0.8%), with Air Pegasus and TruJet both achieving a 0.3% share of the market.

While Air Pegasus and TruJet have both hit the ground running with monthly load factors since launch of between 73% and 84%, Vistara has only once achieved a load factor in excess of 70% (in May). Since then its monthly load factors have consistently been between 60% and 63%, rising to 67% in October.

IndiGo’s share of the market has now stabilized at around the 36% mark. Earlier this year it looked likely that the LCC, which will celebrate its 10th anniversary next August, was on track to achieve a market share of 40%. The airline’s fleet will soon reach the significant milestone of 100 aircraft. Meanwhile, SpiceJet has seen its market share recover during 2015. After dropping from 20.9% in July 2014 to 9.2% in February 2015, it has gradually regained market share and as of October 2015 it now accounts for 12.8% of the domestic market. 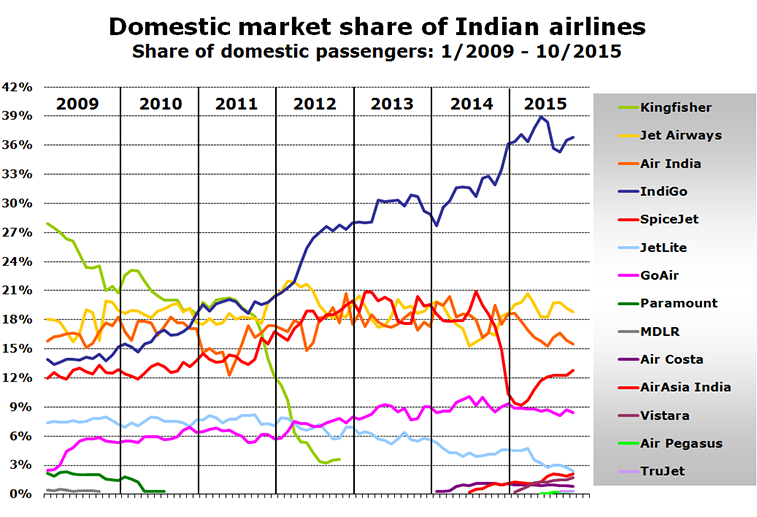 Since fuel prices started dropping, India’s airlines seem to have seen a surge in air traffic demand. After dropping in 2012 and growing only modestly in 2013, traffic growth started to speed up once again in 2014. However, in 2015 growth has returned to the double-digit levels last seen in 2011. However, September’s growth of 14.2% is the lowest of any month so far this year. 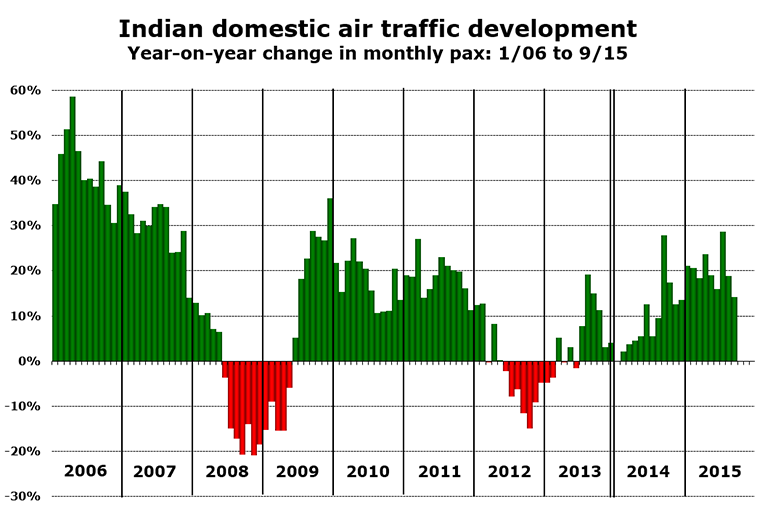 International traffic growing at between 5% and 10%

The most recent traffic data for international services from Indian airport shows growth continuing in the band of between 5% and 10%. In the six month period April to September, international traffic at India’s airports has grown by 8.2% from 24.3 million to 26.3 million passengers. Almost half of this traffic is handled at Delhi and Mumbai, both of which have reported international traffic growth of around 3%. Among Indian airports handling at least one million passengers during the second and third quarters of 2015 the fastest-growing are; Kochi (+23.6%), Kolkata (+22.8%), Hyderabad (+15.4%) and Bengaluru (+13.7%). 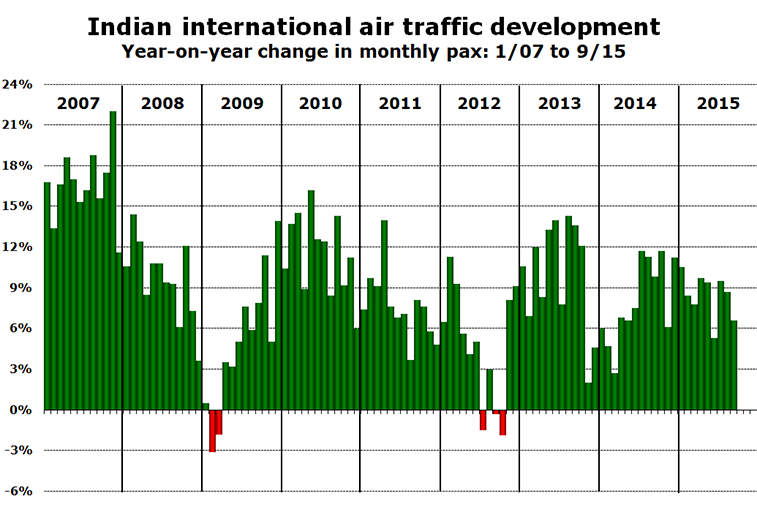 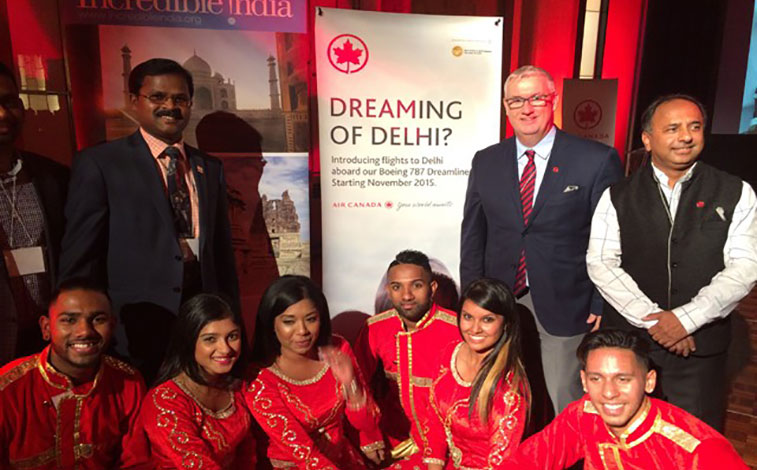 Air Canada on 1 November launched non-stop flights from Toronto Pearson to Delhi. The four times weekly service will be operated by the Star Alliance member’s 787-9s and faces no direct competition.