Japan Airlines returns to Dallas/Fort Worth 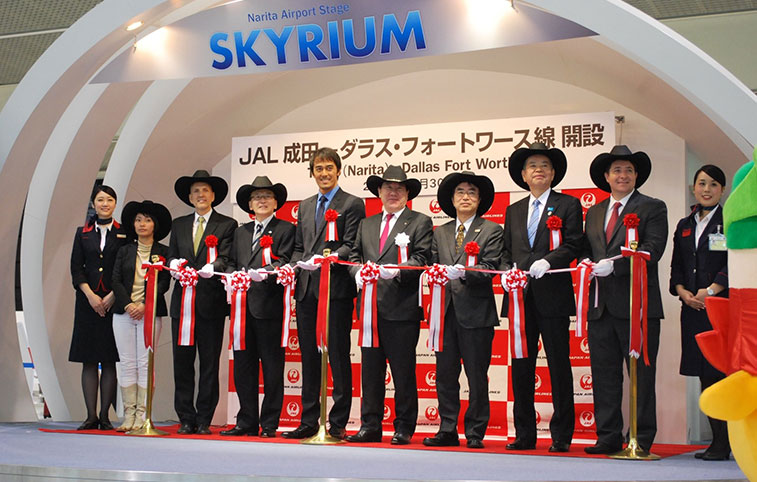 At Dallas/Fort Worth Airport the first Japan Airlines 787 flight from Tokyo Narita was greeted with a welcome banner on the apron. The route was last served by the airline 14 years ago. The new four times weekly service will complement the existing double-daily service operated by oneworld alliance partner American Airlines.