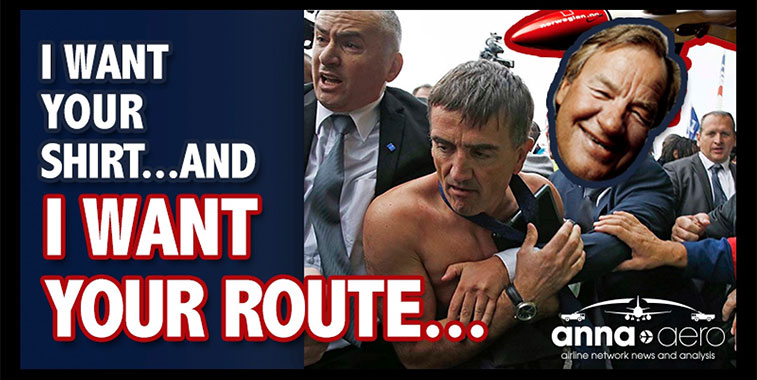 Air France executives recently had their shirts ripped from their backs by disgruntled staff displeased with their decision making – will the top suits get the same reaction for relaunching services to New York from Paris Orly? One thing is for certain, Norwegian’s CEO Bjørn Kjos will make sure he gives them a bloody nose on the route if he decides to launch the same airport pair next summer.

Just like British Airways did at London Gatwick recently when it announced that it was going to start flights to New York JFK from 1 May next summer – a route it last served in 2009 – in response to Norwegian’s now daily operation on the airport pair (which it started in July 2014), it seems that Air France is poised to do the same at Paris Orly. After transferring its JFK services to Paris CDG in the mid-70s, and pulling out of the Orly-Newark market at the end of the 90s, the SkyTeam carrier is planning to step back into the market with daily 777-300 services from next summer, to counter or pre-empt a similar route announcement from Norwegian.

The pioneering LCC suggested back in March this year that it was considering opening long-haul bases in Paris Orly and Barcelona, neither of which have borne any long-haul route launch fruit yet. With the gauntlet being well and truly thrown down by Air France in the French media over the weekend, anna.aero’s data elves are wondering what Norwegian’s next move will be. In the meantime, while Bjørn Kjos pontificates on that, they had a look into the existing Paris-New York market.

The last SkyTeam airline to serve the airport pair of Orly to JFK was Delta Air Lines, which operated the route up until 2009, when it was withdrawn as a casualty of the ongoing global financial crisis at the time. Six airlines currently offer over 20,000 seats per week between Paris’ airports and those serving New York – by contrast, eight airlines offer around 50,000 weekly seats from London’s airports to those in the Big Apple. 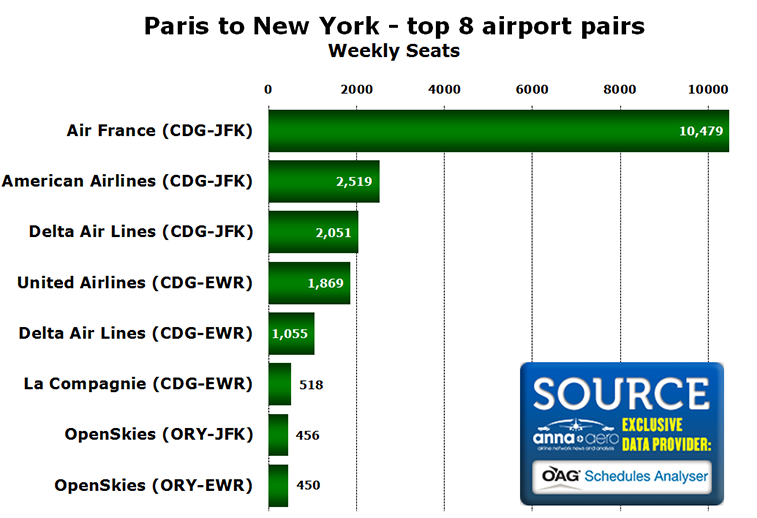 It should be noted that Air France currently offers more seats than the remaining five airlines combined in the Paris-New York market. While the market dynamic will certainly change next summer if Air France and Norwegian both start services from Orly to JFK, one thing will not, and that’s the French national carrier’s dominance in this lucrative city pair.

If Norwegian enters the Orly to JFK market on a daily basis with its 291-seat 787-8s and Air France offers a daily service on its 303-seat 777-300s – and all other airlines maintain their current capacities as per the graph above – Norwegian will achieve just 9% share of weekly seats in the Paris-New York market. Air France’s share will fall marginally from 54% to 53%. When just considering seats out of Orly to New York the split will be much more equal, with Air France holding 42% of the 5,000 weekly seats, Norwegian 40% and OpenSkies picking up the remainder.

Norwegian is gradually building its presence at JFK, having just started two new routes to the Caribbean this week ‒ namely Fort de France in Martinique and Pointe-a-Pitre in Guadeloupe. In terms of the LCC’s current long-haul operations into the Big Apple, it presently has links from four of its European bases:

Which kit will be used?

If the Air France launch is confirmed, it will be interesting to see which aircraft it uses on the route (it has said it will use 777-300s), as currently the airline operates to very different types of long-haul market from the southern Parisian airport (see below). Its 468-seat 777-300s based at the airport only have 14 business class seats (plus 32 in premium economy and 422 in economy), which is not an ideal configuration for the more business-oriented and indeed higher-yielding New York market. Whether it intends to shift a more appropriately configured 303-seat (including eight in first class and 67 in business) 777-300 to Orly from its CDG fleet to operate the JFK service is unknown at this stage. Long-haul services (over 4,500 kilometres) presently operated from Paris Orly:

The decision to have to defend its back yard could not come at a worse time for the troubled national carrier – disgruntled and disillusioned staff, along with some severe fleet cuts and therefore route pruning under way means that belts will be being tightened all over Paris. The last thing it needs is another unprofitable long-haul route which adds operational complexity and possibly a long, drawn-out turf war with an agile and aggressive LCC. 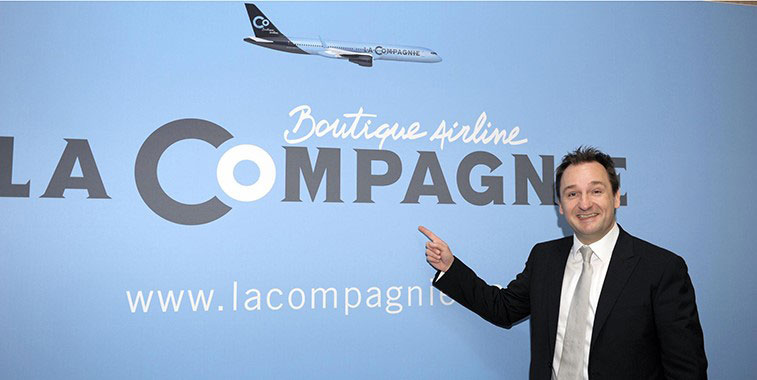 The last new entrant into the Paris to New York market was La Compagnie which launched services from Paris CDG to New York Newark in July 2014. Marketed as an all-business class boutique airline, its passengers are perhaps at the opposite end of the food chain to those which will be courted by Norwegian if it decides to launch services from Paris Orly to New York JFK next summer.