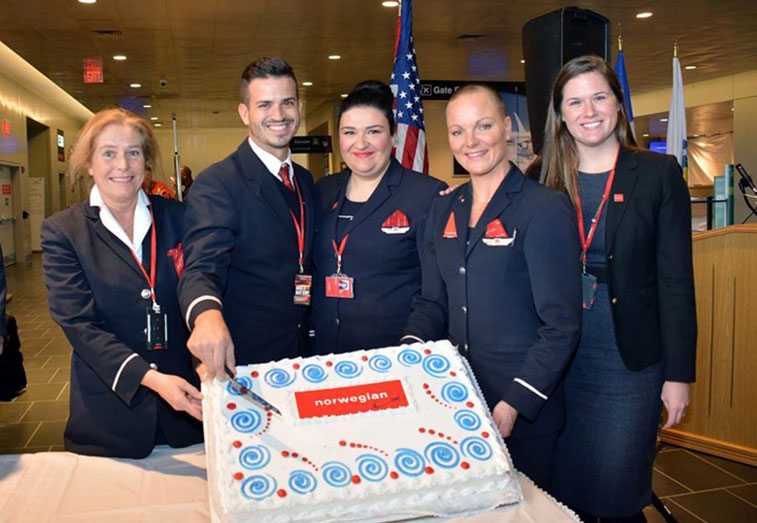 Cutting the cake in Boston is the inaugural crew of Norwegian’s first flight from the US airport to Pointe-a-Pitre in Guadeloupe. The European LCC will also serve Fort de France from the Massachusetts hub with both routes being flown by the airline’s 737-800 fleet. Norwegian will launch long-haul flights from Boston during S16 with the carrier launching services from Oslo Gardermoen, London Gatwick and Copenhagen. The LCC is also planning on launching services to Cork as well from the US city.