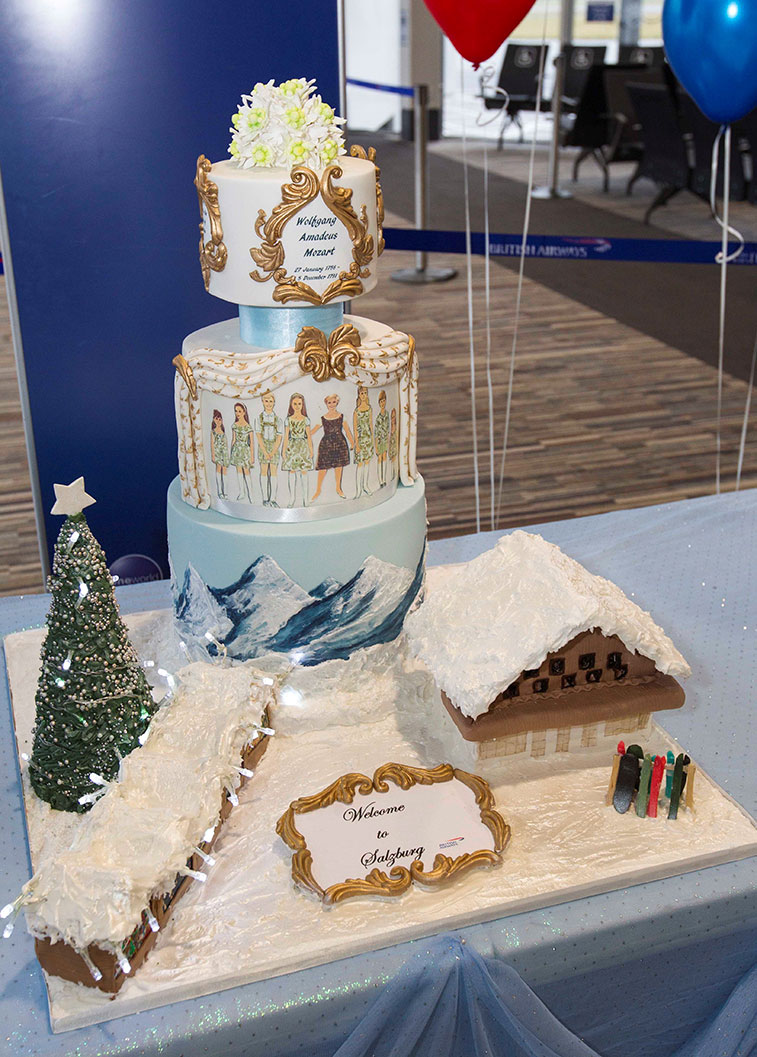 British Airways launched its only international route from Glasgow on 12 December when it commenced a weekly service to Salzburg. The cake was made by a local lady, Susan McInnes, who lives very close to the airport and runs her business by the name of “The Sweetest Thing”. The cake is a three-tiered creation, with each tier representing a different element of Salzburg as a visitor destination. The bottom tier depicts skiing, with chalets, skis, snowboards etc (the chalets have working lights inside and out and the Christmas tree also lights up). The second tier is themed on the Sound of Music, with the Von Trapp family featured around the edge. The top tier has a Mozart theme, including quotes from the composer. Each tier also has a different flavour, culminating in the apple strudel on top.