Dallas/Fort Worth and Cairns airports celebrate their anna.aero awards 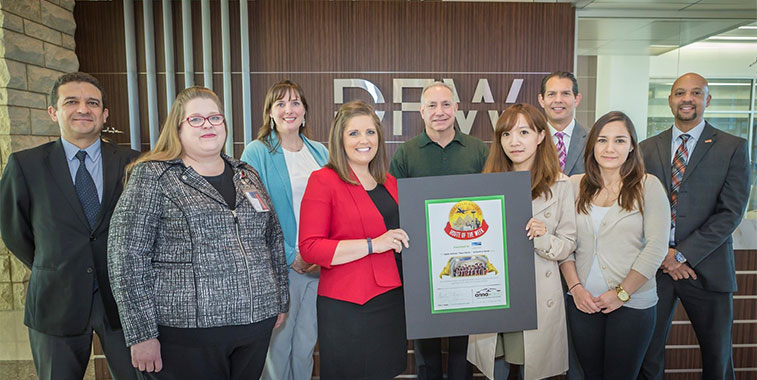 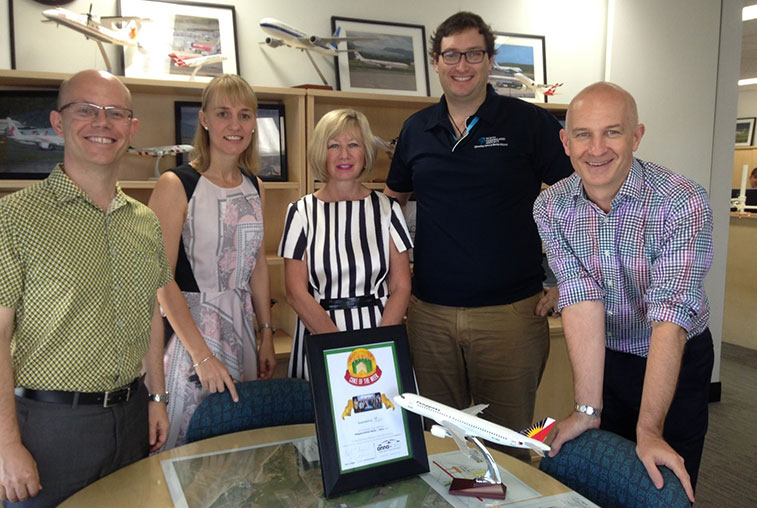 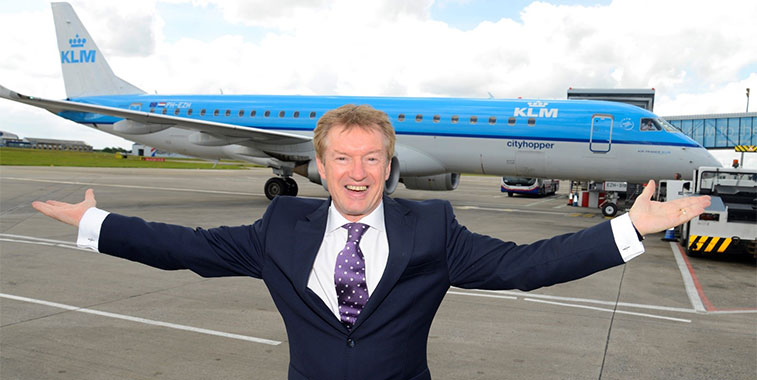 On 10 December, KLM announced that it is increasing capacity on its services between Amsterdam and Leeds Bradford. The SkyTeam member will introduce a fourth additional weekday service from 16 May. Tony Hallwood, Leeds Bradford Airport’s Aviation Development Director, commented: “Leeds Bradford welcomes KLM’s decision to increase flight frequency to Amsterdam which will further support our regional businesses in gaining quicker and easier access to a wider number of international destinations and key markets.” 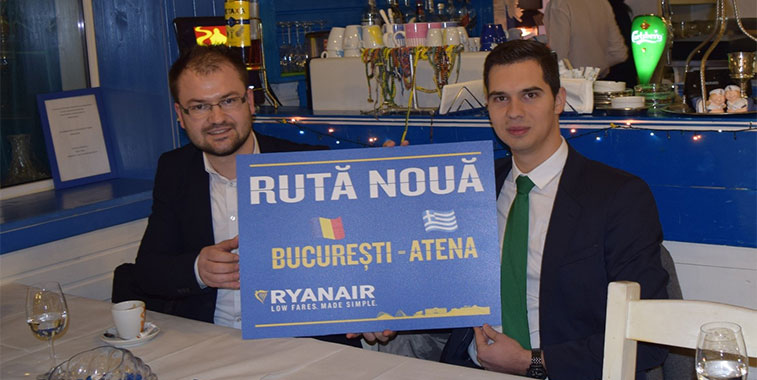 On 9 December, Ryanair announced that it would be adding a sixth aircraft to its Athens base. Following the addition of another 189-seat 737-800 at the gateway to the Greek capital, the Irish ULCC will introduce a new route to Bucharest starting on 27 March. The airline will face direct competition on the 758-kilometre sector from Aegean Airlines (11 weekly flights) and TAROM (daily operations). Athens will be Ryanair’s ninth destination served from Bucharest, as it already operates to Brussels Charleroi, Dublin, London Stansted, Madrid, Milan/Bergamo, Bologna, Rome Ciampino, Dublin and Milan Malpensa, with the latter having been added on 2 December. “With a total of nine routes operating from Bucharest, Ryanair will sustain around 900 jobs and carry 1.2 million passengers within the Romanian country market next year,” confessed Denis Barabas, Sales and Marketing Executive for Romania, Ryanair to anna.aero’s Vlad Cristescu. Overall, with the addition of its sixth aircraft in Athens, Ryanair will be operating to seven new destinations: Berlin Schönefeld (daily), Bucharest (daily) Mykonos (five times weekly), Bologna (four times weekly), Corfu (thrice-weekly), Dublin (thrice-weekly) and Malta (thrice-weekly). Ryanair will not only add new routes from Athens, but will also increase frequencies on the existing services to Rhodes, Santorini and Thessaloniki. 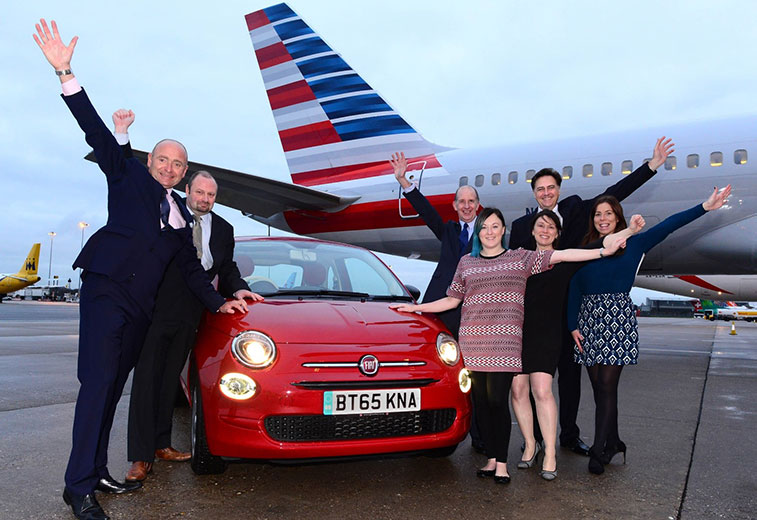 American Airlines recently gave away a brand new Fiat 500 car to Helen Davis, a lucky Midlands-based travel agent from Travel Counsellors, after running a competition with Birmingham Airport. UK-based travel agents were given the opportunity to enter the competition between 29 April and 31 October 2015 once they had secured a booking, for travel before the end of the year, on the new daily American Airlines service from Birmingham to New York JFK. Each economy ticket sold gave one entry and each business ticket three entries. David Thomas, Director of Sales for American Airlines in UK and Ireland, said: “Birmingham Airport is an important part of our regional UK network and the strategy for our Atlantic joint business with British Airways. Demand for more long haul service to key US business and leisure destinations is increasing. Launching Birmingham to New York JFK in May 2015 was our response to that demand.” 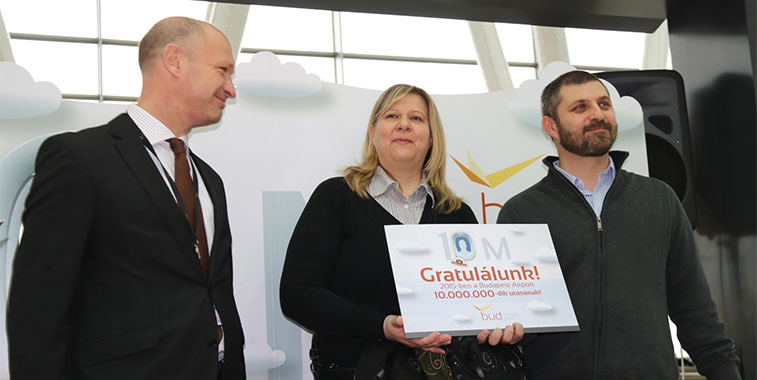 Budapest Airport reached the milestone of 10 million passengers in a year for the first time last week. Airport CEO Jost Lammers, congratulated Zsolt Lukás and his wife on being the lucky 10 millionth passenger. “This is a proud moment, speaking volumes for our hard work and staying power as one of Europe’s leading airports,” commented Lammers at the celebration. Last month saw the Hungarian gateway experience its 12th consecutive double-digit month of passenger traffic growth, more than double the European average. Endorsed by the airport’s strengthening of existing flights, bedding-in of new carriers, and the expansion of route choice, the capital city airport is one of Europe’s fastest growing airports in 2015. 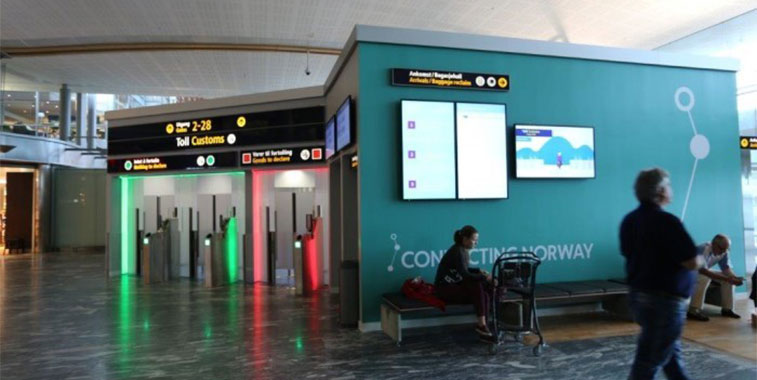 “Connecting Norway” at Oslo Airport has been expanded. Now, about 20,000 passengers per month can proceed directly to their domestic flight after landing from an international flight. All passengers flying with Norwegian or SAS, and who are travelling with hand luggage only, can now take advantage of this, regardless of where they are flying in from. 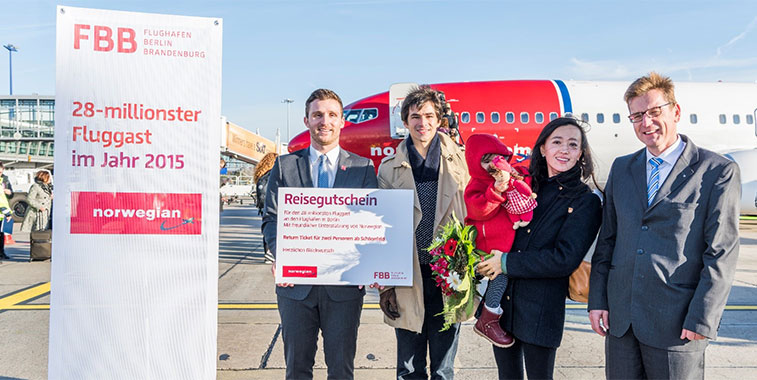 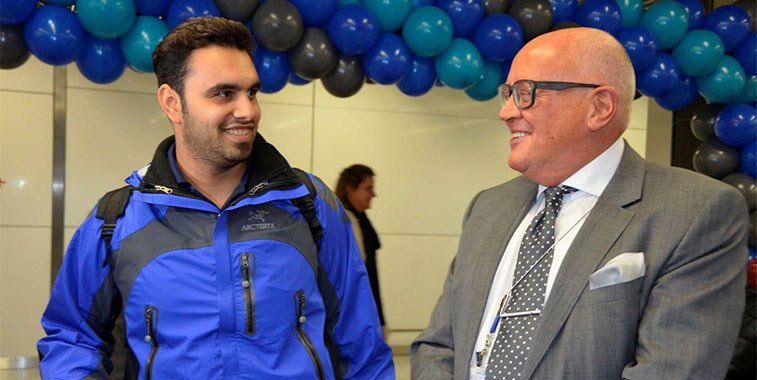 Krakow Airport last week welcomed 27-year-old Amin from Iran as its four millionth passenger in 2015, the first time that a regional airport in Poland has reached this milestone. Amin arrived in Krakow on a Brussels Airlines flight from Brussels to visit friends. Krakow Airport will be hosting Routes Europe next April where anna.aero will once again be producing our on-site magazines full of show news and live interviews. Vilnius Airport was the venue for Lithuania to celebrate 100 years of aviation with some jazz music. “Jazz on the topic of aviation is not a random choice because jazz masters are somewhat similar to aviators. After all, the wish to fly is not possible without professional training; a good improvisation, as well, is impossible without musical talents and experience. The jazz, accompanied by special visualisations, will sound differently in each of the airports – depending on space, the audience gathered for that occasion or simply the passengers waiting for their flight,” explained Indrė Baltrušaitienė, Head of Communications and Marketing at Lithuanian Airports. The network of Lithuanian airports consists of three air gateways in Vilnius, Kaunas and Palanga. During 2014 they handled 3.8 million passengers. Currently, 17 airlines operate regular flights to 55 destinations in 44 cities in Europe and beyond it from Lithuanian airports, while good connections with the country are increased by charter airlines. According to ACI Europe, Lithuanian airports created 2.5% of the country’s GDP during 2013. Vilnius Airport will be the hosts of CONNECT in 2016 (from 13-15 March) at which anna.aero will be present producing our on-site magazines full of show news and live interviews. 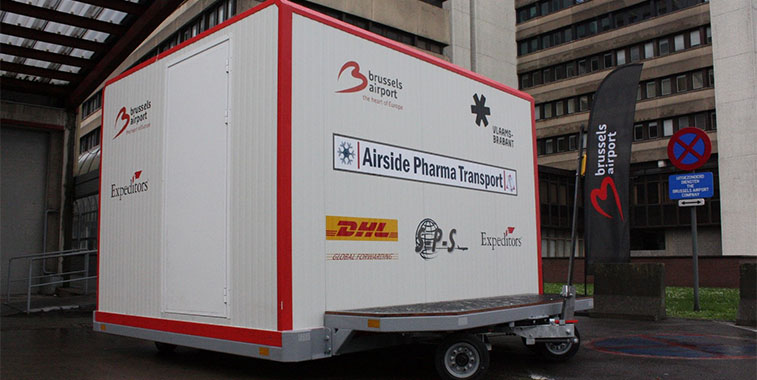 Brussels Airport produced a European first this week, presenting the first “Airside Pharma Transporter”. This passively conditioned trailer holds pharmaceutical shipments within the correct temperature limits during transportation between warehouses and aircraft at an affordable cost. This is crucial because an incorrect temperature can cause rejection of medicines. Until today, the period on the tarmac was considered the most hazardous link in the transportation process. “The pharmaceutical sector is of great economic importance to our country. Brussels Airport Company has set a goal to become the preferred gateway in Europe for the cold chain industry and medicines in particular.” said Steven Polmans, Head of Cargo, Brussels Airport.